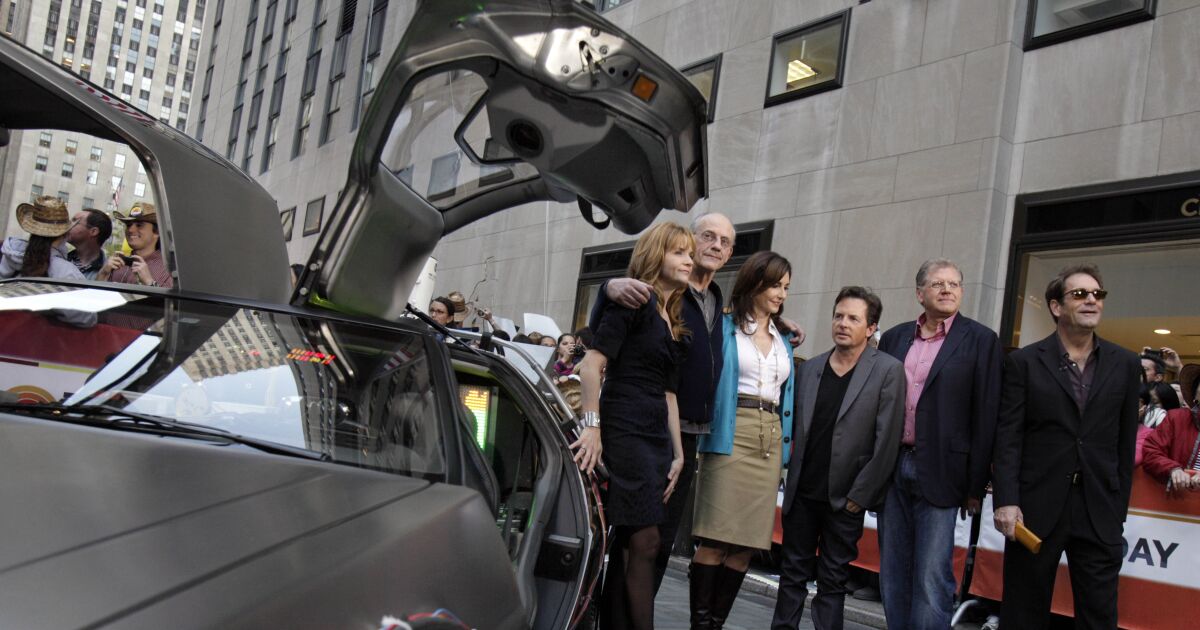 The DeLorean, the time traveling vehicle that Michael J. Fox’s character Marty McFly rode into the future (and the past) in “Back to the Future,” was among the most famous cars in movie history.

Now — nearly four decades later — the iconic symbol of 1980s Hollywood is in the middle of a legal fight.

The Texas-based owner of the DeLorean car trademark is suing NBCUniversal, alleging it hasn’t paid the royalties it is owed.

In a federal court lawsuit filed in Los Angeles this week, the DeLorean Motor Co. said it acquired intellectual property and trademarks for the DeLorean in 1997, and that NBCUniversal is in breach of its contract.

The company alleges that — under a deal that the creator of the futuristic car struck with NBCUniversal — it has a right to 5% of the revenue from merchandising and commercial tie-ups connected to the films.

NBCUniversal, owner of the Universal Pictures film studio, has denied the allegations. An NBC spokesperson was not immediately available for comment.

“Despite NBCUniversal’s continuous use of the license originally granted to Universal Studios, and although NBCUniversal has continued to pay out some royalties, NBCUniversal has failed to fully pay DMC for such use per the 1989 agreement,” the lawsuit states.

The lawsuit does not specify how much money it is seeking.

The case highlights the long history of the DeLorean legacy and its value to the popular movie franchise. The DeLorean Motor Company is not linked to the estate of inventor John DeLorean. But it acquired assets following the collapse of the manufacturer.

The American engineer and inventor John Z. DeLorean founded his car company in 1975 and made only one car, the DeLorean, which was manufactured and marketed in the early 1980s. Its brushed steel exterior and so-called gull-wing doors that open upwards, made it eye catching. The car featured in the 1985 hit “Back to the Future” and the spinoffs it spawned as well as park rides.

DeLorean’s company failed and in 1982 filed for bankruptcy. Another company acquired the inventory and intellectual property. That holding company later sold those assets to the Texas based group DMC, which acquired the entire stock of cars, parts, publications as well as rights and trademarks, according to the court filings.

In 1989 John DeLorean and Universal Studios had struck a deal for the car to be used in merchandising and commercials linked to the movies in exchange for 5% of the revenue from those tie-ups, the DeLorean Motor Co. said in its complaint.

There was also a battle between the DeLorean estate and DMC in New Jersey federal court over who should receive royalty payments from Universal. DMC won a motion to dismiss the estate’s claim, it said.

From toys and posters to lunchboxes, the company said NBCUniversal uses the car to promote its products. It has been featured in other films such as “Ready Player One” but without DMC’s authorization, it said.

DMC is seeking damages to be determined at trial, it said.