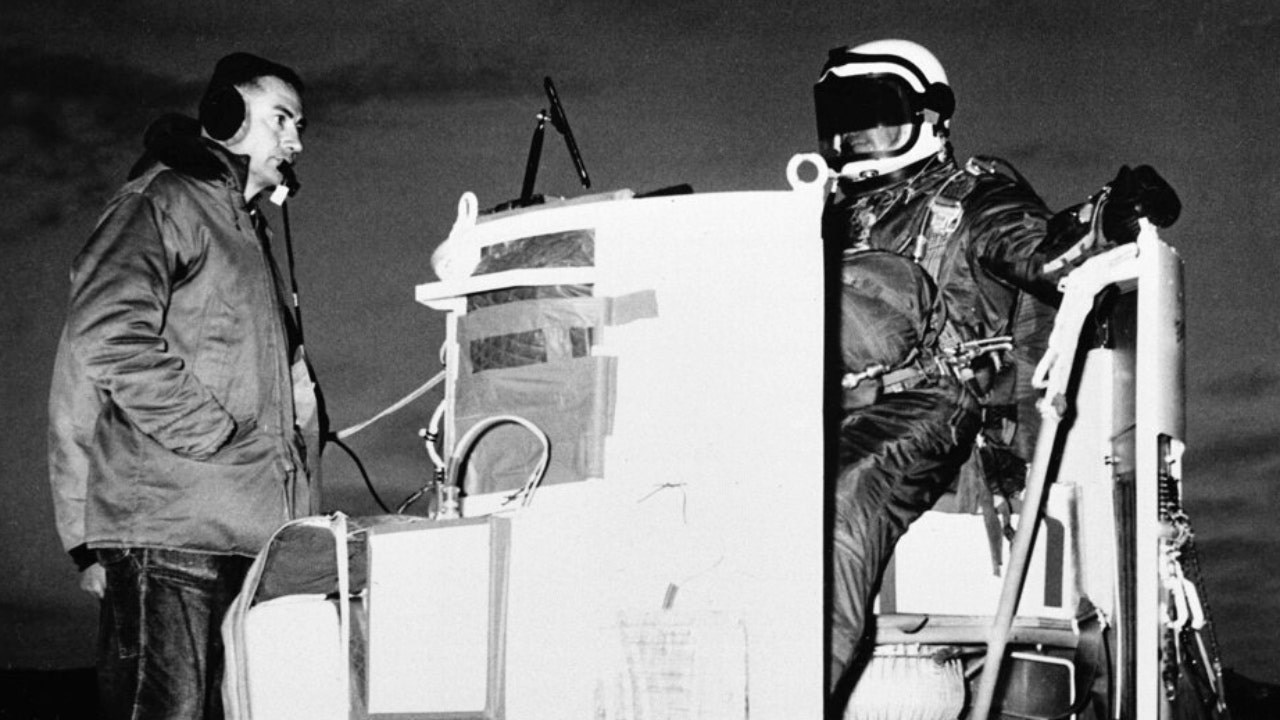 Kittinger, 94, held the record for the highest parachute jump for more than 50 years.

The cause of his death, which was announced by former U.S. Rep. John Mica and other friends, was lung cancer.

Previously an Air Force captain and pilot, Kittinger gained international fame when he completed three jumps over the course of 10 months from a gondola that was hoisted into the stratosphere by large helium balloons.

During his first jump in Nov. 1959, Kittinger nearly died when his gear malfunctioned after leaping from 14.5 miles above the surface.

He lost consciousness as he went into a spin that was 22 times the force of gravity, but was saved when his automatic chute opened.

About a month later, he made his second jump without a hitch from just over 14 miles.

Kittinger’s record came on Aug. 16. 1960, in the New Mexico desert. However, this time, his pressure suit malfunctioned as he rose, leading to his right hand swelling up to twice its normal size before the jump from 19 miles above the surface.

On Aug. 16, 1960, Col. Kittinger stepped from a balloon-supported gondola at the altitude of 102,800 feet. In freefall for 4.5 minutes at speeds up to 614 miles per hour and temperatures as low as -94 degrees Fahrenheit, he opened his parachute at 18,000 feet.
(NASA/Corbis via Getty Images)

He exceeded a speed of 600 miles per hour before the gradually thickening air slowed his fall to about 150 mph when his parachute deployed at 18,000 feet.

“There’s no way you can visualize the speed,” the Tampa native told Florida Trend magazine in 2011. “There’s nothing you can see to see how fast you’re going. You have no depth perception. If you’re in a car driving down the road and you close your eyes, you have no idea what your speed is. It’s the same thing if you’re free falling from space. There are no signposts. You know you are going very fast, but you don’t feel it. You don’t have a 614-mph wind blowing on you. I could only hear myself breathing in the helmet.”

Kittinger stay in the Air Force after his jumps and served three tours of duty during the Vietnam War.

FILE – In this photo provided by the U.S. Air Force, Capt. Joseph Kittinger Jr., aerospace laboratory test director, sits in the open balloon gondola after his first parachute test jump for Project Excelsior at the Air Force Missile Development Center, N.M., Nov. 16, 1959. The gondola carried him at an altitude of 76,400 feet for his record free fall jump of more than 12 miles. At left is David Willard, who designed and developed special equipment for the gondola.
(AP Photo/File)

In May of 1972, he was shot down but ejected and was later captured, spending 11 months in a Hanoi prisoner-of-war camp and undergoing torture.

Kittinger retired from the Air Force in 1978 and become a local icon in the Orlando area.

His record was broken in 2012 by Austrian Felix Baumgartner, jumping from 24 miles above the New Mexico desert and reaching a speed of 844 miles per hour. Kittinger was an adviser.

He is survived by his wife, Sherri.

“Joe will be greatly missed, but his achievements and legacy will long be admired and remembered by explorers throughout the world, Explorers Club President Richard Garriott de Cayeux wrote in a statement.

Kittinger, a member of the club, was a distinguished recipient of the 2001 Explorers Club Medal.

Julia Musto is a reporter for Fox News and Fox Business Digital.