Letters to the Editor: We asked readers where to get wind and solar energy. Here are your ideas 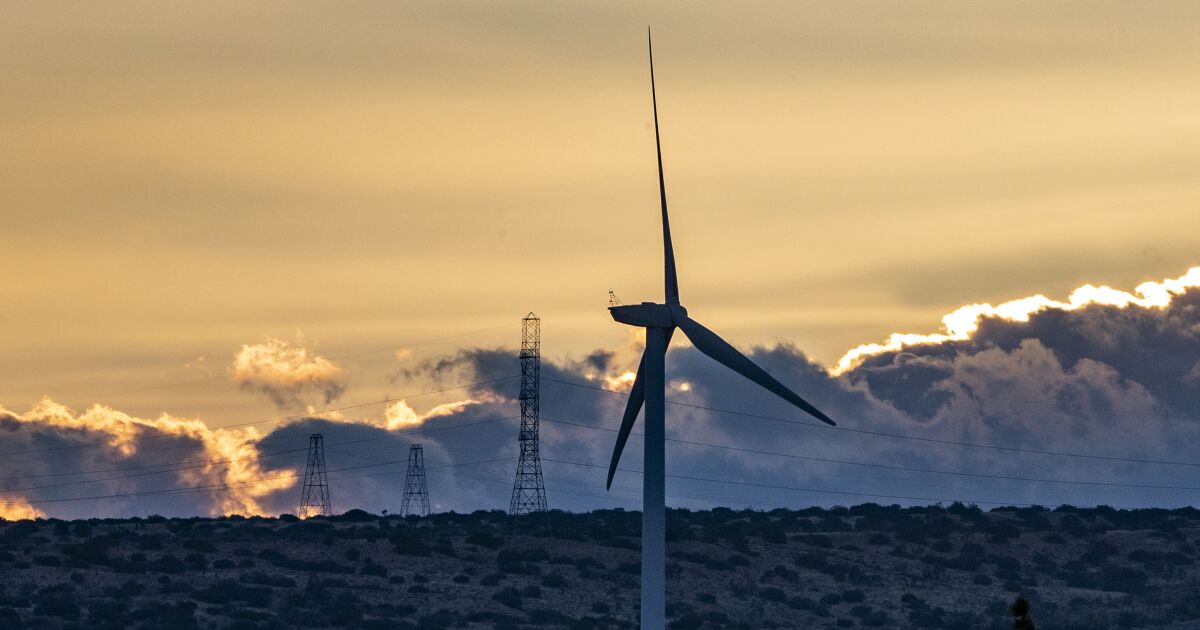 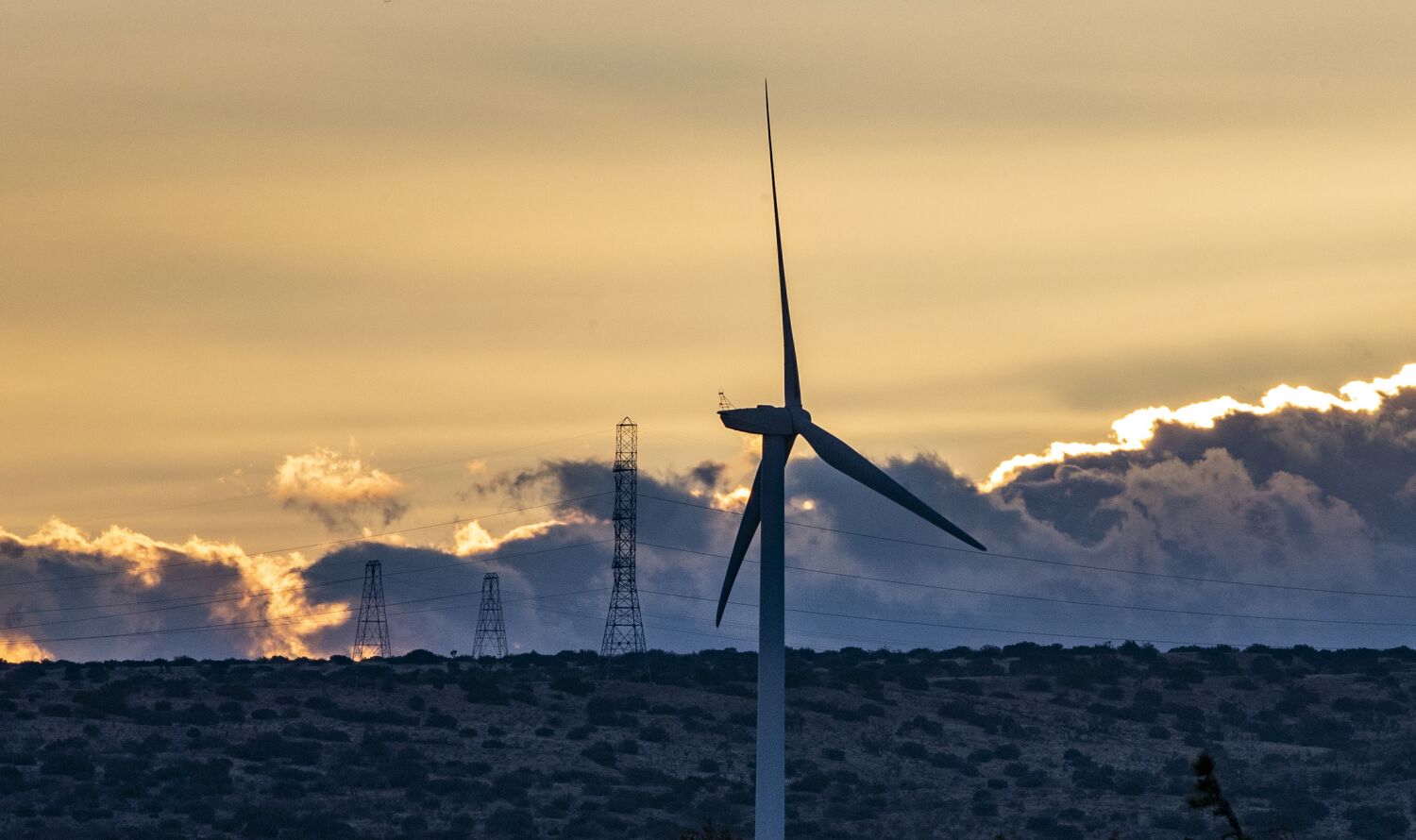 To the editor: Thanks to The Times’ editorial board for its solicitation of readers’ ideas for locating solar and wind power installations. We need every good idea we can get.

I’ve long thought about highway median strips and gore points as a vast resource of underutilized land throughout California where solar installations could be built. These locations are already “disturbed,” so putting solar panels on them won’t further disrupt environmentally sensitive land.

One prime example is State Route 14 through Palmdale and Lancaster, where there are wide, flat medians that get abundant sunshine. The highway is located within the cities’ boundaries, so the power can be routed to homes and businesses without building miles and miles of expensive transmission lines.

There are also excellent potential locations for “solar highways.” In 2008, Oregon completed the nation’s first solar highway at the interchange of Interstates 5 and 205 south of Portland. Similar projects have been built in Germany, Austria, Spain and Switzerland. The Sacramento Municipal Utility District (SMUD) has done a feasibility study on solar highways, but has not built one.

Last I checked, California has lots more sun, and lots more highways, than Oregon. Let’s do it.

To the editor: While everyone may revel in thoughts of creative and “sexy” ways to implement new renewable energy generation devices, this ignores the most basic priority when thinking about the challenges confronting California.

Rather than dreaming about something new, why aren’t we focused on efficiently implementing the successful systems and technologies we already have?

To the editor: The wonderful facet of solar energy is that it can be used at the point of generation and distributed locally. For example, let’s put solar panels on all the shopping malls and parking garage roofs. Then we can all charge our cars while we are shopping in clean and green stores.

Also, put solar panels on all of our public schools in California. Let’s give our beleaguered and disheartened youth tangible evidence that the future will be theirs.

Another idea: Former Dodgers owner Frank McCourt wants to build a gondola transporting people from L.A. Union Station and Chinatown to Dodger Stadium. Fine, but let him first put solar shade structures on the 100-plus acres of the stadium’s sun-baked asphalt parking lot that he still owns.

Similarly, solar at SoFi Stadium and other energy-intensive venues with plenty of downtime can provide electricity to surrounding communities.

On another note, consider the constant tidal forces off our extensive coastline. Already some companies are working to scale systems that generate electricity using the tides.

To the editor: On Google Earth, find Kramer Junction in the Mojave Desert (at Highway 395 and State Route 58). Just north is a large solar array already wired into the grid.

North of Kramer Junction there is open desert for 25 miles until Red Mountain. If one were to make an east-west line 25 miles long centered on the 395, this square would enclose 625 square miles of land with excellent solar opportunities.

This site is close to the L.A. Basin, has high solar incidence and already has power lines and rights of way. Designation of this area as a solar development area would allow for planned development of projects here, reducing the scope of environmental impact studies and the overall costs for projects sited here.

Concentrating this business here would spare many other sensitive sites and provide assurance to investors that their money will go toward building the project, not merely studying sites and going through lengthy review processes.

By all means, we should be installing solar in urban areas too. But for large-scale, high-efficiency projects, this site has everything going for it.

To the editor: Solar panels can and should cover our home, apartment and commercial building rooftops; parking lots; storm drain channels; blacktop school playgrounds and wherever else they can be installed to provide power and shade.

And while we’re at it, how about building a wind turbine farm in the Santa Susana Mountains of Porter Ranch, where the winds are frequent and strong, so we can shut down the Aliso Canyon gas storage facility and eliminate its methane leaks once and for all?

To the editor: Thanks for this question and the suggestions you cover in the editorial. Here’s another.

The United States currently has about 26 million acres dedicated to the production of corn-based ethanol for fuel. As we reduce our dependence on gasoline — by, for instance, converting to electric vehicles — this land will not be needed for that purpose anymore.

As several studies have shown, converting just a fraction of this land to solar production would supply all of our current electrical needs. No new land, sensitive or otherwise, would be needed.

To the editor: To me the most logical placement of solar panels is along the Southern California Edison rights of way under its transmission lines. The question is, what’s stopping them?

Other locations could be along the flood control channels, with panels suspended above or placed along the banks. Another consideration would be along freeway medians.

To the editor: Solar panels can be made to bridge roads, highways, freeways, railways, canals, rivers and drainage channels. Solar panels can also be placed over rest areas and parks and under high-voltage power lines where trees can’t be planted.

To the editor: As we drive on the 10 Freeway to Palm Springs past the wind turbines, we often wonder if the vast, seemingly unused land beneath the structures could not be used for solar installations.

No doubt access roads are needed to service the turbines, but there would still be ample space for solar panels.