Marubeni (MARUY): Having A Good Year, But Wait For Pullback 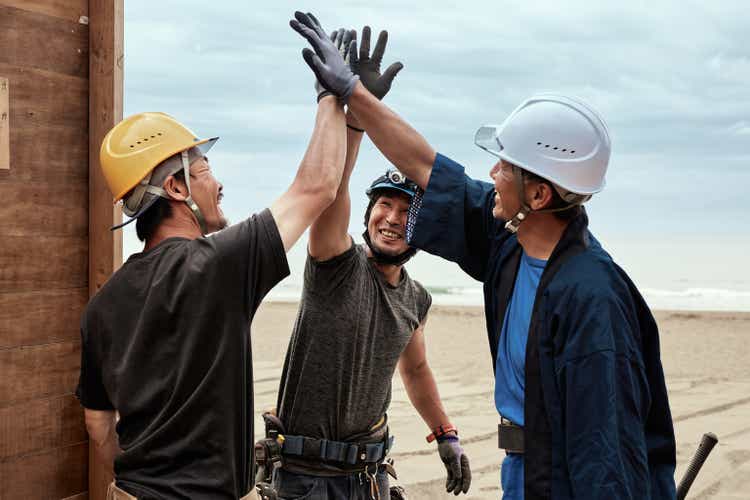 
Marubeni Corp. (OTCPK:MARUY), a Japan-based conglomerate with its hands in a wide variety of market sectors and segments, has been outperforming in a number of verticals in 2022 and appears headed to do the same in 2023.

Under current economic and market conditions, the company has been resistant to the slowdown, but that could change if the recession gets deeper for longer and demand for commodities and raw materials declines at meaningful levels.

That said, the company, as with all conglomerates, is difficult to analyze because it has its fingers in so many disparate verticals. For example, outside of commodities, it competes in the aircraft leasing business, as well as logistics, which operate under different parameters than commodities in general.

With that in mind, looking at the big picture numbers and how the disparate businesses operate as a whole, in my opinion and experience, is the best way to look at the growth prospects and overall health of a company like MARUY.

For now, the company is running on all cylinders, but with the recent boost in its share price, I think it’s best to wait for a pullback before considering taking a position in the company.

In this article, we’ll look at its first half numbers, some of its performance in different segments and sectors, and how its prospects look heading into 2023.

Some of the numbers

As we look at the latest numbers, bear in mind they represent the first six months of fiscal 2022 and fiscal 2021, when comparing them against one another.

Top producing segments in the first half

Since companies like MARUY are difficult to get a handle on because of the various business sectors and segments they compete in, it’s helpful to look at the top producers in any period of time to get an understanding of its prospects in the near term.

For MARUY, the top three producing segments in the first half of fiscal 2022 were its Agri Business, Metals & Material Resources, and Energy.

Revenue in its Agri Business jumped by ¥44.2 billion; revenue in Metals & Material Resources increased by ¥32.7 billion; and revenue in Energy climbed ¥30.4 billion.

On the profit side of the ledger, leading segments included Metals & Material Resources, Finance, Leasing & Real Estate Business, and Power.

Since Agri Business, Metals & Material Resources, and Energy were the top performing segments in the first half, it’s important to consider the fact that in part that came from the conflict between Ukraine and Russia. With no signs of that being resolved going forward, those segments should continue to do well, with energy possibly being under more pressure than the other two in 2023 from some supply replacing the Russian supply, which would put some downward pressure on prices.

For now, I don’t see the same happening in its Agri Business and Metals & Material Resources segments, which should continue to retain higher prices, depending upon the product within each segment and vertical. But as a whole, I see prices in agriculture and metals remaining high or increasing.

What has yet to be answered is how long and deep the recession will be, and if it’s a harsh one, demand for a number of products will decline and that would change the narrative of MARUY over the next year or two.

MARUY has a lot of tailwinds and momentum going for it, but with uncertain economic headwinds ahead, that could quickly change, especially in energy and metals. I think agriculture will remain strong for the reason the world must continue to be fed and inputs are needed in order to meet demand.

If there are negative impacts from a worsening global economy, MARUY does have enough segments to at least partially offset some of the negative results that would occur under that scenario.

Even so, as the company stands today and based upon the visibility we have, it looks like it should maintain momentum at least through the first half of 2023, and longer if the recession is a mild one. If it does get worse than some expect, then the company will experience the effects of it like most other companies will.

That said, it is diversified enough and operating in an economic climate that favors its largest segments as things stand today.

I like how things look for MARUY, but after the recent increase in its share price, it’s looking a little expensive. Waiting for the price to come back to a better entry point would probably be best, not only for potentially better gains, but because there’s no way of knowing how the economy is going to do over the next year, and it protects the downside if it goes sour and the price of MARUY drops further than expected.