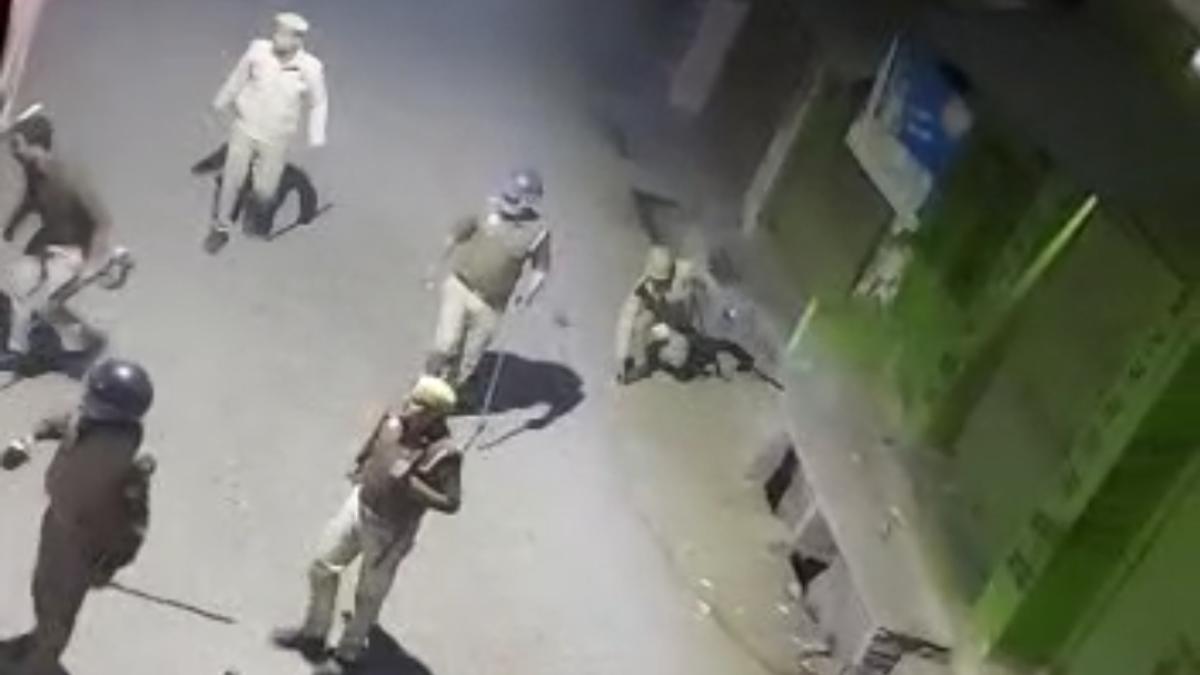 
A mob pelted stones at the police during a clash that broke out after cops stopped a biker for checking during patrolling in Uttar Pradesh’s Badaun district on Friday.

A clash broke out between a mob and cops in UP’s Badaun. (Photo: India Today)

By India Today Web Desk: Tension prevailed in Badaun district of Uttar Pradesh after a mob pelted stones at the police during patrolling in Kakrala town in Alapur police station area on Friday. A dozen policemen were injured in the clash while six miscreants have been arrested in connection with the case.

According to police sources, yesterday at 7 pm, CO Dataganj Alapur and police station president, Sanjeev Shukla, along with his police team were patrolling and conducting vehicle checks.

The altercation took place when police stopped a biker for checking. The latter protested and called other people, following which a clash broke out between the police and the crowd. The mob started pelting stones on the cops.

Trying to control the situation, police resorted to lathi-charge to disperse the raging crowd. Several people, including policemen, were injured in the clash.

Senior officials, including the SSP, reached the spot to investigate the incident.

They also pelted stones at the police force. Some police vehicles were damaged due to stone-pelting. Case registered. Identification is being done by checking CCTV footage. 3 people arrested. Efforts are on to nab other accused.Stern action to be taken against accused:SSP, Badaun pic.twitter.com/AgYb5bnlEK
— ANI UP/Uttarakhand (@ANINewsUP) December 9, 2022

SSP OP Singh said, “More than a dozen policemen have been injured in this incident and many police vehicles have been damaged by the miscreants. So far, 6 people have been detained in the case.”

Efforts are on to trace the other accused. A case has been registered against 28 named and 300 unknown people in connection with the riots in Kakrala town, Singh added.

(With inputs from Ankur Chaturvedi)