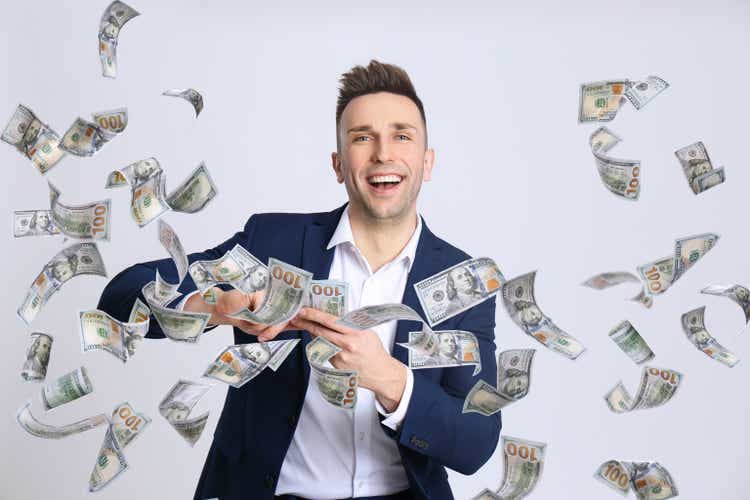 Despite the highly anticipated reopening cadence in China, it is apparent that Mr. Market is still wary about the potential turnabout, due to the minimal stock recovery thus far. XPeng Inc (NYSE:XPEV) continues to be butchered with a -78.12% plunge YTD, while NIO Inc (NYSE:NIO) fared slightly better at -62.41% against BYD Company Limited (OTCPK:BYDDF) (OTCPK:BYDDY) at -26.54%, and the S&P 500 Index at -17.98% at the same time. Despite so, consensus estimates remain bullish about NIO & XPEV’s prospects, due to their price target of $21.05/$17.67 and the 58.99%/51.15% upside from current prices.

Why wouldn’t they, given NIO’s highly promising entry to the EU market, where the government is aggressively expanding the number of EVs on the road by 21-fold to 30M through 2030? The management has already planned to install 20 power swap stations in the EU by the end of 2022 and another 100 by 2023. While those numbers may seem insignificant compared to its existing facilities in China at 1.21K swap and 2.05K charging stations, it is important to note that the company only unveiled its products recently in October 2022. Thereby, signifying its long runway for growth and adoption in the region.

In the meantime, XPEV has also accepted reservations in the EU since Q1’22, with sales already successfully recorded in Norway and new models planned for 2023. Combined with its newly launched XNGP (the equivalent of Tesla’s Autopilot), it is not hard to see why the company continues to be touted as the next Tesla (TSLA). Its semi-autonomous driving system is already approved for beta testing on Guangzhou’s public roads since October 2022, with further rollouts planned in several dozen cities by Q3’23.

Naturally, XPEV’s Advanced Driver Assistance [ADAS] product is based on dual-LiDAR/ camera systems, whereas TSLA champions a pure-vision approach instead. However, with Ford (F) preferring to take a $2.7B impairment on the Argo AI driving technology and General Motors (GM) winning the first robotaxi permit in San Francisco with Cruise, it still remains to be seen which company would emerge as the ultimate winner, given the very nascency of autonomous application. Furthermore, the US DOJ is supposedly investigating TSLA’s claims of autopilot capabilities, due to the “notorious” record its system has accumulated thus far.

Nonetheless, while it may seem farfetched to compare NIO’s NTM P/E valuations of -20.78x and XPEV’s -12.40x against TSLA’s 32.98x and BYD’s 33.49x at the same time, we do not think that it is overly ambitious in projecting that both companies boast the potential to similarly reach those levels. Naturally, it is contingent on the successful restructuring of both companies’ operations, AI/ADAS/model offerings, the ramp-up in their production output, and the eventual profitability. Only time will tell.

It is apparent by the latest quarter, that NIO has outperformed XPEV by a large distance, despite the minimal difference in their FQ3’22 delivery of 31.6K and 29.57K vehicles, respectively. The former has boasted a 32.6% YoY revenue growth, while the latter lag behind with 19.3% instead. Nonetheless, both companies have demonstrated great gross margins of ~13%, despite the rising inflationary pressures, though still notably paling in comparison against BYD at 19% and TSLA at 25.1% at the same time.

In the meantime, both NIO and XPEV have also demonstrated great ambitions, especially the former, due to the aggressive 247.05% YoY increase in R&D expenses compared to the latter at 18.25%. While the % of revenue spent may seem somewhat similar at ~22%, we must also highlight NIO’s higher R&D expenses of 2.94B Yuan compared to XPEV’s 1.49B Yuan at the same time. With NIO spending 611.9M Yuan on Stock-Based Compensation [SBC] expenses by the latest quarter, we can infer how important talents are to the company, compared to XPEV’s 152.6M Yuan at the same time.

Furthermore, NIO continues to boast a more robust balance sheet, with 44.8B Yuan in immediate liquidity, despite the increased reliance on debts at 12.54B Yuan at the same time. With both companies reporting elevated inventory levels of 6.67B Yuan and 4.38B Yuan at the same time, demand seems to be slowing at that time, due to the lagging economic growth from the relentless Zero Covid Policy. Even Tesla has had to offer approximately 10% discount, while also closing its flagship showroom in China and supposedly cutting production output in its Shanghai factory.

However, with the government suddenly shifting gears away from the Zero Covid Policy post-nationwide-riots, we expect to see a slow but steady return in China’s economic activity, significantly boosted by the 300B Yuan stimulus package. Some analysts have already gone as far as to project an optimistic 5% GDP growth in 2023 against 6% in 2019, pointing to the possibility that the worst is already over. Combined with the extension of EV subsidies through 2023, we expect deliveries to naturally rebound by H1’23, if not earlier, by Q4’22.

Over the next few years, NIO & XPEV will naturally remain unprofitable, due to their growth at all-cost strategies. However, we are not overly concerned, since the land grab is more important for now as China reopens. Furthermore, TSLA notably took fifteen years to report positive cash from operations and another two years to reach net income profitability. Therefore, we are not in a rush at all, since both companies may also hit positive FCF generation by 2024, despite the uncertain global economic events. Not too bad, indeed.

In the meantime, we encourage you to read our previous article on Chinese EV stocks, which would help you better understand their position and market opportunities.

Despite the recent reopening cadence, both NIO & XPEV continues to trade below their YTD EV/Revenue and P/E means thus far. Thereby, pointing to the stocks’ undervaluation indeed. Given the bullish projection of NIO’s FY2026 EPS of $0.73 and a moderate P/E valuation of 25x, we could potentially reach an ambitious price target of $18.25. In the meantime, XPEV may also outperform at $62.75, based on the FY2026 EPS of $2.51.

As with projections, it remains to be seen if Mr. Market will eventually look past geopolitical issues, while rewarding these two stocks with the premium valuations. Especially since BYD continues to trade with a massive -87.15% discount at $24.7, despite the supposed 6M output by 2024, promising EPS of $5.74, and NTM P/E valuations of 33.49x.

However, we continue to rate both NIO & XPEV stocks as Buys due to their high risk/reward ratios, as geopolitical risks do not last forever and macroeconomics are expected to normalize by 2024. If we are really forced to choose one, XPEV would be the obvious choice. This is due to the massive progress demonstrated by its autonomous system, though we remain highly invested in NIO’s potential success in the EU as well. Good luck, all.

Share
Facebook
Twitter
Pinterest
WhatsApp
Previous article
Ishan Kishan determined to grab chances with both hands after 210 vs Bangladesh: My bat will do all the talking
Next article
Review: ‘Brick Lane’ author Monica Ali returned this year after a decade. How the novel stacks up
- Advertisement -