ON Semi: The Rally Was Impressive – Wait & See For Now (NASDAQ:ON) 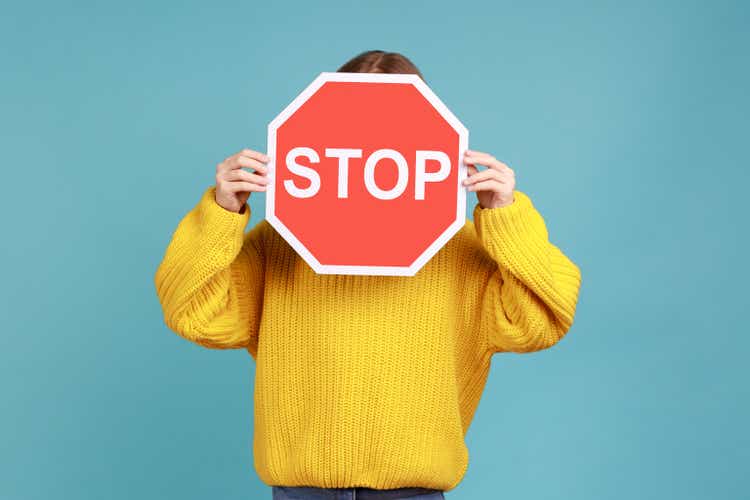 ON Semiconductor (NASDAQ:ON) has done very well indeed, with a 60.22% and $5.3B QoQ expansion in the long-term supply agreements to $14.1B by FQ3’22. Its intelligent power and sensing solutions segment, comprising automotive, renewable energy, and industrial applications, continue to report an excellent revenue increase by 11% QoQ and 43% YoY as well.

It is apparent that market analysts are taking better notice of this particular company, due to the massive recovery witnessed thus far. The ON stock has recorded a stellar 49.74% rally since rock-bottom levels in early July 2022, reaching its previous status quo at the start of the year. That is an impressive feat indeed, since the S&P 500 Index has underperformed with a -17.98% decline YTD, as with Nvidia (NVDA) at -46.48% and Qualcomm (QCOM) at -36.52% at the same time.

Now, why do the two other stocks matter? Both QCOM and NVDA are also deftly riding on the massive shift toward automotive and industrial applications, away from conventional data centers and PC/gaming chips. QCOM boasts the leading automotive design win pipeline across connectivity, digital cockpit, and Advanced Driver Assistance System of over $30B by FQ4’22. Its growth is obviously impressive at 57.89% and $11B QoQ in the latest quarter, otherwise by a gargantuan 300% and $20B YoY, despite the peak recessionary fears. In the meantime, NVDA performed decently as well, with an $11B automotive pipeline wins thus far, though naturally muddled by the underperformance of its PC/gaming segments.

The next semiconductor super-cycle will be propelled by this electrification tsunami, as witnessed by Advanced Micro Devices (NASDAQ:AMD) and NVDA over the past few years. The global EV market is expected to grow at an accelerated CAGR of 22.5% to $1.1T, with the number of EVs on the road expanding to 350M at a CAGR of 40.41% through 2030. The global IoT market is not to be ignored as well, due to the $2.46T of market value by 2029 at a CAGR of 26.4%. Thereby, providing investors with the much-needed diversification for strategic portfolio growth over the next decade.

ON Is Riding A Massive Automotive & Renewable Wave

Though the ISG & ASG segments account for a smaller portion of ON’s revenues by 49.08%, it is also immediately apparent that these two contributed more towards the company’s profitability, due to the richer gross margin. Furthermore, with the robust demand for SiC in the Automotive and IoT markets, we expect these two segments to grow at an accelerated pace ahead, boosting ON’s top and bottom-line growth through the decade. The two end segments already accounted for 68% of the company’s Q3 revenues, growing by 2 percentage points QoQ and 7 points YoY.

Its current stock premium is not a surprise at all, since ON aggressively expanded its long-term supply agreements. Combined with the excellent guidance of 60% YoY growth in energy infrastructure for FY2022 revenues, there are no signs of destruction in demand indeed, with the global renewable energy market expected to expand to $1.99T in value by 2030, at a CAGR of 8.6%.

This optimism is also shared by many renewable energy stocks, due to the massive boost from Inflation Act and the upbeat development in California’s solar incentive program. Certain stocks, such as First Solar (NASDAQ:FSLR), had recorded an extraordinary rally of 227.05% since July 2022, with Enphase Energy (NASDAQ:ENPH) similarly experiencing a 61.99% stock recovery at the same time. Even Daqo New Energy (NYSE:DQ) also witnessed an impressive 13.60% stock rally YTD due to the strength of its multiple long-term supply agreement and ambitious 200K MT of polysilicon expansion plans in Inner Mongolia. Impressive indeed, despite its inherent geopolitical risk.

The global solar energy demand is expected to grow tremendously from one Terawatt in April 2022 to 2.3 Terawatt by 2025, with China accounting for approximately 30% of that demand, while the EU and the US doubled to 2.86% and 2.95%, respectively. Thereby, explaining ON’s impressive stock rally since bottoming in mid of the year, partly attributed to its long-term solar agreement of over $1B in revenue.

Then again, this comes as no surprise since ON has also shown tremendous mastery over its supply chain management. Having successfully expanded its silicon carbide wafer fab starts by three-fold thus far, the company is on track to triple its SiC revenue for FY2022. Considering that another doubling is expected by FY2023, ON may just deliver its guidance of $1B in SiC revenues then, significantly aided by its previous GTAT acquisition in November 2021 and growing long-term supply agreements.

In the meantime, ON’s forward execution remains in-line with our previous article, which is further detailed below:

The question naturally stands of whether ON is still a good buy at these levels, due to the immense baked-in premium. With the ON stock trading at NTM P/E valuations of 15.22x against its 5Y mean of 16.14x and YTD mean of 13.82x, the better question is whether investors are comfortable with a moderate level of volatility through the uncertain 2023, before the macroeconomics improves by 2024. Furthermore, at $70.14, ON appears to have maxed out the market optimism due to the minimal 4.42% upside to the consensus estimate price target. While the stock could still hit our ambitious price target of $122 based on its FY2026 EPS of $6.13 and P/E valuations of 20x, we prefer to wait and see how things unfold over the next few days.

With the November labor market report and service industry report proving overly bullish against Powell’s previous dovish statement, we reckon that there will be more uncertainties in the short term, depending on the November CPI reports released by 13 December and, consequently, the Feds’ next hike on 14 December. The optimism surrounding a 50 basis point hike may not be sufficient to counter the raised terminal rates to over 6% indeed. Thereby, pointing to more chances for loading up at the mid $50s.

In the meantime, conservative investors may want to take some gains off the table at this peak, while coming back in again at the next dip.