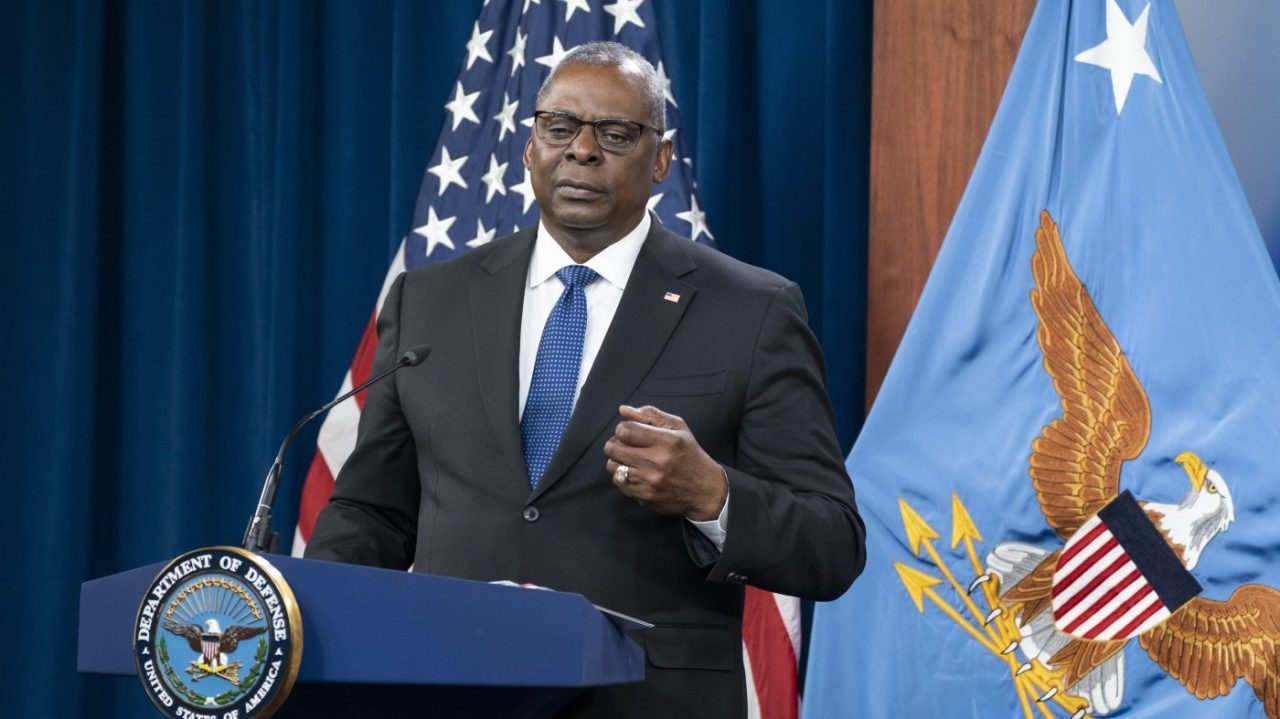 Defense Secretary Lloyd Austin said Russia is “modernizing and expanding its nuclear arsenal” as its invasion of Ukraine continues and Russian President Vladimir Putin has made threats about using nuclear weapons in the conflict.

Austin spoke on Friday at a ceremony for the new head of U.S. Strategic Command (STRATCOM), Anthony Cotton. The agency is responsible for strategic nuclear deterrence, nuclear operations and missile defense. Cotton took over for Charles Richard, who had served in the role since 2019 and retired Friday.

Austin acknowledged several challenges facing STRATCOM in the near future, including the expanding Russian nuclear arsenal and Chinese nuclear forces that are growing, modernizing and diversifying.

“And as the Kremlin continues its cruel and unprovoked war of choice against Ukraine, the whole world has seen Putin engage in deeply irresponsible nuclear saber-rattling,” he said.

“So make no mistake. Nuclear powers have a profound responsibility to avoid provocative behavior, and to lower the risk of proliferation, and to prevent escalation and nuclear war,” he continued.

Putin this week insisted that Russia’s nuclear arsenal would only be a “factor of deterrence” in the war with Ukraine, but he has repeatedly made threats throughout the nine-month war that have concerned U.S. and other officials worldwide.

He has said that Russia would be willing to use nuclear weapons to defend its territory, but has clarified that includes the four regions of Ukraine that Russia seized and illegally annexed through illegitimate referendums in September.

The referendums in the four regions — Donetsk, Luhansk, Zaporizhzhia and Kherson — passed overwhelmingly but were condemned as not free or fair by much of the international community.

Putin said in October that Russia does not intend to use nuclear weapons in Ukraine, but President Biden questioned his intentions, noting that the Russian president repeatedly talks about nuclear weapons.

Austin said STRATCOM’s goal is to deter conflict and keep the peace, which he said means a secure, safe and effective U.S. nuclear arsenal as the “ultimate backstop” against attacks on the U.S. and its allies.

On The Money — Congress losing time to avert shutdown

“And we all understand that nuclear deterrence isn’t just a numbers game,” he said. “In fact, that sort of thinking can spur a dangerous arms race.”

He said STRATCOM is developing capabilities to prevent conflict and integrate its abilities across all domains, including space and cyberspace.

Austin said Cotton has had a “tremendous” career and thanked him in advance for what he would bring to the agency.