Review: ‘Brick Lane’ author Monica Ali returned this year after a decade. How the novel stacks up 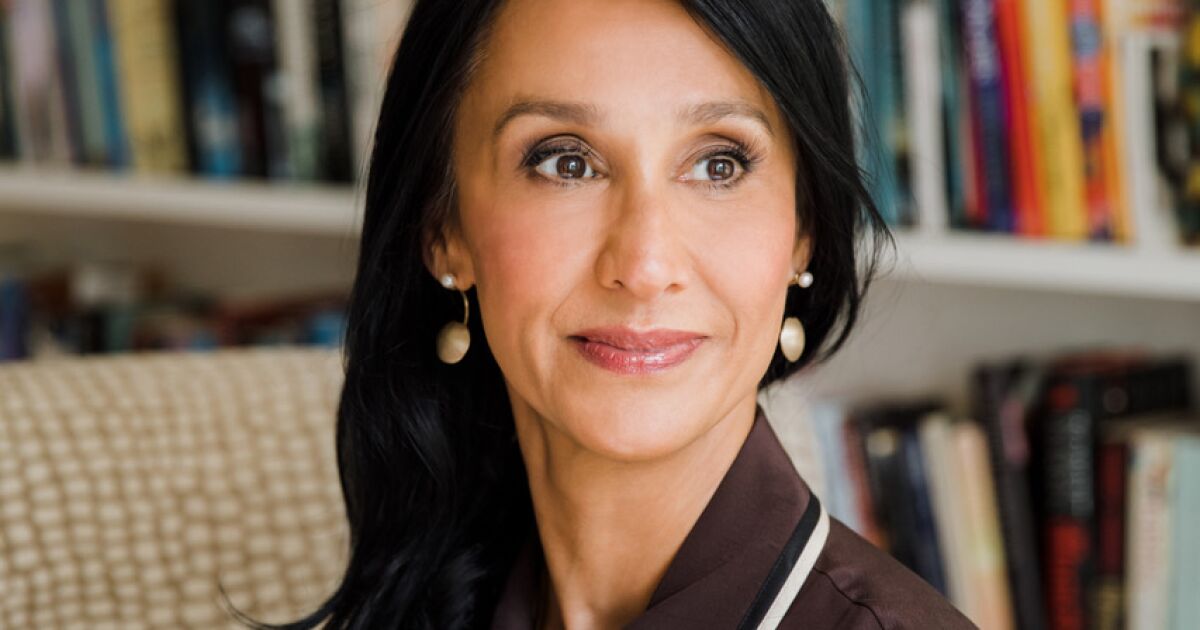 If you buy books linked on our site, The Times may earn a commission from Bookshop.org, whose fees support independent bookstores.

One of the things that distinguished Monica Ali’s 2003 debut novel, “Brick Lane,” was its insistence on London as fully home to its Bangladeshi-born characters. Even the more recent immigrants, like Nazneen, are decidedly settled in, not apologizing for existing, even when their existence is called into question. That’s partly what made “Brick Lane” a bestseller and then a film — and Ali a Booker Prize finalist and a Granta “best young novelist.”

After several more books that ranged far afield (including “Alentejo Blue,” short stories set in Portugal; “In the Kitchen,” a hotel-staff murder mystery; and the Princess Diana alternate history “Untold Story”), Ali took a 10-year break from publishing. This year, she came back with “Love Marriage,” a contemporary comic novel about an engaged interracial couple on a rocky road to their nuptials.

It’s an overstuffed sofa of a book, with too many subplots and too many words. (Ali told British Vogue an early draft contained 2.4 million of them; much praise to her editors for cutting it down to a mere 500 pages.) But then, who among us can resist an overstuffed sofa?

Yasmin Ghorami and Joe Sangster, both doctors, are in love. Joe’s mother, Harriet, invites them along with Yasmin’s parents, Anisah and Shaokat, to her home for dinner. Harriet, a feminist writer and artist famous for appearing in a shockingly open-legged photograph, contrasts in many ways with the Ghoramis, who insist on toting carrier bags filled with Bangladeshi foods to the upscale evening.

Surprise, surprise: It’s Yasmin and Joe who wind up feeling left out, as Harriet and Anisha quickly bond and begin plotting both the wedding festivities and further get-togethers. Suddenly it is the bride-to-be who has to adjust her expectations: “Yasmin smiled. ‘So Harriet’s turning you into a feminist, is she?’ ‘Oh, no,’ said Ma, beaming. ‘Already I am feminist.’”

As in her debut, Ali has fun shattering culture-clash clichés (this time in the rom-com subcategory). Early on, we learn that Anisah and Shaokat had a “love marriage,” unusual for their time and place. One assumes their support of their daughter’s upcoming nuptials stems from their own modest rebellion.

One should assume nothing, not with Ali. In “Brick Lane” she tore apart the notion of Muslim wives as timid and chaste. In “Love Marriage” she’s out to destroy the idea of any kind of woman as such. (No wonder her first draft was so long.) Ali manages this through orchestrated chaos (affairs, sex addiction, a baby on the way for Yasmin’s feckless brother) but also by carefully dismantling expectations. Aside from Harriet and Anisah’s odd-couple camaraderie, there are intimations that Joe is not as perfect as he seems. Ultimately even the book’s title comes into question. Does “love marriage” exist?

Ali’s attempts to answer that question are excruciatingly funny, at times almost brutally so. The schoolgirl Yasmin, still in awe of her parents’ true love, writes a short story for class about it. When she gives it to her father to read, we get a glimpse of his own fears:

“You have written things that you do not know. That you cannot know.”
“It’s creative writing, Baba. Mr. Curtis really liked it. You can read what he’s written at the end.”
“You do not know what I said to your mother in the library in Calcutta. You were not there. You were not born. You do not know what she said to me. And yet you have written as if you were at the next table. Tell me — how are you different from a liar? How is this creative writing different from lies?”

Observations like that lift what might in a lesser writer’s hands be a humdrum domestic story to another level. Ali, with her seemingly old-fashioned structure and focus on characters, has a very modern and human take on how to live and why. Shaokat’s secrets are lies of another magnitude from his young daughter’s fiction; another character must learn to stop living a lie; still another will have to acknowledge trauma before being able to tell the truth. These reckonings leave a real mess in their wake. But the mess must be made before anyone can truly live better, more honestly.

Like her literary forebear and influence Jane Austen, Ali has a great deal to say about moral life. Which, by the way, is not the same thing as “morality.” Though they are classified as novelists of manners, neither Austen nor Ali traffics in anything mannerly; rather, they use the mores of an era to show how tangled up we get in flimsy constructions that it becomes impossible to distinguish from lies. Which means, of course, that the denouement of “Love Marriage” involves a lot of detangling.

How do you detangle a sofa? That’s not just an overstuffed metaphor; it’s a dilemma. Ali’s final chapter, “Possibility,” makes elegant work of that common problem of the maximal novel — the truncated ending. Instead of simply updating us character by character, the author has Yasmin move through a morning of making coffee and considering what comes next. Even if it’s a bit transparently cinematic, it’s also less clumsy than the usual “Epilogue.”

Should you decide to read “Love Marriage” — and you should! — get happily lost in its pages but pay attention to Ali’s purpose if you can. She proves that a Dickensian-length book still works with modern characters at its center. As Dickens wrote about his London, so Ali writes about hers — about those who make their homes within its confines but also among its wild possibilities. Despite our uniquely modern troubles, we still have the same human failings — more than enough to overstuff a novel.

Patrick is a freelance critic who tweets @TheBookMaven.