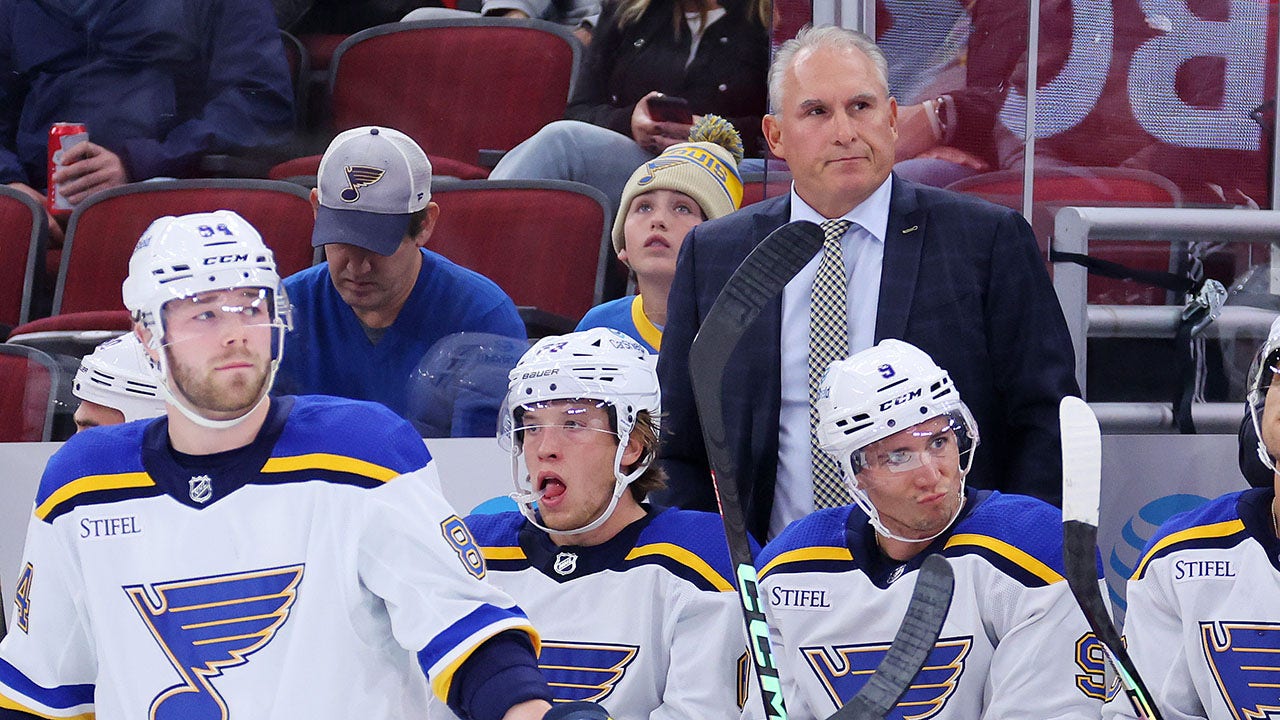 
The St. Louis Blues have dropped seven of their last nine games.

“If everybody doesn’t come to the rink ready to really compete and move your feet and do things right and be detailed and attentive, we’re not going to go anywhere,” Berube told reporters. “That’s the bottom line.”

CHICAGO, ILLINOIS – SEPTEMBER 27: Head coach Craig Berube of the St. Louis Blues looks on during the first period of a preseason game against the Chicago Blackhawks at United Center on September 27, 2022, in Chicago, Illinois.
(Photo by Michael Reaves/Getty Images)

Berube went on to say that is his job to put the players in the best position to succeed, but it’s the player’s responsibilities to execute.

“As a coaching staff, we’re preparing them, we tell them what they need to do against this team, look for it, this is what you’ve got to do, but we can’t go out and play for them. They have to go out and play, as a team, and right now, we’re not doing it. We’re not doing it enough, we’re not consistent enough 100 percent. You lose in this league.”

The Blues seem to be struggling with multiple aspects of the game. The team has been outscored by a margin of 46-27 over its last nine games.

“It’s everything,” center Robert Thomas said. “We gotta clear guys in front of our net. Forwards gotta stop turning the puck over and be better in the D-zone. Neutral zone we’re soft. But there’s so many things that we’ve continued to talk about all year. It’s the same thing.”

ST. LOUIS, MO – MAY 12: St. Louis Blues head coach Craig Berube addresses the players after the Blues defeated the Minnesota Wild in Game Six of the First Round of the 2022 Stanley Cup Playoffs at the Enterprise Center on May 12, 2022, in St. Louis, Missouri.
(Photo by Scott Rovak/NHLI via Getty Images)

St. Louis is currently in the sixth sport in the Central Division in the Western Conference with a 12-15 record.

The Blues are trailing Calgary by five points for the conference’s second wild card spot.

ST LOUIS, MO – DECEMBER 8: Josh Leivo, #17 of the St. Louis Blues, shoots the puck against the Winnipeg Jets in the third period at Enterprise Center on December 8, 2022, in St Louis, Missouri.
(Photo by Dilip Vishwanat/Getty Images)

Berube seems to be grasping at straws, but he acknowledged that the team’s attitude needs to change.

“If they don’t come to the rink and think about the team and put the team first, we’re not going anywhere, and right now, I don’t see that happening,” he said. “I think it’s just the attitude of the team right now. It’s creeped in here, and it’s just not good right now.”

Berube does have a track record of turning things around, most notably during his tenure as an interim coach in the 2018-19 season, when he took the Blues from last place to Stanley Cup champions.

Chantz Martin is a sports writer for Fox News Digital.