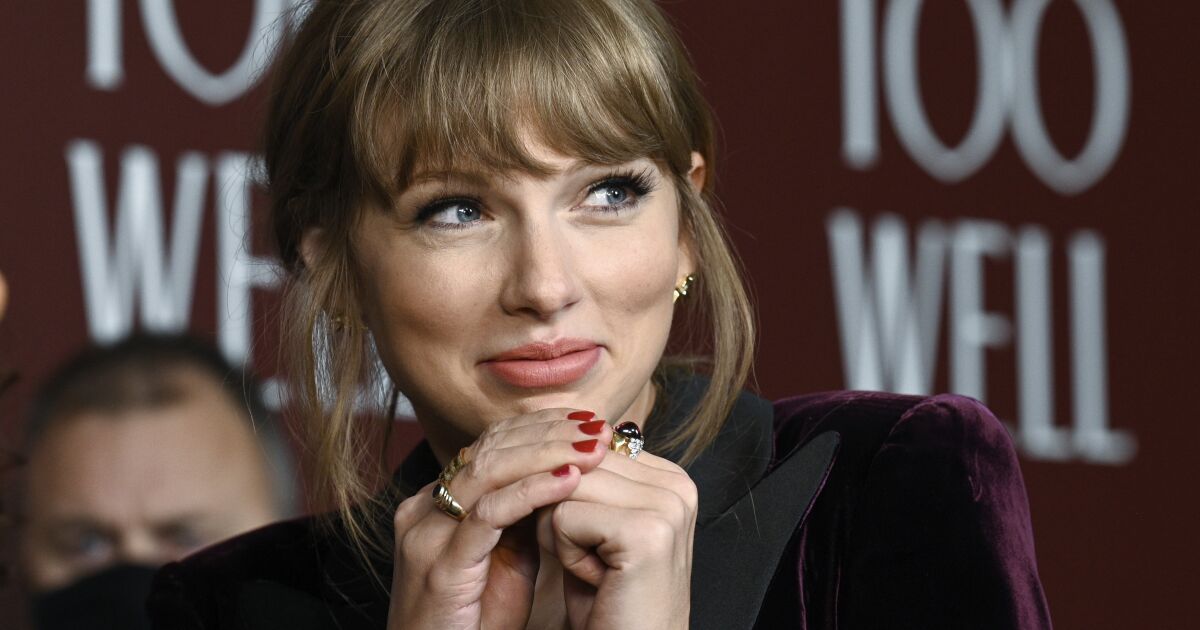 Pop musician Taylor Swift will make her feature directorial debut after writing an original script for the Searchlight Pictures film.

The studio behind the Oscar-winning movies “Nomadland,” “The Shape of Water” and “Birdman”announced the move in a statement Friday.

Searchlight did not share further details about the film’s story or plot.

Searchlight presidents David Greenbaum and Matthew Greenfield called Swift “a once in a generation artist and storyteller.”

“It is a genuine joy and privilege to collaborate with her as she embarks on this exciting and new creative journey,” they said.

Swift is deep into the Oscars push for her music video and short film, “All Too Well,” which was a part of the 2021 rerelease of her “Red” album. The film, a semi-autobiographical narrative of a crumbling relationship, had special screenings at Tribeca Film Festival and the Toronto International Film Festival. At Toronto, she made a splashy appearance for a panel with actor Cameron Bailey, who starred in the short film.

At that event, she talked about the kinds of films she hoped to direct moving forward.

“I could see it going in a more comedic, irreverent place,” Swift said. “I don’t always see myself telling stories about extreme, guttural heartbreak at your most formative age that really … debilitates you emotionally for years and then you have to develop the scar tissue to move on with your life … I think I’ve done that.”

Throughout her career, Swift has directed her own music videos. A recent video for her single “Anti-Hero” was criticized for alleged fatphobia.

Her recent “All Too Well” video, which features the 10-minute version of her song of the same name, and her subsequent awards have signaled a shift from music videos to short films, despite debate over whether to categorize the video as one.

Fellow music artist Kendrick Lamar is also making a similar Oscar push for a live-action short nomination with his music video for his song “We Cry Together” off his latest album, “Mr. Morale & the Big Steppers.”

Swift has received acclaim for her directorial efforts. She is set to make an appearance on Variety’s “Directors on Directors” series, which features high-profile filmmakers, such as James Cameron and Ryan Coogler, in conversation with each other. She will speak with Oscar-winning filmmaker Martin McDonagh, whose film “The Banshees of Inisherin” has received awards buzz.

The announcement of her inclusion in the series also drew backlash from fans and people within in the film industry who questioned her pedigree, compared to other filmmakers in the series, and said she took up a spot from other more-deserving directors [warning: link contains profanity].

“All Too Well” has drawn positive reviews among critics, and has spawned a pop cultural obsession around who Swift’s love interest in the film is about (prevailing theories point to Jake Gyllenhaal, despite his denial), as well as lore around her red scarf referred to in the song.