The DeSantis secret weapon that Democrats — and Trump — should fear 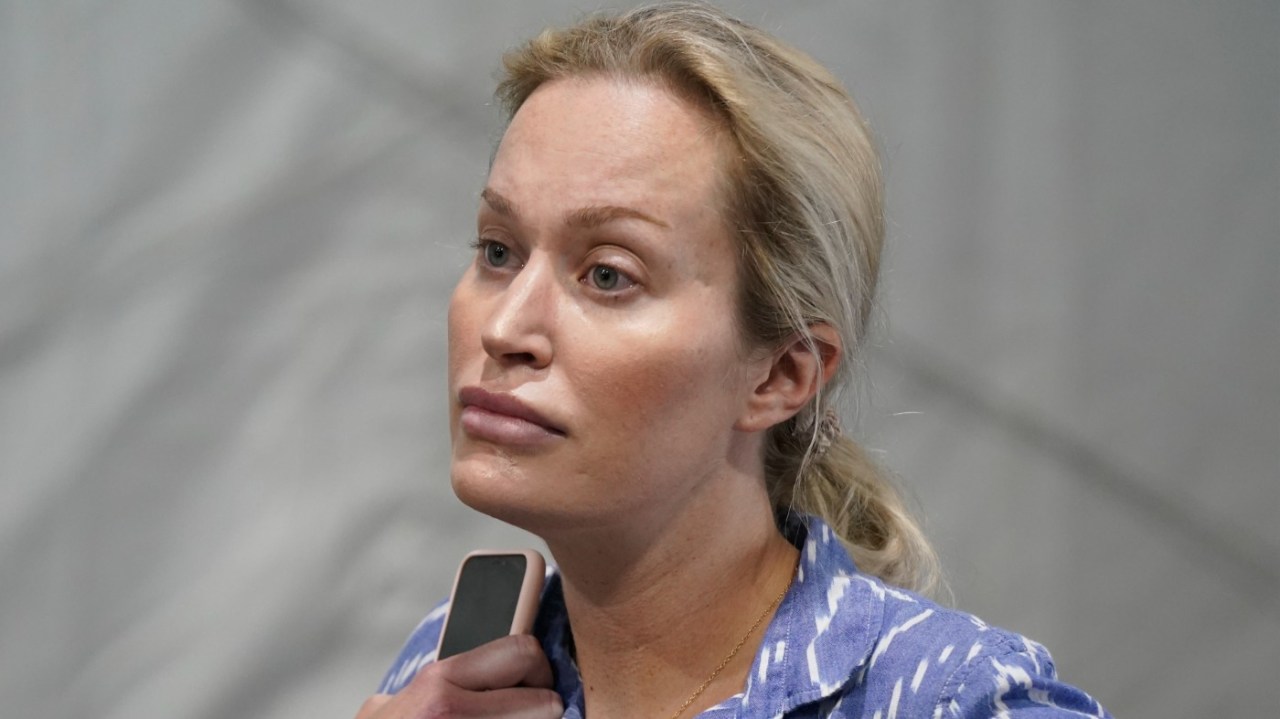 Within the five major “megaphones” of our nation — the media, academia, entertainment, science and medicine — the only women deserving credit and acclaim are those from the left who create, instill and parrot the liberal policies and narratives of the moment.

At least, that is the impression many Republicans, conservatives and people of traditional faith have. More than that, they might say that reality has been demonstrated, time and again, by the left’s smearing, denigrating and ignoring the talent and accomplishments of conservative women such as two-time presidential cabinet secretary Elizabeth Dole, a former U.S. senator and former head of the American Red Cross; Supreme Court Justice Amy Coney Barrett; former South Carolina Gov. Nikki Haley, who was U.S. ambassador to the United Nations; New York Post columnist Miranda Devine, the force behind the Hunter Biden laptop story; Sarah Palin, the continually belittled former Alaska governor and vice presidential candidate; or even, across the pond, the United Kingdom’s late Prime Minister Margaret Thatcher.

Of the five “megaphones,” it can be argued that the media still wield the most power and influence. To that point, earlier this week, Victor Davis Hanson, senior fellow at Stanford University’s Hoover Institution, American military historian, columnist and a former classics professor, wrote:

“The current ‘media’ — loosely defined as the old major newspapers like the New York Times and Washington Post, the network news channels, MSNBC and CNN, PBS and NPR, the online news aggregators like Google, Apple and Yahoo, and the social media giants like the old Twitter and Facebook — are corrupt. They have adopted in their news coverage a utilitarian view that noble progressive ends justify almost any unethical means to obtain them. The media is unapologetically fused with the Democratic Party, the bicoastal liberal elite, and the progressive agenda.”

If that’s the case — and it is a belief among many Republicans, conservatives and people of traditional faith — then it stands to reason that any future Republican presidential candidate would need an exceptionally talented and tough-as-nails press secretary to help navigate that sea of perceived bias.

In a lengthy Washington Post piece this past July, titled, “DeSantis spokeswoman Christina Pushaw makes sure reporters feel the burn,” the reporter front-loaded the article by saying, “In the 14 months since joining DeSantis’s staff, she has transformed the typically button-down role of gubernatorial press secretary into something like a running public brawl — with Twitter as her blunt-force weapon. Her usual targets: Democrats, the news media and anyone else she deems insufficiently supportive of DeSantis’s agenda and her own conservative politics.”

In full disclosure, I have never met, talked or communicated with Christina Pushaw. But as one who has been around a fair number of presidential and corporate press secretaries and directors of communications, I know the “real deal” when I see it.

As press secretary to DeSantis — before moving over to the rapid-response team for his just completed gubernatorial campaign — it really is accurate to claim that Pushaw reinvented that position into a much more confrontational platform that held the liberal-press accountable for their continual bias.

As a recent example of her not letting liberal jabs against her boss go unanswered, the left-leaning site Semafor just ran a piece with the headline, “Ron DeSantis is building his own media.” Before most people knew the piece had published, Pushaw — educated at the University of Southern California, with a master’s degree from Johns Hopkins University’s International Relations Program — tweeted: “When your options are rabidly partisan legacy media, Democrat activists posing as a Capitol Press Corps, a pay4play Lincoln Project blog, and ‘new media’ like Semafor (allegedly owned by Sam Bankman-Fried), of course it makes sense to cultivate an alternative.”

Just as a bit of covering ground fire, Joe Concha of The Hill and Fox News tweeted: “Is there a bigger joke than Semafor right now? So if we get this straight … DeSantis won’t appear on so-called mainstream programs like, you know, The View, and that means he’s freezing ‘media’ out? SBF can’t be happy with his big investment here. How big is that again?”

While Pushaw might appreciate the assist, she doesn’t need it.

In a litany of shots taken at the liberal mainstream media, Pushaw has labeled The Washington Post as “the Pravda of DC,” the Orlando Sentinel as the “Slantinel,” and the Associated Press as “American Pravda.”

Pushaw is intelligent, fast on her feet, speaks in paragraphs and suffers no fools. Had she been a liberal press secretary for, say, Democratic Gov. Gavin Newsom of California and continually laid waste to headlines in the New York Post, Fox News and the Wall Street Journal’s editorial section, or regularly insulted the likes of Fox’s Tucker Carlson and Sean Hannity, she’d probably have a multimillion-dollar book contract with a liberal publishing house in New York, a cover story on Vanity Fair, become the darling of “The View,” and been offered a motion picture deal by a Hollywood studio.

But, alas, she is a conservative woman — who just might be the toughest and most talented press secretary in American politics to come along in a long time. That means her fate is to be smeared by left-leaning media outlets, subtly and overtly.

Of course, the fact that so many liberal media sites have gone after Pushaw shows their fear of her potential in a 2024 presidential campaign. But try as they might, they are not going to bully her off the national stage.

With new Twitter files, Musk forces a free-speech reckoning for politicians and pundits

And speaking of bullies, should DeSantis officially throw his hat into the presidential ring and name Pushaw as his press secretary — and it would be political malpractice for him not to give her the title — then former President Donald Trump had better be on his toes.

Unlike the number of Republican primary opponents Trump insulted into submission in 2016, DeSantis will have Pushaw watching his back. And if DeSantis runs and Trump rolls out more “Ron Sanctimonious” lines, he’d better have his helmet on and his chinstrap buckled because Pushaw very well might lay waste to Trump’s insults — and his campaign in the process.

Douglas MacKinnon, a political and communications consultant, was a writer in the White House for Presidents Ronald Reagan and George H.W. Bush, and former special assistant for policy and communications at the Pentagon during the last three years of the Bush administration.