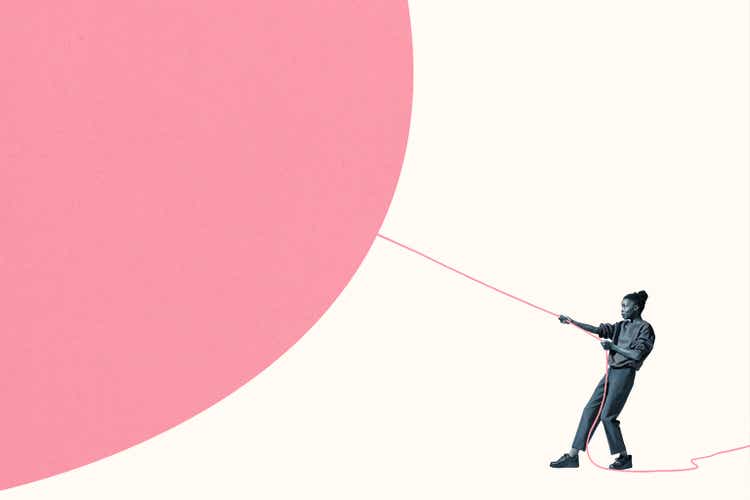 Twilio Inc’s (NYSE:TWLO) market share and dominance in the CPaaS market remain safe, no matter what the bears say. The fact remains that multiple Big Tech companies, such as Apple (AAPL) and Alphabet (GOOG), chose to partner with TWLO instead of developing their own programmable text/ email APIs. Thereby, pointing to the strength in the latter’s communications APIs across cloud communications, interactive data, sales, and marketing segments. Since these are also strategically bundled into one single integrated platform, it is no wonder that TWLO maintains its successful leadership position in the customer engagement market.

Though Microsoft (MSFT) and Meta (META) have also entered the game with similar offerings, we remain confident in TWLO’s execution, due to their earlier head start and integrated offerings. Furthermore, the market is large enough to accommodate multiple winners, especially since the company continues to strengthen its R&D efforts. As a result of management’s operating cost savings and non-GAAP profitability by 2023, we anticipate a quick turnaround by sometime in H1’23. These extreme FUD levels only created the perfect loading-up opportunity for investors who remain convinced about TWLO’s long-term prospects.

By the latest quarter, TWLO reported a notable -0.2% QoQ gross margin impact and -2.3% YoY, due to the rising inflationary pressures and the management’s strategic choice in passing on carrier fees at no additional margin. However, we are not overly concerned, since its gross margins still look impressive at 54.1% in FQ3’22, after adjusting for the 10DLC from US carriers since March 2022.

Additionally, TWLO has been improving its operating efficiencies, as evidenced by the recent decision to lay off 11% of its staff, resulting in an improvement of 3.7 percentage points QoQ and 2 percentage points YoY in EBIT margins by the latest quarter. Combined with its slowing hires and remote first work arrangement, the company is looking at an excellent $330M of annual cost savings ahead. It is no wonder that market analysts are now expecting an excellent FQ4’22 earnings call, with -1.1% in EBIT margins, -1.7% in net income margins, and $0.08 in EPS.

While naysayers may bash TWLO’s elevated Stock-Based Compensation of $768.6M over the last twelve months, we must also highlight that these are very common. Especially since it attracts focused talents to ensure strategic growth for tech companies. Furthermore, the management has guided a deceleration in SBC expenses between 15% and 20% of revenue over the next few years, instead of the current 22% in FQ3’22.

In the meantime, TWLO continues to spend 28.96% of its revenues on R&D efforts in FQ3’22. This effort will be accretive to the top and bottom lines in the long run, reflecting the company’s determination to stay at the top.

Furthermore, TWLO’s balance sheet looks exceptional at $4.21B of total cash and short-term investments by FQ3’22. Thereby, preserving the company’s liquidity, no matter the soft landing or recession in 2023. Most importantly, the company has also kept its reliance on long-term debts stable at $0.99B at the same time.

While TWLO’s forward top and bottom line growth has been notably downgraded by -15.43% and -11.25% since our previous article in October 2022, we are not overly concerned, since it is a direct result of the management’s reduced FQ4’22 guidance and choice in not participating in the recent election. Furthermore, Mr. Market has upgraded its EBIT/ net income/ FCF margins by 0.1/0.3/1.2 percentage points through 2024, respectively, despite the worsening macroeconomics. Thereby, pointing to temporal macro headwinds instead of fundamental execution.

In the meantime, we encourage you to read our previous article on TWLO, which would help you better understand its position and market opportunities.

It is apparent that the Mr. Market is overly critical about TWLO’s lowered forward guidance, since the stock has tragically plunged by -39.01% in the weeks post FQ3’22 earnings call. The stock is now trading at $45.79, down an eye-watering -84.15% from its 52 weeks high of $289. Nonetheless, consensus estimates remain bullish about its prospects, due to their price target of $83.50 and an 82.35% upside from current prices.

TWLO investors must not be discouraged, since the stock market has also been notably trading sideways post-upbeat October CPI results and Powell’s dovish commentary. We predict that the November consumer price index report, released on 13 December, will add more uncertainty in the short-term based on the overly bullish November labor market and service industry reports.

Though the 50 basis point hike is likely secured through the next few meetings, the raised terminal rates to over 6% may point to prolonged pain ahead. Combined with China’s unexpected reopening cadence, we may see interest rates remain inflated for a little longer, due to the massive pent-up demand, with analysts already projecting a flurry of ‘revenge’ spending.

However, TWLO looks overcorrected in this case, with massive baked-in pessimism. Therefore, there will likely be minimal downsides from current levels. Investors with higher risk tolerance and long-term trajectory may consider nibbling at current levels, due to the relatively decent risk/reward ratio. Otherwise, conservative investors may also choose to wait and see how things unfold over the next few weeks, given the minimal short-term catalyst for recovery as well.