Vadhandhi review: An earnest series on misogyny that offers no respite for its Lolita 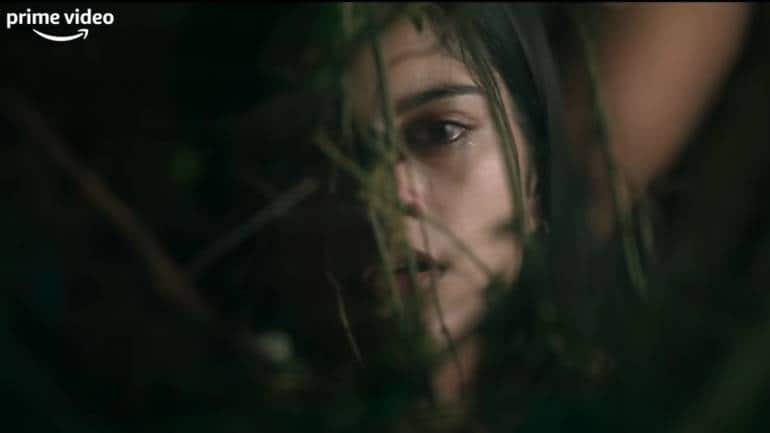 Edgar Allan Poe, connoisseur of the macabre, famously said, “The death of a beautiful woman is, unquestionably, the most poetical topic in the world.” Poe was known for his love for mystery and dark secrets, the discomfiting working of the human mind that yearns for the perverse in a civilised world.

Beautiful dead women were frequently part of his literature. It’s not surprising, therefore, that he had made an astute observation about how we look upon the female body – alive and beautiful, a woman is a person that the world is trying to turn into an object; dead and beautiful, she has obliged their wish and is now an aesthetically pleasing plaything. They can make of her what they will and she cannot respond.

Andrew Louis’s Tamil web series, now streaming on Amazon Prime Video, is titled Vadhandhi: The Fable of Velonie. ‘Vadhandhai’ means ‘rumour’ and the series is about the murder of a beautiful child-woman (Velonie is 17) and the fable that is built around the crime. Pushkar-Gayathri are credited as the show’s creative producers, and much like Suzhal, their previous series with the same OTT platform, Vadhandhi is also a small-town police procedural that examines family dynamics, sexual violence, and society’s attitude towards such crimes.

Set in Kanyakumari, S.J. Suryah plays Vivek, a policeman who becomes obsessed with solving the case to the extent that he incurs the wrath of his wife (Smruthi Venkat, stuck in the uncharitable nagging wife role).

Velonie’s (Sanjana) body is found in an open land full of windmills. It’s an eerie setting, and the turning of the blades is suggestive of the rumour mills that go into high drive because of her death. Was she a saint or a slut? Since women, in the public imagination, can only exist in this binary, Velonie’s death quickly becomes a matter of gossip in the town and in the media.

Her mother, an Anglo-Indian woman named Ruby (Laila), runs a lodge and is a single parent. Laila plays Ruby as a permanently hassled mother who is forever guarding her daughter’s reputation; the performance is grating but unfortunately familiar for a lot of women whose growing up years signalled such a suffocating tightening of boundary lines. The care that parents express often takes the form of victim blaming, and Vadhandhai lays out the impact that such a strategy can have on the child.

Over eight episodes, the series follows the Rashomon Effect method in uncovering the mystery. As the case drags on, Velonie becomes a tool in the hands of various people. She’s a useful distraction for the media, a hot topic that can sell books for a writer, a subject for lascivious gossip among men. Vivek associates her with an ex-girlfriend, and almost seems to be in love with the murder victim. It is only when we reach the sixth episode that the suspense becomes heightened – until then, the investigation follows an unhurried pace, at times testing the patience of the viewer. The background score is unobtrusive, and in tune with the mood of the series.

The Kanyakumari dialect spoken by the characters is inconsistent, but the biggest problem with Vadhandhi is that it becomes the very thing that it is trying to critique – the casual and omnipresent sexualization of the female body. There are dialogues and shots that are insensitive and voyeuristic, particularly a scene of child sexual abuse where a man is shown to attain orgasm with a young child touching him.

The series is earnest in wanting to destroy the male gaze that relentlessly follows women, but the camera never sees Velonie as anything but Lolita; even when she’s speaking to someone who supposedly sees her as a daughter, she’s languidly lying on a bed or making suggestive remarks. It can be argued that this is to cast the other character as a red herring, but this is a dishonest rendering that doesn’t allow the viewer to consider Velonie as human and not an object of desire. If we are to empathise with Velonie’s plight, the camera should have humanised her, not participated in the base excitement around her body.

The revelation of the killer is well-staged, but the denouement again reiterates some problematic ideas around women and their sexuality. A few lines try to contradict these perceptions but they don’t have the combative power of the thrust of the plot; the storyline affirms what society already believes, and thus doesn’t do enough to challenge these ideas.

Among the supporting cast, Aruvi Balaji as Alex, Vaibhav Murugesan as Jones, and Kulappuli Leela as a conflicted elderly witness leave a mark. The rest – including Nassar and Hareesh Peradi – are stuck with underdeveloped characters.

S.J. Suryah is believable as the tormented cop, but the scenes with his wife needed better writing. Such scenes usually exist to remove the investigating officer from their official setting and make them appear as rounded characters to the audience, but the generic quality of these sequences in Vadhandhi doesn’t add anything of value.

Vadhandhi is an interesting attempt to speak about the misogyny in crime coverage, and it would have been successful had we seen Velonie as a person at the end of it. But she remains a fable, a poetical topic that intrigues but has no voice of her own. A beautiful dead woman from the beginning to the end.