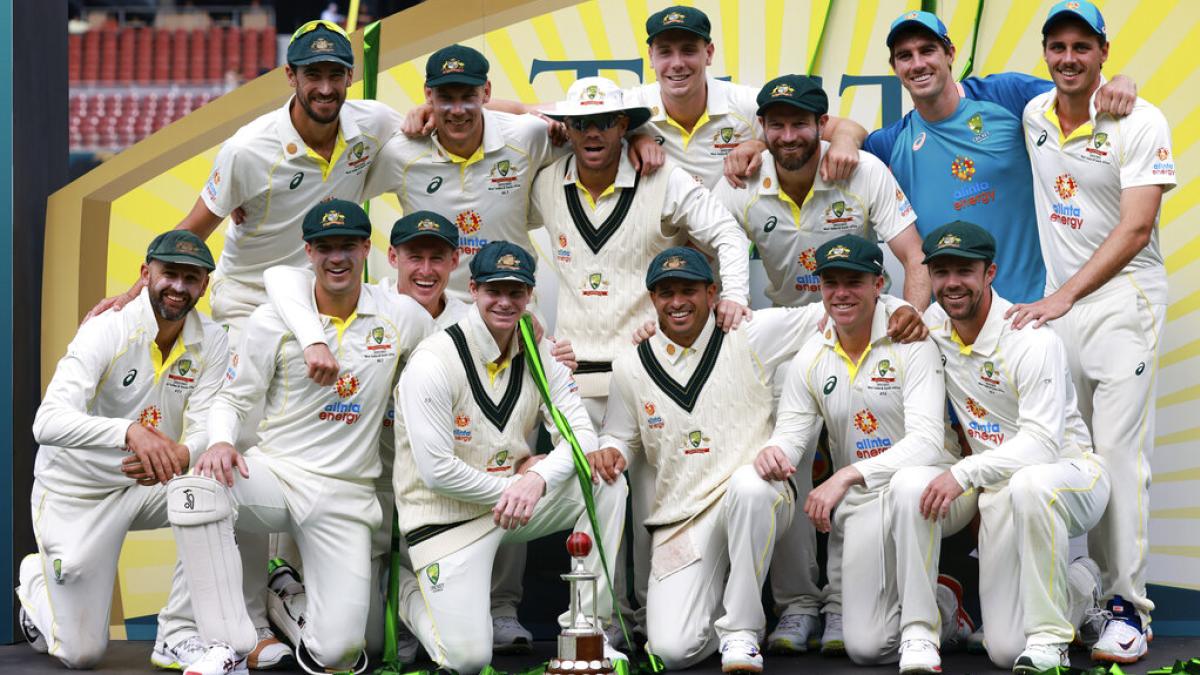 
Australia completed a clean sweep of the series on Sunday with a 419-run win over the West Indies on Day In Adelaide. Michael Neser and Mitchell Starc were right on the money as the visitors were bundled out for 77 in the second innings.

Australia will face South Africa next in a three-match Test series (Courtesy: AP)

By India Today Web Desk: Australia completed a 2-0 clean sweep of the Test series against West Indies as they won the second match by 419 runs on Sunday thanks to an impressive bowling effort on Day 4.

Mitchell Starc and Michael Neser were right on the money as West Indies were bundled out for just 77 runs in their second innings in Adelaide.

Having finished Day 3 on 38 for four, the visitors lost their first wicket of the day with the score at 42 as Devon Thomas was caught by Alex Carey off the bowling of Starc.

The left-arm pacer would then end the resistance of Jason Holder as West Indies were in a lot of trouble with the score at 49 for six. Neser would then get into the act as he removed Roston Chase and Joshua da Silva in the same over to help the hosts inch closer to the win.

Nathan Lyon would then castle Alzarri Joseph with the score at 76 for nine. Neser would then wrap up the match in the next over as he dismissed Marquino Mindley for a duck to end with figures of three for 22 in 10.5 overs.

Scott Boland was the pick of the bowlers as his triple wicket-maiden on Day 3 setup the win for the hosts. Starc finished with figures of three for 29 in 10 overs while Lyon took one wicket for eight runs in 10 overs.

Travis Head was selected as the Man Of The Match for his knock of 175 in the first innings, while Marnus Labuschagne got the Man Of The Series award for his three hundreds in the series.

Australia will now shift their focus towards South Africa as both teams will lock horns in a three-match Test series which will begin on 17th December in Brisbane.