Ayo Dosunmu embraces his new role coming off the bench for the Chicago Bulls: ‘This will put me in more positions to be aggressive’ 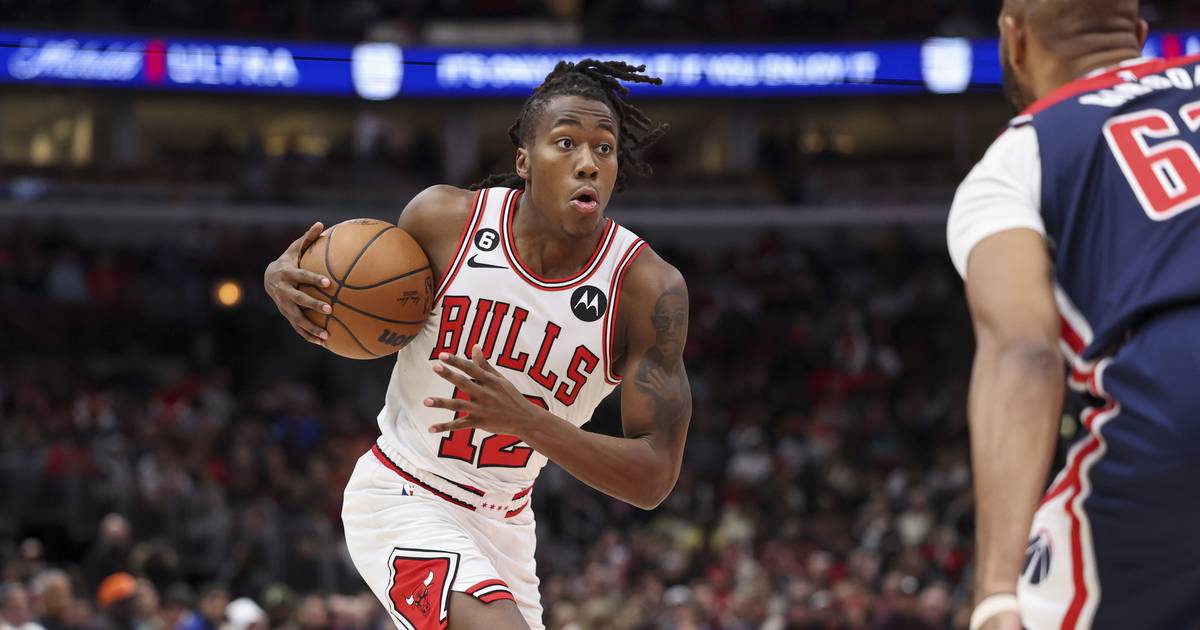 
When Chicago Bulls coach Billy Donovan decided to pull Ayo Dosunmu from the starting lineup last week, the second-year guard made his mindset clear — this is a challenge, not a demotion.

The move to a reserve role changes the game for Dosunmu, who now is splitting time between playing on and off the ball after transitioning to become the starting point guard for the Bulls as a rookie.

Although his role is slightly different, Dosunmu feels the change also gives him the chance to play at a different pace with the bench unit.

“(Donovan) always encourages me to be aggressive, keep making plays and play with a lot of confidence,” Dosunmu said. “I’m still a playmaker. This will put me in more positions to be aggressive. Off the ball, there are more scoring opportunities and I’m able to just showcase my game.”

It’s a limited dataset, but Dosunmu’s production stayed relatively consistent — 7.7 points, 2.7 assists, three rebounds — despite playing nearly seven fewer minutes per game in his three nights coming off the bench before the Bulls’ Saturday night game against the Dallas Mavericks at the United Center. Dosunmu splits point guard duties with Goran Dragić when he’s coming off the bench, but his expectation is the same: Drive to the rim, move the ball, take any open 3-pointers.

Dosunmu spent his college career at Illinois leaping back and forth between the two guard positions, providing him with familiarity in both spots.

“He’s most effective when the ball is in his hands,” Donovan said. “He’s obviously a really good downhill player and he gets into the paint. For him position-wise, he’s going to need to keep evolving and getting better at the point guard spot.”

Aggressiveness is a key focus for Dosunmu while making the move into the secondary unit. For Donovan, one of the most important areas to highlight this part of his game is in the open court, where the Bulls have made much-needed improvements this season.

[ [Don’t miss] Chicago Bulls emphasize patience for rookie Dalen Terry’s inclusion in rotation: ‘The game just has to slow down for him’ ]

The Bulls still aren’t scoring as efficiently in transition as Donovan would like despite being third in the league in points off turnovers (20) and ninth in the league in steals (7.7). The bench unit previously set the tone for this transition game between the defensive acumen of Alex Caruso and the push-ahead nature of Dragić.

With Dosunmu now as a reserve, Donovan said the guard can be the new driving force for the group in transition.

“The volume of transition is much better than it was a year ago,” Donovan said. “So we’re trying to take those transition situations for him and get him into places where he is in the open floor and he can attack a little bit more and play downhill and be a little bit more aggressive there.”