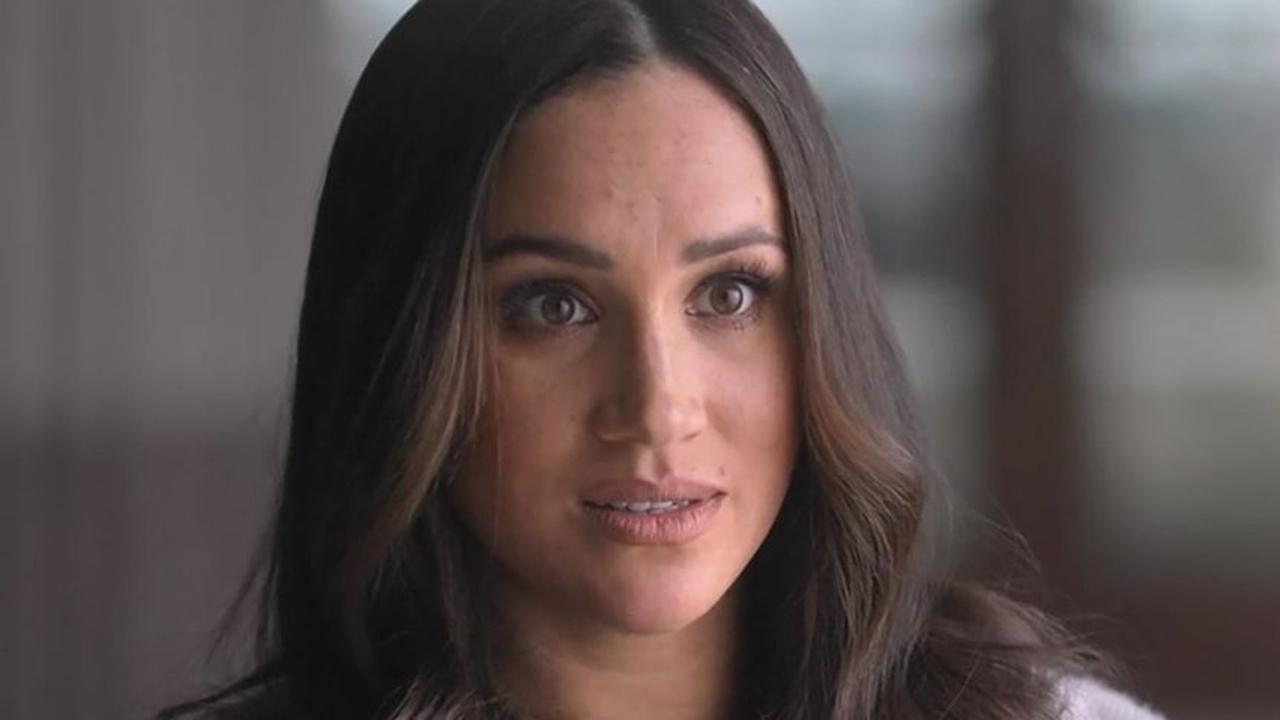 
Somewhere inside Clarence House, where King Charles and Queen Camilla are still living while Buckingham Palace undergoes a $665 million renovation, flak jackets are being unbuttoned and 80s style Stackhats removed.

That sound you hear? A long exhalation as an army of royal aides, courtiers and flunkeys breathe a collective sigh of relief.

Here we are, days after the release of Harry & Meghan, the Duke and Duchess of Sussex’s debut Netflix show. The global reaction has largely been a collective shrug, the critical consensus generally ranging from ‘meh’ to ‘ick’ to ‘why’?

For weeks now, the tension has been building, with Netflix hyping Harry & Meghan as a “global event” – like the moon landing, but with more cashmere throws. Released from the constraints of royal ruledom, no longer surrounded by pro-Palace partisans and with an Oscar-winning director on hand, the couple were free to finally tell their story.

All bets were off, and hatches seemed to batten down in London, with reports suggesting that the doco would be “worse than the royals can imagine” and “utterly explosive … very damaging.”

Finally, on Thursday night, Harry & Meghan arrived, and the world tuned in.

Unequivocally, it’s a ratings smash, with the series at the time of writing, currently the second most watched show on Netflix Australia (beaten only by the Addams Family spin off Wednesday).

Love or hate the Duke and Duchess of Sussex, without a doubt, the world is generally pretty obsessed with the duo and be it out of adoration, disgust or simple curiosity, vast swathes of viewers worldwide have been watching.

That sort of performance should hearten the streamer’s executives and Team Sussex, but the reviews? You might want to borrow one of the Palace’s Stack Hats.

The Washington Post has called the show a “yawner” with a reviewer writing, “Harry and Meghan are determined to control their story. The question is: Do they have anything else to say?”

“Why [Harry] is telling this story on the very platform that is currently exploiting his mother’s sad life as entertainment in the mega hit series The Crown remains unclear. Perhaps it has to do with a lot of money,” Germany’s Der Spiegel wondered.

Variety, the Hollywood entertainment bible reported: “The Sussexes surprise us yet again, with just how narrow their vision of their fame is, how pinched and unimaginative their presence on the world stage has become.”

“They are nothing but a vague actress and a fallen prince, both united behind the idea of selling to the highest bidder the story of their undying vacuousness,” a Slate journalist wrote.

Even the Sussexes’ sort-of local rag, the Los Angeles Times was not particularly enthused: “For all the hype, the long-awaited first three episodes didn’t reveal much of anything new.”

“Harry & Meghan has all the intimacy of Instagram” was the title of a New York Times review, saying it “portrays the ex-royals with a soft filter and a lack of surprise.”

One Guardian review called it “Very much a one-sided PR effort, with no critical or dissenting voices about the couples behaviour or any tough questioning.”

Lucy Mangan, writing in the same publication, described it as “so sickening I almost brought up my breakfast” and said that “although there are sweet moments alongside the vomit-inducing, the overriding message of this royal documentary is: the late Queen was right to keep stumm.”

The Irish Times view was that it was “a pre-Christmas bacchanalia of navel-gazing that will make you glad there are other things to watch on Netflix and, more importantly, that we in this country aren’t lumbered with a royal family” and called it a “”a sometimes unwatchable … plunge into Planet Sussex.”

The View’s Joy Behar said of it, “I found the show boring, frankly. I’m sorry to say.”

However many millions have been ploughed into making this high-sheen agitprop, all audiences have so far seen are a stream of private family photos and criticisms of the Palace and the media recycled from the couple’s Oprah interview.

There was, we are told, an invisible “contract” between the royal family and the British press, that the House of Windsor (which, let’s be honest, is an outfit whiter than the ‘after’ shot in a Napisan ad) suffered from “a huge level of unconscious bias” and that The Firm failed to protect Meghan when she faced a media onslaught.

Look, maybe all those hours of watching the blow-dried duchess emote has rubbed off on me, because I don’t want to diminish any of those claims. To quote Harry, who would seem to have completed his conversion to orthodox Californian, this is their “lived experience.”

But from a purely pragmatic point of view, we’ve been here before. There was no point they raised in these first three hours of television that had people sitting up and taking notice -aside from the fact that they met on Instagram. (God, so 2016 of them. Bet they both brought their fidget spinners with them on that first date.)

You get the feeling that in the UK certain pinstriped sorts have been rubbing their hands in glee and debating the spelling of ‘schadenfreude.’

Buckingham Palace has not commented on the show, besides pushing back against the claim made at the beginning of the doco that they refused to take part.

However, royal cronies have been popping up to make their feelings known, with one friend of King Charles and Queen Camilla telling the Daily Beast: “It’s hard to see what Netflix paid $100 million for. If this is all they have got to say, I really think the worst is over for the king.”

The Beast’s well-sourced Tom Sykes wrote that “Hours after the episodes dropped, communications were running hot between senior palace aides and advisers, but the overriding sense was one of relief.”

Sykes later reported that “insiders at Buckingham Palace are breathing sighs of relief after the new Netflix show Harry & Meghan failed to land any meaningful blows on King Charles or other members of the royal family.”

Another source told him: “The general feeling is one of relief and amazement. Relief that it was so bad, and amazement that they blew up the family for this.”

The big caveat here is that we’re only at the halfway point, with the show’s narrative having only reached their wedding three episodes in.

Maybe all the hand grenades and oh-my-god moments are in the next “volume”, out this coming Thursday, which will cover events from mid-2018 and through the convulsions of Megxit. It might be far too soon for the royal family to breathe easy.

There is every chance that Harry and Meghan have plenty of ammo left and that the real bombshells are yet to come.

So far, royal sorts and Netflix bosses might be happy with the way things are progressing but will the Sussexes themselves? Will the show’s popularity translate to a decent injection of Hollywood or cultural capital? Will it have any sort of discernible impact how the world sees the monarchy or the UK? So far, it does not appear so.

There is also the question of whether the world, having had a taste of Harry & Meghan, will continue to stick around for another three hours of them sharing their truth in soft lighting when the second “volume” comes out this week.

In the UK on the first day, while 2.4 million people tuned in to the first episode, 1.5 million stuck around for the second episode, and only 800,000 were still watching by the third episode.

There is one other, less obvious way to read this situation: Maybe Harry and Meghan just don’t care. They’ve pocketed the cash the streamer promised them, and have finally had the chance to tell their dewy-eyed tale to the world, even if it is one we have heard before.

As writer Bryony Gordon, who became friends with Harry and later Meghan, has written in the Telegraph: “Harry and Meghan are not asking anybody to like what they say – just to listen to it, if they happen to have a passing interest in the story.”

Or maybe it all just comes down to that old adage, “all publicity is good publicity.” Three years on from having bolted from the royal enclosure, the Sussexes are still stirring up debate and are global figures, despite having failed to set the philanthropic world on fire.

Daniela Elser is a writer and a royal commentator with more than 15 years’ experience working with a number of Australia’s leading media titles.