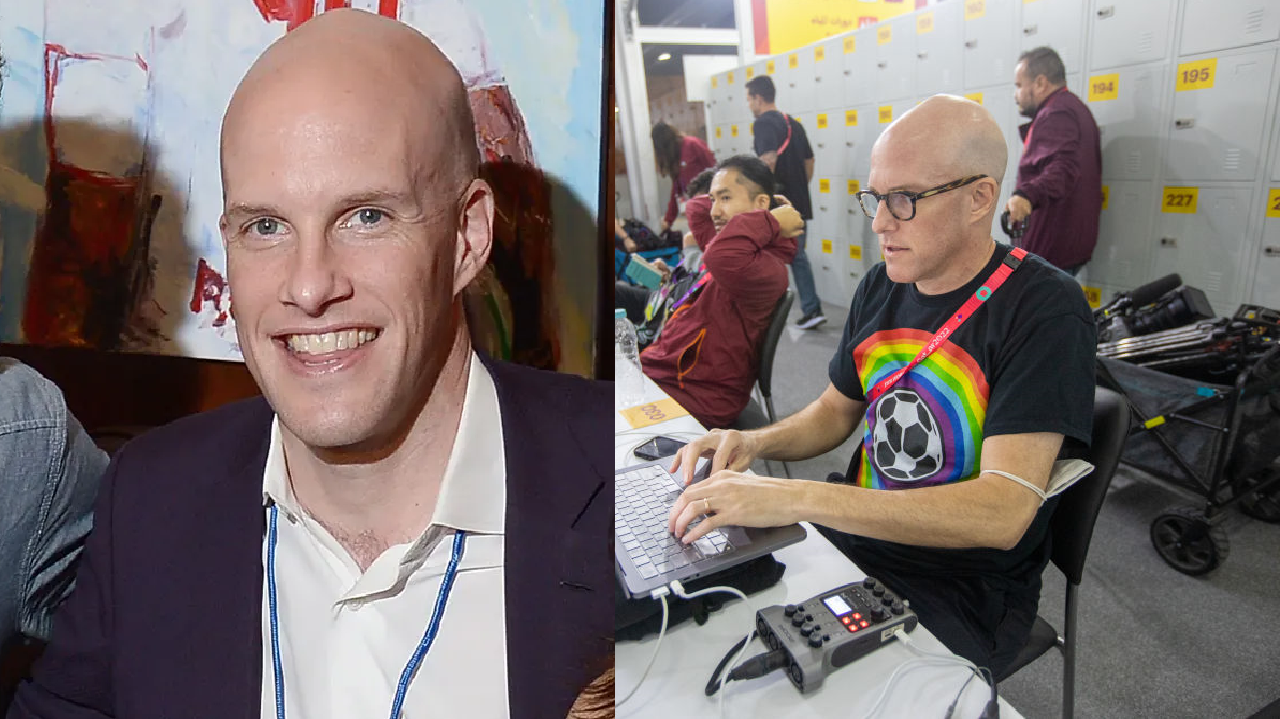 
The brother of recently deceased American sports journalist Grant Wahl has gone private on Instagram after speculating his brother was killed.

Wahl, 48, died after he “fell ill” at Lusail Stadium in the final minutes of a FIFA World Cup quarterfinal game between the Netherlands and Argentina Friday, a Qatari spokesperson said.

Grant Wahl, 48, working in Qatar in a rainbow shirt that prompted security outside the U.S.-Wales match to detain him for 25 minutes.
(Getty Images )

The veteran soccer journalist had bronchitis and had visited a medical clinic twice in the days before his death, he revealed in a podcast episode. Wahl was laughing with colleagues just minutes before his sudden death, an eyewitness said.

Wahl had previously been blocked from entering a stadium while wearing a rainbow-colored shirt.

Eric Wahl announced his brother’s death on Instagram and made an emotional plea for help.

“I am gay. I am the reason he wore the rainbow shirt to the World Cup,” Eric Wahl said. “My brother was healthy. He told me he received death threats. I do not believe my brother just died. I believe he was killed, and I’m just begging for any help.”

Just a day before his death, Grant Wahl published a scathing criticism of Qatar’s government and the Supreme Committee for Delivery & Legacy, asserting indifference to the deaths of workers who built the World Cup stadium.

“The Supreme Committee in charge of Qatar’s World Cup doesn’t care that a Filipino migrant worker died at Saudi Arabia’s training resort during the group stage. He suffered a fatal blow to the head during a fall in a forklift accident (information that was kept under wraps until being broken by The Athletic’s Adam Crafton).”

The committee said it is cooperating with U.S. officials to return Wahl’s body to the U.S.

Fox News’s Joseph A. Wulfsohn contributed to this report.

Timothy Nerozzi is a writer for Fox News Digital. You can follow him on Twitter @timothynerozzi and can email him at [email protected]