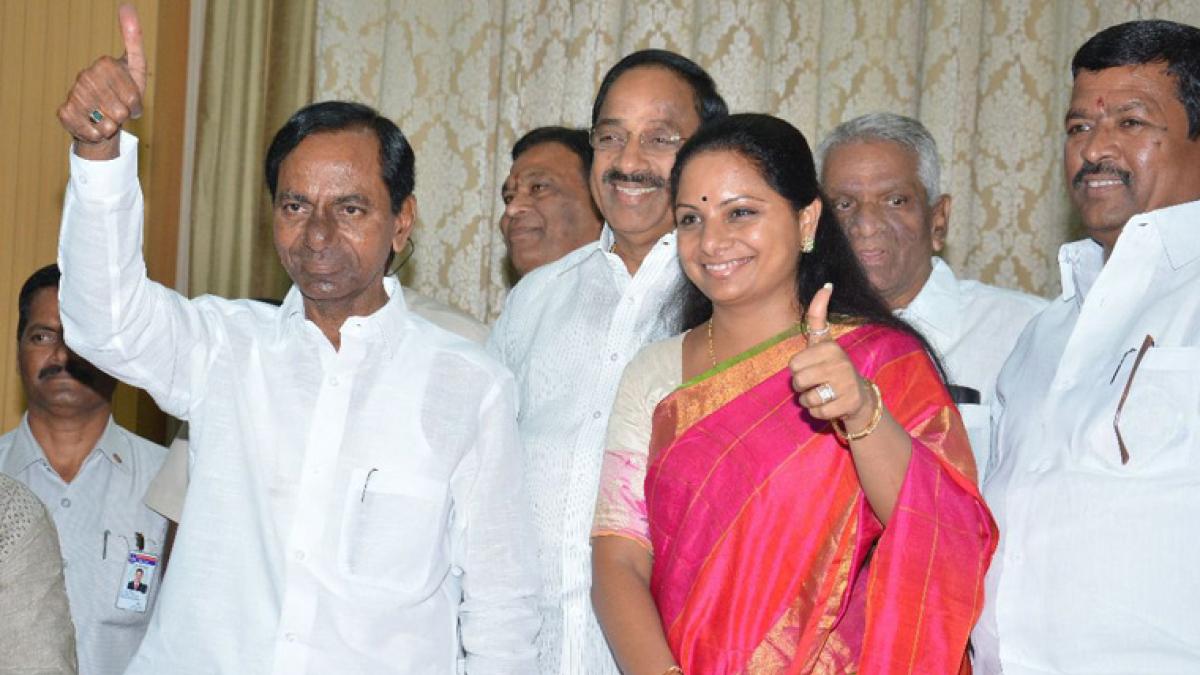 
Sources said that the CBI is likely to issue further summons to the BRS MLC Kavitha for questioning into Delhi excise policy scam case.

By Apoorva Jayachandran , Abdul Basheer: The Central Bureau of Investigation (CBI) concluded the questioning of BRS MLC Kalvakuntla Kavitha on Sunday evening. The Telangana Chief Minister K Chandrashekar Rao’s daughter was grilled for over eight hours after CBI officials reached her residence in Hyderabad to question her in connection with the Delhi excise policy scam.

Sources said that the CBI is likely to issue further summons to the BRS MLC for questioning into the case at hand. However, as of now, she has not been notified of any further dates.

Following the marathon questioning, the BRS MLC was met party workers at her residence.

She was today questioned by a CBI team in connection with the Delhi liquor policy scam case. pic.twitter.com/77mn70TqEZ
— ANI (@ANI) December 11, 2022

“The CBI officials informed Kavitha that questioning as of now is over. If needed, they will likely issue summons again for questioning,” the source said.

The development relates to the CBI informing Kavitha last week that a team from the premier agency would visit her residence in the city on December 11. Prior to the notification, Kavitha had written to the CBI seeking details of complaints so she could reply and reply within a reasonable duration.

Kavitha, who has been served a notice by the CBI for recording her statement in connection with the case, recently said she would be able to meet the officials from December 11-15 (except for the 13th).

The probe agency issued the notice under Section 160 of the Code of Criminal Procedure and asked her to intimate the place of residence as per her convenience for the “examination” at 11 am on that day. Under Section 160 of CrPC, the investigating officer can summon any person as a witness in a particular case.

After her name cropped up in a remand report filed by the Enforcement Directorate in a Delhi court on the alleged kickbacks in the ‘scam’, Kavitha had said that she was ready to face any probe.

The CBI on November 25 filed its first charge sheet in the case against seven accused which did not include Delhi Deputy CM Manish Sisodia, who had been under the agency’s radar over his connections with the accused.