Column: Is one-time MVP Cody Bellinger a sleeper signing for the Chicago Cubs? Only time will tell. 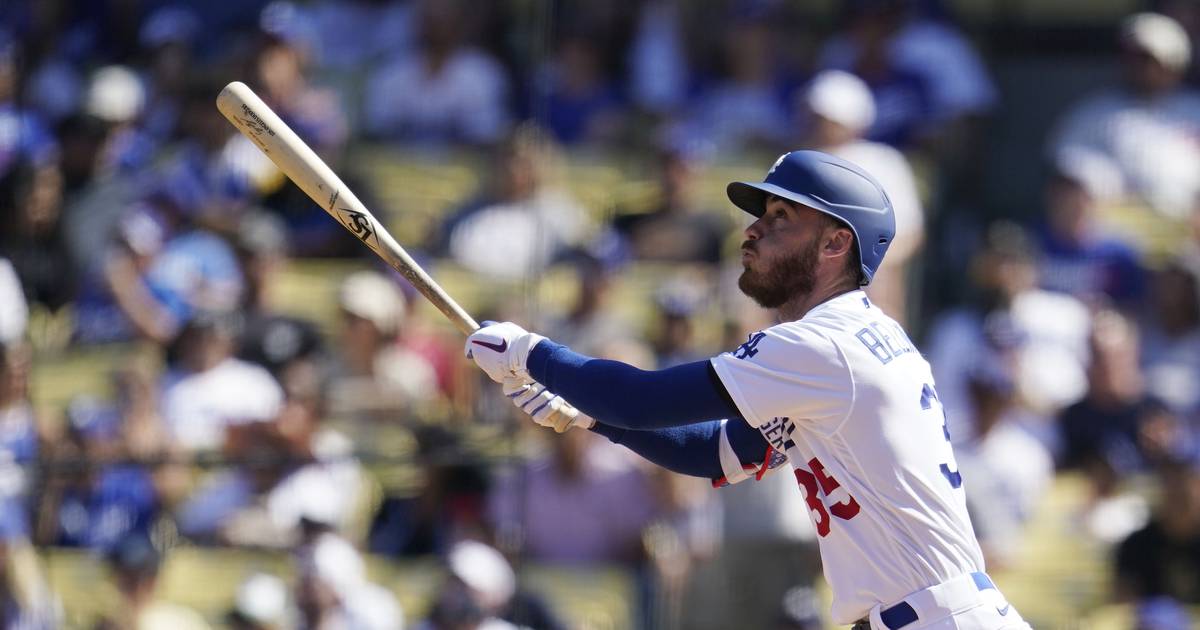 
It was 12 years ago that agent Scott Boras introduced us to the concept of the pillow contract.

Boras’s client, first baseman Carlos Peña, was coming off a down season in which he hit .196 with the Tampa Bay Rays, albeit with 28 home runs and 84 RBIs. Peña agreed to a one-year, $10 million deal with the Chicago Cubs, which Boras referred to as a pillow contract for its “comfort” factor.

“It’s a one-year situation,” Boras said. “It’s a dynamic you can’t really expect the marketplace to address the values of Carlos’ ultimate abilities and also the issues of what happens to major-league players during every career — they have seasons where they have maladies that rise in the short term.”

Peña had a modest season in Chicago for a 71-91 Cubs team going through the final year of the Jim Hendry regime, hitting .225 with the usual power numbers. He re-signed with the Rays after the season, played three more season with four teams and retired at age 36.

Now another Boras client has agreed to a one-year deal with the Cubs after hitting a combined .193 the last two seasons. The twist is that former Los Angeles Dodgers star and one-time National League Most Valuable Player Cody Bellinger received a guaranteed $17.5 million — considerably more than Pena — and at age 27 could have many more years left in his career.

While a one-year deal is considered relatively risk-free, Bellinger will undergo considerably more scrutiny than Peña, who was past his prime by the time the Cubs provided him with a comfy landing spot. The Dodgers non-tendered Bellinger after the 2022 season, giving up on a homegrown player once touted as a core piece of the franchise.

What did Cubs President Jed Hoyer see in Bellinger that the Dodgers missed? Can Bellinger be the player he was in 2019, when he outdueled Milwaukee Brewers outfielder Christian Yelich to win the MVP award? Or was it just a stab in the dark for a team that’s seemingly averse to long-term deals but still hopes to be a contender?

Sometimes a change of atmosphere is all that’s needed, and the Cubs are hoping this is one of those instances.

It might be a small sample size, but Bellinger has enjoyed playing at Wrigley, as he told me in 2019.

“I love it here,” he said. “There’s so much history. It’s more being a baseball fan as a kid and watching it on TV.”

At the very least Bellinger should be motivated. Dodgers President Andrew Friedman said that day at Wrigley that Bellinger’s inner drive to succeed is apparent to anyone paying attention.

“The physical attributes have always been there,” Friedman said. “Obviously he had a monster rookie season in 2017 and still had a really good season in ‘18 and took a step back some. Nobody was more disappointed in that than him, and he really went about his work this winter in a very determined way to learn more about his swing and to understand how to couple that with a sound approach.

“The consistency he has demonstrated from a process standpoint, from the very beginning of spring training until now, is really incredible for a player his age.”

Back then Bellinger looked like a player who one day would command a $300 million, long-term deal. His home run race and MVP battle with Yelich was the talk of baseball that summer.

Of course that’s not how the story ended. Bellinger suffered a dislocated right shoulder in 2020 while celebrating his home run in Game 7 of the National League Championship Series against the Atlanta Braves, a freak injury from a forearm bash with teammate Kiké Hernández. Bellinger underwent surgery after the season on his right, non-throwing shoulder, then fractured his left fibula during the opening week of the 2021 season. He has not been the same since.

Counting on a comeback from a once-dominant player after back-to-back subpar seasons can be risky business. But sometimes one team’s mistaken judgment turns into another team’s good fortune. Only two years ago the Cubs non-tendered Kyle Schwarber after he struggled during the pandemic-shortened 2020 season.

The Cubs don’t need Bellinger to be an MVP candidate next season, but if he’s anything close to the old “Belly,” they’ll be satisfied. He’s a defensive upgrade in center and can become a Ben Zobrist-like chess piece for manager David Ross at first base and in the outfield.

[ [Don’t miss] Column: Willson Contreras is a St. Louis Cardinal — and we still don’t know why the Chicago Cubs didn’t want to keep him ]

But now that the winter meetings are over, the Cubs are under the gun. The “Big Four” shortstop market is down to two in Carlos Correa and Dansby Swanson, meaning there’s still a possibility the Cubs will go 0-for-4. Xander Bogaerts’ 11-year, $280 million deal with the San Diego Padres basically ensured both Correa and Swanson will command more money than projected, which already was an enormous amount. And the Cubs aren’t the only ones looking at signing one; the San Francisco Giants are considered favorites to nab Correa.

Swanson might be the best option, financially speaking, and even then they still would have to overpay.

An 0-fer by Hoyer wouldn’t be catastrophic for the Cubs, who have the reliable Nico Hoerner at short. But after all the talk about “intelligent” spending, the lack of a top-line free agent would be considered a missed opportunity.

The Cubs lineup as it stands is strikeout-prone and full of question marks outside of Hoerner, Ian Happ and Seiya Suzuki. Of players with 400 or more at-bats in 2022, Patrick Wisdom had the fourth highest strikeout rate (34.3%) while Christopher Morel was sixth (32.2%),and Bellinger 24th (27.3%). Suzuki and Happ were 48th and 74th, respectively.

At least Franmil Reyes, who was fifth at 33.2% with the Cubs and Cleveland Guardians, elected for free agency after being outrighted to Triple-A Iowa.

A mock lineup on Marquee Sports Network after the report of the Bellinger signing had second baseman Nick Madrigal listed as the DH. Maybe it was supposed to be funny. You can never tell with those jokesters. But if that happens, Hoyer — and Chairman Tom Ricketts — are going to have some explaining to do.

The Cubs still have plenty of time this winter to spend, so no one should panic yet. The Cubs know a pillow contract for Bellinger and a four-year, $68 million deal for Jameson Taillon aren’t enough to satiate a fan base expecting a prime-time free agent to walk through the gates of Wrigley Field.

Don’t sleep on the Cubs yet. Hoyer just could be taking a nap.