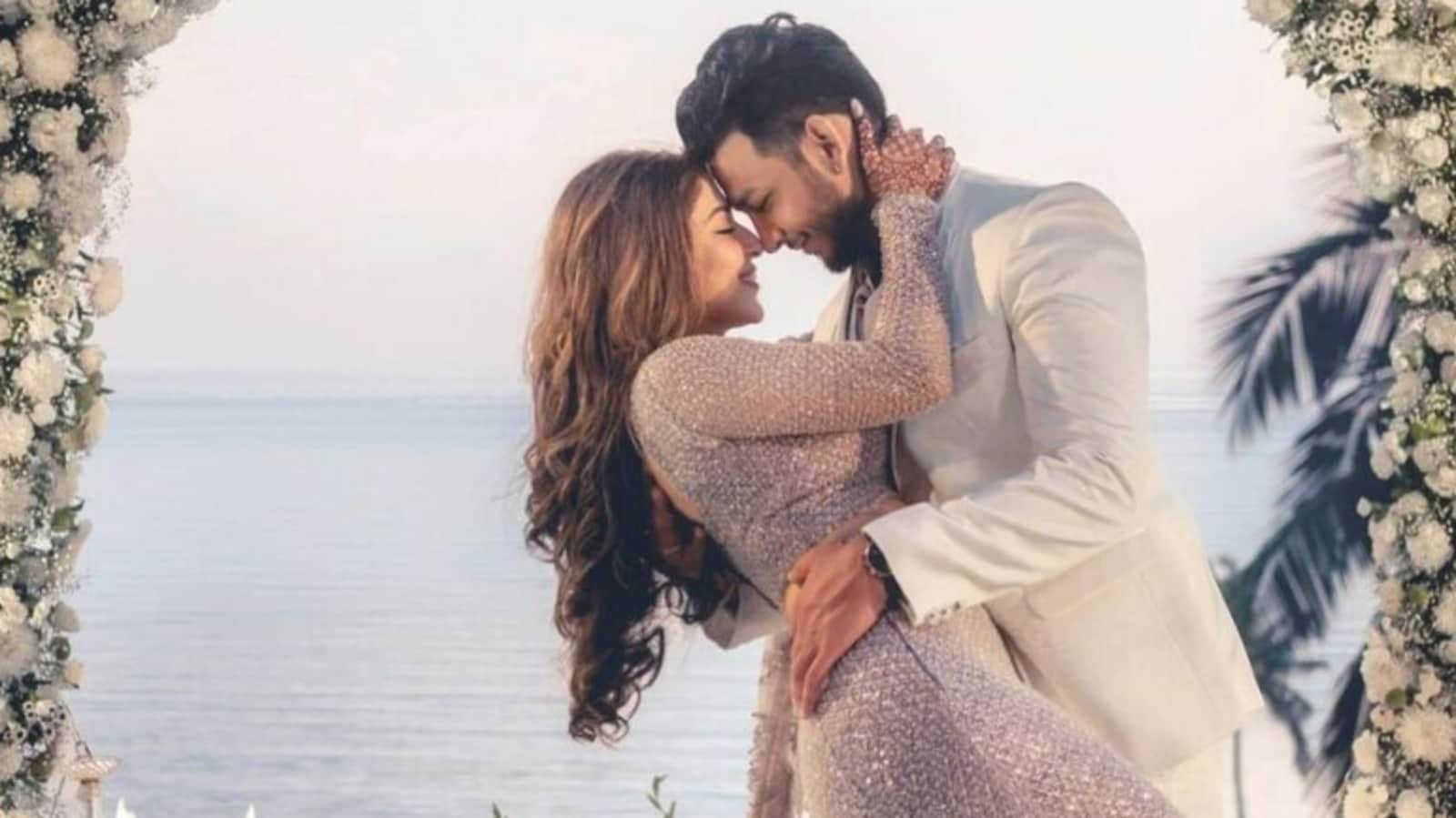 Actor Sonarika Bhadoria posted the first pictures from her roka ceremony with her fiancé, businessman Vikas Parashar. The Devon Ke Dev Mahadev actor got engaged earlier this year after Vikas popped the question to her on a beach destination. Announcing her roka on Instagram, she wrote, “3-12-2022 My whole heart for my whole life.” (Also read: Sonarika Bhadoria is engaged)

“Got myself the gift of a lifetime! eternally grateful for this blessing Happy Happy Roka Love,” she added and tagged her husband-to-be. For the pre-wedding ceremony, the actor opted for a mauve-coloured sequined co-ord set. Her partner wore a full white suit.

The two posed with the romantic background of the sea at the event. They celebrated with a special cake-cutting ceremony and were joined by their family members and close ones. Many of their photos featured their candid loved-up moments.

Currently, the comment section of the actor’s post is filled with congratulatory messages. A fan wrote, “You had the kind of roka I always imagined for you! So happy for both of you my most beautiful couple!!!#ViRikaka Roka!!!! Always stay happy and keep smiling both of you.” Actor Tassnim Nerurkar added, “Congratulations sweetheart.”

Sonarika made her debut with the TV show Tum Dena Saath Mera in 2011. She is popularly known for playing Goddess Parvati in Devon Ke Dev Mahadev, which starred Mohit Raina as Lord Shiva. The actor also made her film debut in the Telugu flick, Jadoogadu, in 2015. In 2018, Sonarika marked a comeback to Hindi TV shows and was last seen on screen in Ishq Mein Marjawan.