Did Anshula Kapoor just confirm relationship with Rohan Thakkar with pics from Thailand? 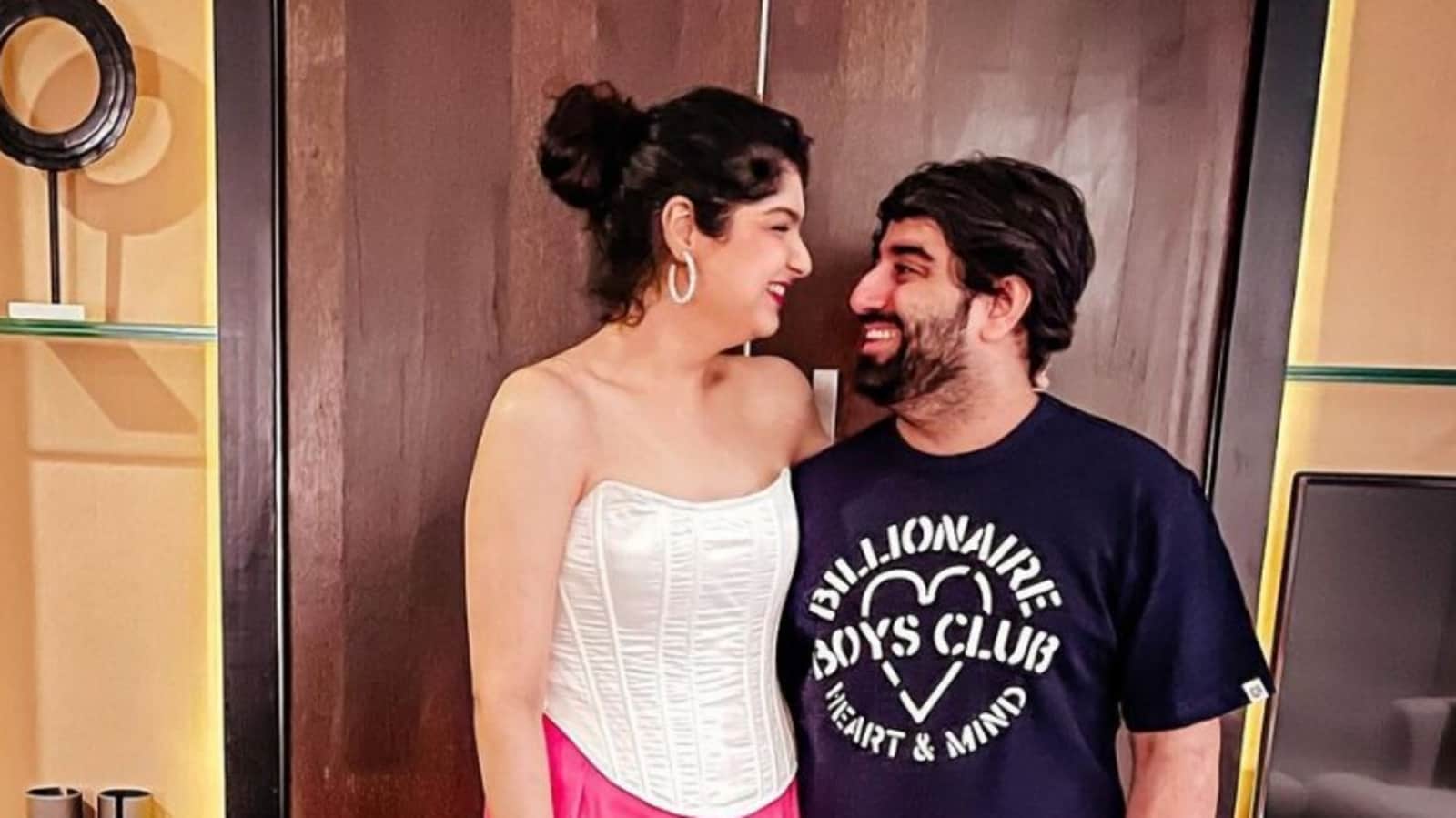 Social media influencer and Boney Kapoor’s daughter, Anshula Kapoor posted pictures from a trip to Thailand ahead of her birthday. She attended a Maroon 5 concert and was joined by screenwriter Rohan Thakkar in a loved-up photo. Anshula and Rohan are rumoured to be dating, although they haven’t confirmed it publicly. Also read: Anshula Kapoor dating Rohan Thakkar

Anshula posted a series of videos and photos. In them, she appeared grooving and mouthing lyrics of the band’s hit track Love Somebody. A friend of hers also joined her on the song Don’t Wanna Know.

She also added a solo photo with Rohan who had his hand around her waist. The two gazed at each other with a big smile. At the event, Anshula wore a white corset top with fuschia pink pants. Rohan, on the other hand, looked casual in a t-shirt and trousers. She also shared some close up shots of singer Adam Levine.

Sharing the experience, Anshula wrote on Instagram, “Birthday month started with a bang!!! Danced so much, needed a foot massage at 1am to cap things off!!” She further tagged a brand and a friend, “Never in my wildest dreams would I have thought I will wear a corset & have funnnnn in it!! thank you @leaclothingco for the comfiest, chicest corset!! y’all are awesome @ruchikrishnastyles, bro it’s a forever kind of love affair with you Bucket list goals #Maroon5 #AboutLastNight.”

Anshula Kapoor is the sister of Arjun Kapoor and the daughter of Boney Kapoor and his first wife, Mona Shourie Kapoor who died in 2012. She is also Janhvi Kapoor and Khushi Kapoor’s half sisters and shares a close bond with them.

Rumours of Anshula dating Rohan first made waves when she posted a loved-up boomerang with the screenwriter on social media. When Hindustan Times reached out to Anshula about the relationship, she neither denied it nor confirmed it. She said, “I wish to politely decline to comment on it or talk about it with the media. Thank you for respecting my wish.”

However, an insider confirmed their relationship and added, “It was earlier this year that they started officially dating. Anshula’s family is well aware of Rohan and in fact, quite fond of him. The two often go on vacations and we won’t be surprised if they soon take the next step. They are quite happy with each other.”