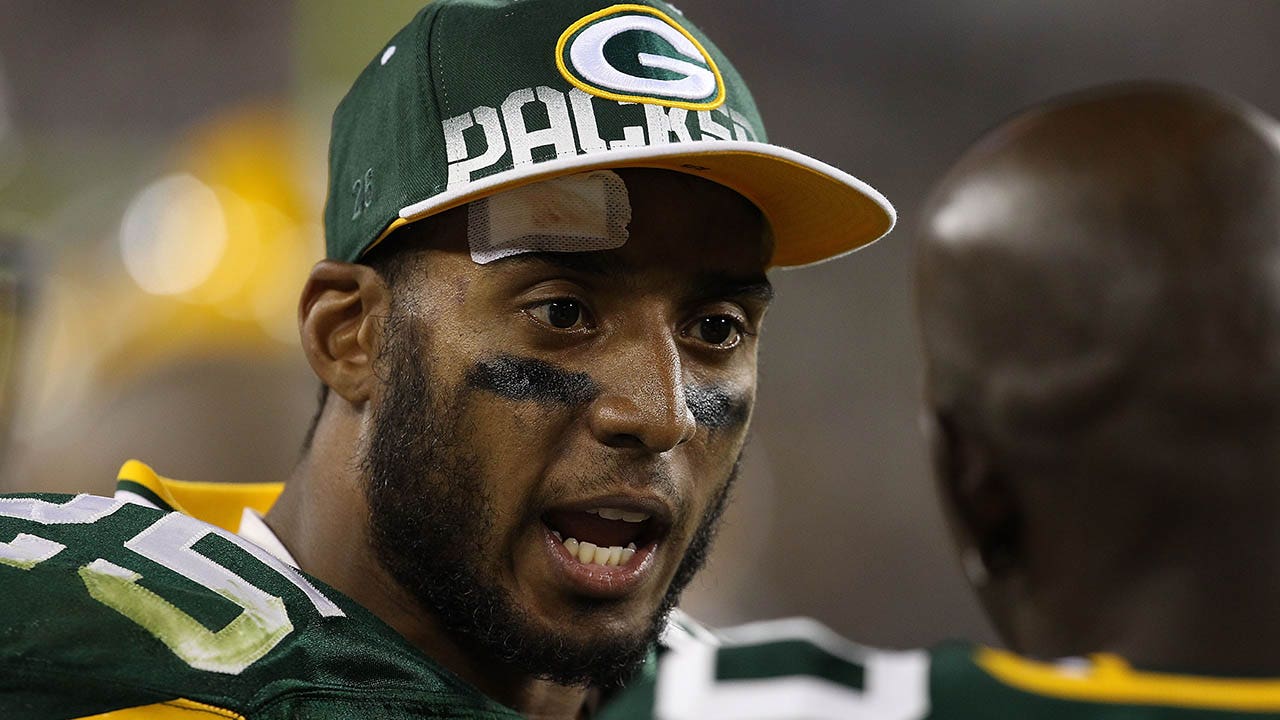 
Ryan Grant was a star running back at Notre Dame and became a starter for the Green Bay Packers before retiring from the NFL after the 2012 season.

On Saturday, he drew ire after the New York Post reported he shelled out bail money for a man accused of shooting an NYPD officer.

Grant was among those who donated money to secure the release of Nelson Pizarro, who was accused of shooting an NYPD detective during a drug bust on Staten Island, according to the report. Grant reportedly gave $500,000 in cash to secure a $5 million bond for Pizarro’s release.

Ryan Grant of the Packers celebrates a touchdown against the Tennessee Titans at Lambeau Field on Dec. 23, 2012, in Green Bay, Wisconsin.
(Tom Lynn /Getty Images)

Grant, 40, is originally from Suffern, New York. He played high school football for Don Bosco Prep in New Jersey before going to Notre Dame, where he would run for 2,220 yards and 18 touchdowns. He played for the Packers from 2007-2012 and won a Super Bowl with the team in 2010. He finished the 2012 season in Washington before bowing out of the NFL.

His relationship with Pizarro was unclear.

Pizarro was charged in January with shooting NYPD Detective Dominick Libretti in the leg during an operation in the New Springville neighborhood of Staten Island. Pizarro was not the target of the raid but was allegedly shooting at officers from the bedroom of the home.

Running back Ryan Grant of the Packers runs the ball against the Minnesota Vikings during the NFC wild card playoff game at Lambeau Field on Jan. 5, 2013, in Green Bay, Wisconsin.
(Andy Lyons/Getty Images)

LEBRON JAMES TALKS CRITICIZING MEDIA OVER JERRY JONES PHOTO: ‘I AM DEFINITELY WOKE THAT’S FOR SURE’

Libretti is a 10-year veteran of the NYPD.

Ryan Grant of the Packers talks with teammate Donald Driver during a preseason game against the Indianapolis Colts at Lambeau Field on Aug. 26, 2010, in Green Bay.
(Jonathan Daniel/Getty Images)

“The fact that an individual who shot an NYPD detective is walking the streets of our city is a slap in the face to every dedicated member of law enforcement,” he told The New York Post. “What’s more disgraceful is that former NFL player Ryan Grant funded the bail of an attempted cop-killer, drug dealer who pushes his deadly poison in our communities.

“It begs the question, would Mr. Grant spring this criminal if his family member was the victim or just when it’s a hero detective protecting the public?”