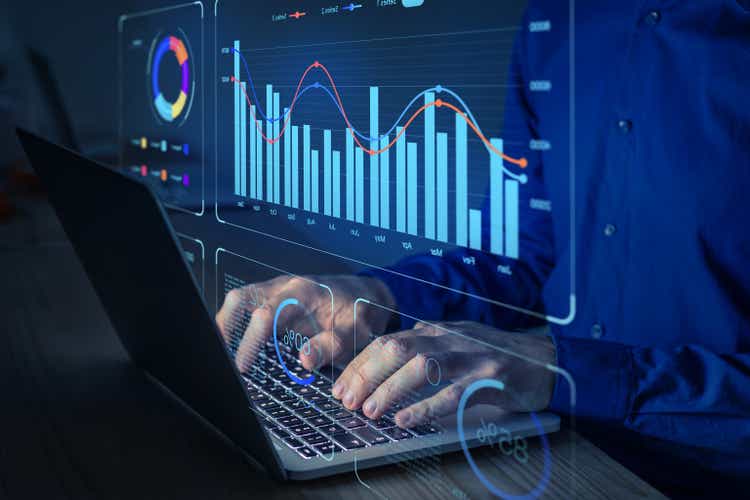 
FactSet (NYSE:FDS) is a data and software solutions provider that works with the financial and investment industry. Just last year the company joined the S&P 500 after a solid run of profitability and growth. In 2022, this trend continued and the company beat both top and bottom-line growth estimates. In this post I’m going to break down the business model, financials, and valuation, let’s dive in.

FactSet is a diversified software and data provider, which provides the following products/services;

What separates FactSet from other data and software providers is its professional-level accuracy and granular data analysis. For example, the FactSet portfolio analytics tool can break down your investment portfolio by attribution so you can see which asset classes or stocks are driving the returns. The company also helps institutional investors manage their complex trading and back-office financials.

FactSet reported strong financial results for the fourth quarter of the fiscal year 2022. Revenue was $499 million, which increased by a rapid 21% year over year and beat analyst expectations by $11.35 million. For the full fiscal year of 2022, revenue was $1.84 billion which beat management’s guidance of $1.83 billion at the high end of its range.

Organic Average Subscription Value [ASV] and professional services was $158 million, which increased by 9.3% year over year and surpassed management’s range of between $130 and $150 million.

Breaking revenue down by segment, its largest contributor the Research & Advisory segment, reported solid growth of $875 million, which increased by 8% year over year. Analytics & Trading increased revenue by 10% year-over-year to $651 million. In addition, the CTS segment was $311 million which increased by 11% year over year. These results were driven by a plethora of new customer wins across mainly small-medium-sized businesses, in the private equity and venture capital industry, followed by larger customers. The company also reported “several” ESG [Environment, Social, Governance] wins. FactSet has expanded its ESG content over the past couple of years through its acquisition of Truvalue Labs and partnerships with over 45 ESG data providers. ESG is a growing industry and it is estimated that 33% of all assets under management will have ESG mandates by 2025. FactSet is poised to benefit from the growth in the ESG industry.

FactSet expanded its partnership with investment bank Raymond James. In addition, FactSet partnered with the iconic financial services company State Street, to streamline data flows across the entire financial ecosystem from front, to middle and back office. The company also has an enormous partnership with the world’s largest asset manager, BlackRock, which has adopted FactSet’s enterprise trading technology.

FactSet reported GAAP Earnings Per Share [EPS] of $2.69 in Q4 FY22, which beat analyst estimates by $0.09 and increased by 2.3% year over year. This growth rate wasn’t as fast as I would have liked to see as it was offset slightly by interest expenses and margin compression.

The company reported an eye-watering 25% increase in operating expenses which grew to $367 million. This was driven by a $13 million intangible asset amortization which will be a recurring charge. The company also increased its personnel expenses, technology expenses, and was impacted by unfavorable foreign currency exchange rates.

A positive for the company was a reduction in its effective tax rate from 14.7% to 10.3%. This was driven by lower pre-tax income related to the timing of tax documents. Free cash flow declined by 20% year over year to $136 million. This was driven by mainly higher working capital.

FactSet has a robust balance sheet with $547.1 million in cash and short-term investments. In addition, the business has $2.2 billion in total debt, with the vast majority ($1.982 billion) in long-term debt.

FactSet completed the $1.9 billion acquisition of CUSIP Financial services from S&P Global in the first quarter of 2022. CUSIP is the company which provides the unique identifiers to each security (stocks and bonds) for operational efficiency and risk management reasons. For example, the CUSIP number for Apple stock is 037833100. As this company provides the industry standard of identifiers for securities, I believe the business has a solid competitive advantage. The synergies also offer FactSet the opportunity to upsell institutional investors its software, when clients reach out for a CUSIP number. From the graphic below you can see the acquisition has lifted revenue slightly and mid to high single-digit revenue growth is expected for the merged company by FY 2025

In order to value FactSet, I have plugged the latest financials into my advanced valuation model which uses the discounted cash flow method of valuation. I have forecasted 20% revenue growth for next year and 15% revenue growth over the next 2 to 5 years. This is fairly optimistic given management’s forecast of “single digit” growth in FY2025. I will elaborate on the reasons why I have been optimistic at the valuation output.

I have forecasted the company to grow its operating margin to a strong 35% over the next 8 years as the company benefits from upsells and cross-sells.

Given these factors I get a fair value of $408 per share, the stock is trading at ~$450 per share at the time of writing and thus is 10% overvalued, even with optimistic estimates. Therefore, if I would have been conservative with my growth, estimates the stock would have been even more overvalued.

FactSet also trades at a price to sales ratio = 8.13 which is 9.25% more expensive than its 5-year average.

As mentioned above FactSet doesn’t exactly trade at a cheap valuation both intrinsically and relative to historic multiples. The high inflation and rising interest rate environment also mean it would not surprise me if growth started to slow down for the company as sales cycles lengthen.

FactSet truly does offer a best-in-class technology and data solution for the investment management industry. The company has made a few solid acquisitions and is growing both revenue and contract value well. However, the stock’s current valuation means there is an “opportunity cost” associated with an investment given the number of opportunities. Therefore I will label the stock as a “hold” for now.