FIFA World Cup 2022: Our boys will continue to grow, says David Beckham as he backs England team after exit 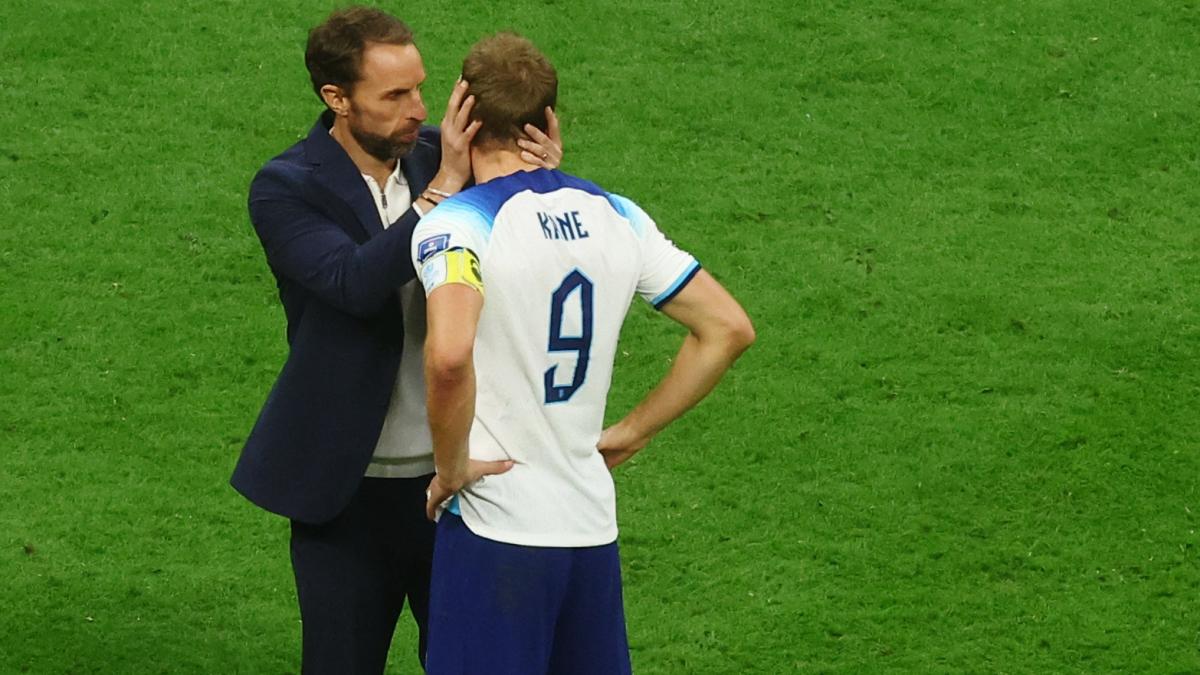 
David Beckham has offered his support to the England team after their heartbreaking loss on Saturday to France in the quarterfinals of the World Cup. The Three Lions were beaten 2-1 by the defending champions in Qatar.

Beckham offered his support to Southgate and his team after their World Cup exit (Courtesy: Reuters)

By India Today Web Desk: David Beckham has backed the England football team, saying that the players will continue to grow after their exit from the FIFA World Cup in Qatar on Saturday.

France were able to produce a 2-1 win against the Three Lions in the quarterfinal. Aurelien Tchouameni and Olivier Giroud scored the goals for the defending champions while Harry Kane score the only goal for England through a penalty.

Kane had the chance to score again from the spot, but his shot went over the bar and into the crowd. This would prove to be the turning point of the match as France held on to secure the win in the end.

The Three Lions have been backed by the fans of the team and the latest one to show his support was Beckham. The former England captain wrote on Instagram that the players will continue to grow despite being knocked out of the tournament. He said that everyone can be proud of the current team.

Beckham then went on to offer his support to Kane, who missed the important penalty. He hailed the England striker as a true leader and said that the ending would be different for the team next time.

Beckham said that the team can walk away from the tournament in Qatar with the their heads held high.

“Our boys will continue to grow.. It’s always the worst feeling waking up after being knocked out of a tournament, but our players, Gareth the staff and all our fans can be proud of this teamâ€¦ It takes a true leader to step up in these moments and that’s what our captain did , the next time it will be a different ending. We walk away with our heads held high @england,” said Beckham in his post.

Gareth Southgate has remained coy on his future with the team after the World Cup exit and said that he will need time to make the correct decision.