Hello Group: Now May Be Its Time To Shine (NASDAQ:MOMO) 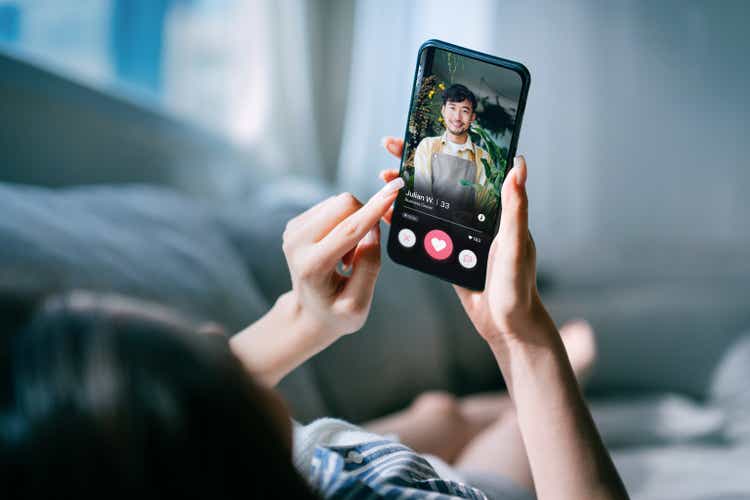 We wrote about Hello Group Inc. (NASDAQ:MOMO) back in September when we stated that the company’s improving guidance could yet result in a bottom in the stock. Many times, bottoms get confirmed by a binary event such as a quarterly earnings announcement and this played itself out once more post the announcement of Hello Group’s third-quarter earnings.

Shares of the Chinese stock rallied hard post the announcement of the company’s Q3 sales and earnings beats where sales of $454.5 million were announced on non-GAAP earnings of $0.37 per share. Furthermore, encouraging guidance coupled with the fact that China continues to reopen at an accelerated rate were also factors that contributed to a very strong double-digit percentage rally on Thursday the 8th of this month which persisted into the close on Friday the 9th.

As we can see from the intermediate chart below, MOMO’s 10-week moving average has now moved above its 40-week average as a result of the very strong rally over the past two trading days. Furthermore, we have a convincing trend-line break above that multi-year downcycle trendline and a turning up of the popular ADX technical trend indicator.

Remember, the strongest trending moves take place from market highs and not market lows. Therefore, investors should not believe that the opportunity has been missed here but rather that a sustained trending move may be just starting.

The trend that the market obviously liked in the report was the better-than-expected sales number (RMB3.23 billion) which drove profitability for the quarter. However, after delving through the income statement, what sticks out like a sore thumb is the significant increase in operating income due to a significantly lower SG&A expense for the quarter. In fact, Q3 operating income of $73.1 million for the quarter jumped by 40%+ as the company benefited from lower marketing spending as well as improving performances from the company’s higher margin offerings.

Suffice it to say, although MOMO remains in the negative territory from a bottom-line profitability standpoint over the past four quarters, sequential trends have been very encouraging which led to the market finally having to take notice.

On the live-broadcasting side, MOMO continued its advance reporting sales of RMB1.52 billion which was an 8% increase over the second quarter. More users (assets) flocked to the program which resulted in MOMO being responsible for almost 92% of the top-line take for live broadcasting. What was very encouraging though was the fact that the other 8%+ of MOMO’s live-broadcasting top-line take (Tantan) grew at a 20% clip in Q3.

The strong double-digit growth rate demonstrated that interaction and engagement levels are on the rise among users in this category. We expect the company to continue to double down on what has been working in TanTan. Furthermore, the company’s new standalone applications continue to gain traction and this is having a significant effect on the company’s margins. Management’s objective of putting margin growth over sales is clearly working as we have seen in a pretty flat market with regard to sales.

Suffice it to say, MOMO’s operating margin topped 16% in Q3 which is significantly ahead of the 12.14% trailing 12-month average number. Therefore, despite the fact that sales for the fourth quarter are expected to be down a notch over Q3, investors should be focusing on the above trends in that every $1 of reported revenues is now returning more in bottom-line earnings (Recurring income customers).

From a valuation standpoint, shares trade with a forward sales multiple of 0.98, a forward book multiple of 1.12, and a forward cash-flow multiple of 6.38. Both of the latter multiples (book & cash flow) are lower than their trailing counterparts despite top-line sales expected to be down roughly 16% in fiscal 2022. Suffice it to say, MOMO’s valuation multiples are telling investors loud and clear what is happening internally in the company. Despite the negative sales growth environment this year, management still will have the wherewithal to grow its equity as well as its operating cash flow. This means one thing. Margins are rising which begs the question, where will shares end up when indeed sales growth begins once more in earnest?

MOMO’s recent third-quarter earnings numbers resulted in a spike in the share price which took shares almost to $9 a share. Profitability is on the rise in MOMO and the market finally decided that shares justified a higher price due to overall margin expansion. We look forward to continued coverage.