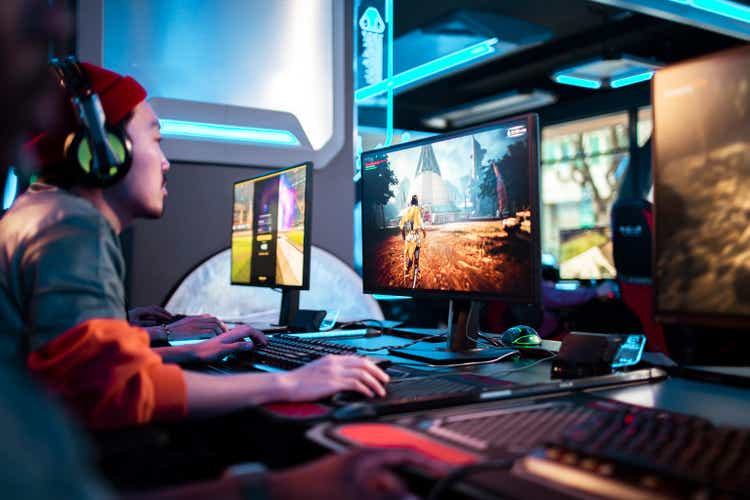 Since its inception in 2005, the company has expanded its business reach globally through its vibrant video-based social entertainment platforms. In 2019, JOYY acquired Bigo, and since then Bigo has improved significantly and produce substantial revenue for the company.

In the last year, the company sold one of its video-based live-streaming platforms YY Live to Baidu for the aggregate price of $3.6 billion. As a result, the company has significant cash reserves.

The stock has dropped over 74% since its high in 2021 and is currently trading at just $35 per share, dropping from around $135 per share. The company has become significantly undervalued and provides enormous upside potential.

In the last ten years, revenue growth has been significantly attractive; it has grown from $131 million in 2012 to over $2.6 billion by 2021. Also, net profits rose considerably over the period, reaching about $531 million by 2019. Still, due to various setbacks that the business has been facing, revenue has dropped significantly, and net profits have turned negative. Note that the outstanding share count has increased from 30 million to about 72 million; although the company has started spending on buybacks, the resulting effect of share dilution is substantial.

Furthermore, the company has a substantially strong financial position; the total value of the balance sheet has reached $9.3 billion and has been increasing consistently. It should be appreciated that the business has grown without any major reliance on debt. Also, the company ends the quarter with over $5 billion in current assets and considerable long-term investments, which provides the business model significant stability.

Over the period, JOYY has generated significant cash flow from operations, which shows that the business model is robust and sound.

The company has over $5 billion in liquid assets with considerably low debt. Whereas the total market capitalization is around $2.5 billion. It seems that the stock has been trading for just 0.5 times its liquid assets; this price point offers significant protection from permanent capital loss and provides a huge margin of safety.

Consider that recent profitability is attributed to investment gain. The operating performance still remains subdued, and if the condition lasts longer, the company might face a significant drop in profitability. Also, the company has been facing tough competition from its competitors, which might put substantial pressure on its margins.

From the issues mentioned above, the stock price might be affected considerably, but its strong financial position along with low valuation, provide the stock with a significant margin of safety.

In the recent quarter, total revenue decreased from $650 million in the same quarter last year to about $586 million, resulting from low streaming revenue. Also, the net profits have reached $540 million from a net loss in the last year; a substantial rise in profitability is attributed to significant gain on fair value change of investments.

The company’s performance in the last nine months reveals the same picture, where revenue has seen a considerable decline. But it should be appreciated that the management has been focusing on share buybacks as the stock price has dropped.

Since the first half of 2021, we have been comprehensively and consistently reviewing the cost structures and management processes of our core businesses. At the same time, we undertook a series of operational adjustments to enhance product synergies, improve operational efficiency, and ultimately ensure the health and sustainability of our business.

Note that a significant amount of revenue comes from Bigo live-streaming platform; the company has been focusing on various strategic initiatives to drive business growth. As a result, Bigo live’s MAU has increased by over 13% and reached a historically high level.

The backdrop that JOYY has been facing is primarily attributed to adverse economic conditions and a recessionary environment, but I believe as the economic sentiments start stabilizing, the company might regain its earning power back.

We will continue to cultivate diverse premium content, innovate interactive product features, and organize activities tailored to local markets. These initiatives will further improve our user experience and ultimately, facilitate the growth of our user community and monetization, 2 factors that correlate positively with user satisfaction over time. In addition, our diversified operations across a number of regions, including North America, Europe, the Middle East, and Southeast Asia, have given us greater overall flexibility and allowed us to mitigate the risks that arise from relying on any single market.

The management has been focusing on improving customer experience, which will strengthen the business model and drive revenue in the upcoming years. Also, Bigo live is expanding its footprints in various high-potential markets; the company has a significant opportunity to grow internationally.

Currently, the company has been trading for $2.5 billion, whereas it produced over $485 million in 2019 (pre-covid), which gives it a price-to-earnings ratio of 5, which seems considerably attractive as compared to historical valuation. Also, the company has over $5 billion in current assets and over $1 billion in investments, which gives it a considerable safety margin. Therefore, I assign buy ratings to the stock.