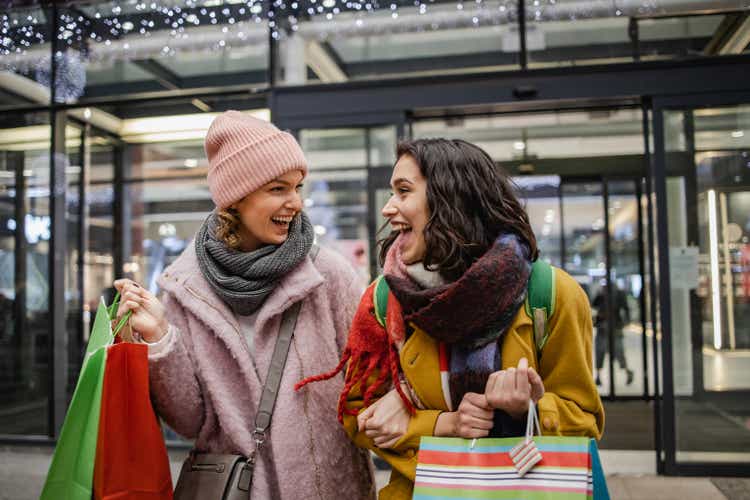 
It was interesting listening to Macerich’s (NYSE:MAC) 2022 Investor Day even if some of the things that were said had already been shared during previous earnings calls. Overall, the main message appears to be that management believes shares are enormously undervalued, that the company is doing a lot of work to improve its properties, and it is delivering solid operating performance and a post-pandemic recovery. The company emphasized its ability to adapt to the changing retail and economic environments and attract diverse, leading retail and non-retail uses to its malls and town centers. It sees a great opportunity to create value through future redevelopments with modest near-term capital needs.

One thing we found particularly encouraging were the countless examples the company gave of robust retailer demand. It showed a long list of exciting retailers new to Macerich, including some digitally native brands, foreign luxury brands, etc. The strong leasing volumes certainly indicate that Macerich’s Class A malls are in demand.

Other encouraging messages were that tenant sales growth remains strong, as well as notable improvements in occupancy. One thing the company is doing, where necessary, to improve some of the malls/town centers is integrating more mixed-use tenants, which leads to property outperformance. The company is really thinking outside the box and adding uses as varied as office, co-working, health & wellness, and even residential. One of the most interesting examples shared was that of the Arte Museum, which is Korea’s largest immersive media art exhibition, and which will now be coming to Macerich’s Santa Monica Place.

One trend that has continued is retailer comparable sales recovering ahead of mall traffic. It seems people go the mall with an objective in mind, more so than pre-Covid. This has resulted in Q3 2022 mall traffic at ~95% of the pre-Covid levels, but sales are significantly higher at ~113% of pre-pandemic levels.

The strong sales recovery has in turn encouraged retailers to open more stores at Macerich’s malls, helping occupancy recover relatively quickly compared to previous downturns like the global financial crisis. The company sounds extremely confident that it will probably reach pre-Covid occupancy by the end of next year. To illustrate the strong leasing momentum, the company shared that they have signed 860 deals since January 2022, totaling 3.16M square feet. Some of these new leases will take time to start generating rent. New store openings should continue during the remainder of 2022 and through 2024, providing significant rent growth in the coming years. The two key things to retain about Macerich’s occupancy are that as it gets closer to its historical average it is better able to push for higher rents on new leases, therefore improving leasing spreads, and the other is that the company sounds very optimistic about reaching something close to the historical average by the end of next year.

Macerich shared that they are constantly being contacted by developers interested in partnering with the company to take advantage of the amazing land the company owns. Macerich, however, is being very selective with the projects it moves forward with. It shared several interesting examples, including hotels and residential. It also has some exciting plans to redevelop some previous anchor store boxes.

In some cases Macerich is able to contribute the land in exchange for some participation in the project, making this strategy very capital efficient. Some other projects will require Macerich to spend some of its capital, especially the repositioning of previous anchor boxes. Macerich expects to spend an average of $125 million to $150 million per year in development and redevelopment projects during 2022-2023. These projects are also expected to densify and diversify the malls and make them more into true town centers. The slide below shows two near term projects, which the company expects will have very attractive yields on investments.

Given that we consider Macerich’s balance sheet the biggest risk for investors, we were keen to learn more about the financing plan for the next few years. As can be seen in the slide below, the company expects to generate excess proceeds from its expected refinancings. In 2022 and 2023 Macerich expects 13 transactions to refinance/extend approximately $3.7 billion of debt (approx. $2.5 billion at MAC’s share). The bad news is that the company estimates the weighted average closing rate on new/refinanced debt will be ~6%, or roughly 140 bps higher than the expiring debt.

By the end of 2023, Macerich anticipates reducing Net debt / Forward EBITDA to approximately 8.2x, and to improve liquidity to $875 million. Unfortunately, part of the plan involves issuing ~$150 million in new shares. The company said they would be very judicious as to the prices at which they issue the new shares, and hinted that they find the current share price too low to issue the shares now. It was not entirely clear how the company would proceed if the share price does not recover to a price they find appropriate.

Management was not shy about sharing their opinion that shares are very cheap. This is something with which we agree, as we believe there is still enormous value in the shares. We found that two slides in particular were very explicit as to the valuation discount at which Macerich is currently trading. One slide, shown below, showed how shares are trading at an approximately 50% discount to the historical average FFO multiple.

We continue to believe the main risk with Macerich is its leveraged balance sheet. The company has been working hard to reduce leverage and improve it, but unfortunately that meant some meaningful dilution for shareholders. There is also the risk of more shares being issued next year at relatively low prices. Fortunately the amount the company is considering is relatively modest compared to the current market cap, and would probably result in 5-10% additional dilution.

We found Macerich’s 2022 investor day to be quite interesting, we recommend that investors that have the time listen to the replay which is still available here. The company shares a lot of details on specific property improvements and development projects. We were left with a general positive impression that the company is working hard and being very creative to maintain its malls and town centers as attractive destinations. The company was also very clear in that they believe shares are currently undervalued, and provided two slides in particular to make their case. The company seems to have made significant progress preparing for the refinancings that are coming. The one thing we disliked was the possibility of additional dilution as part of Macerich’s financial plan. In any case, we agree with the company that at current prices shares offer a lot of value.