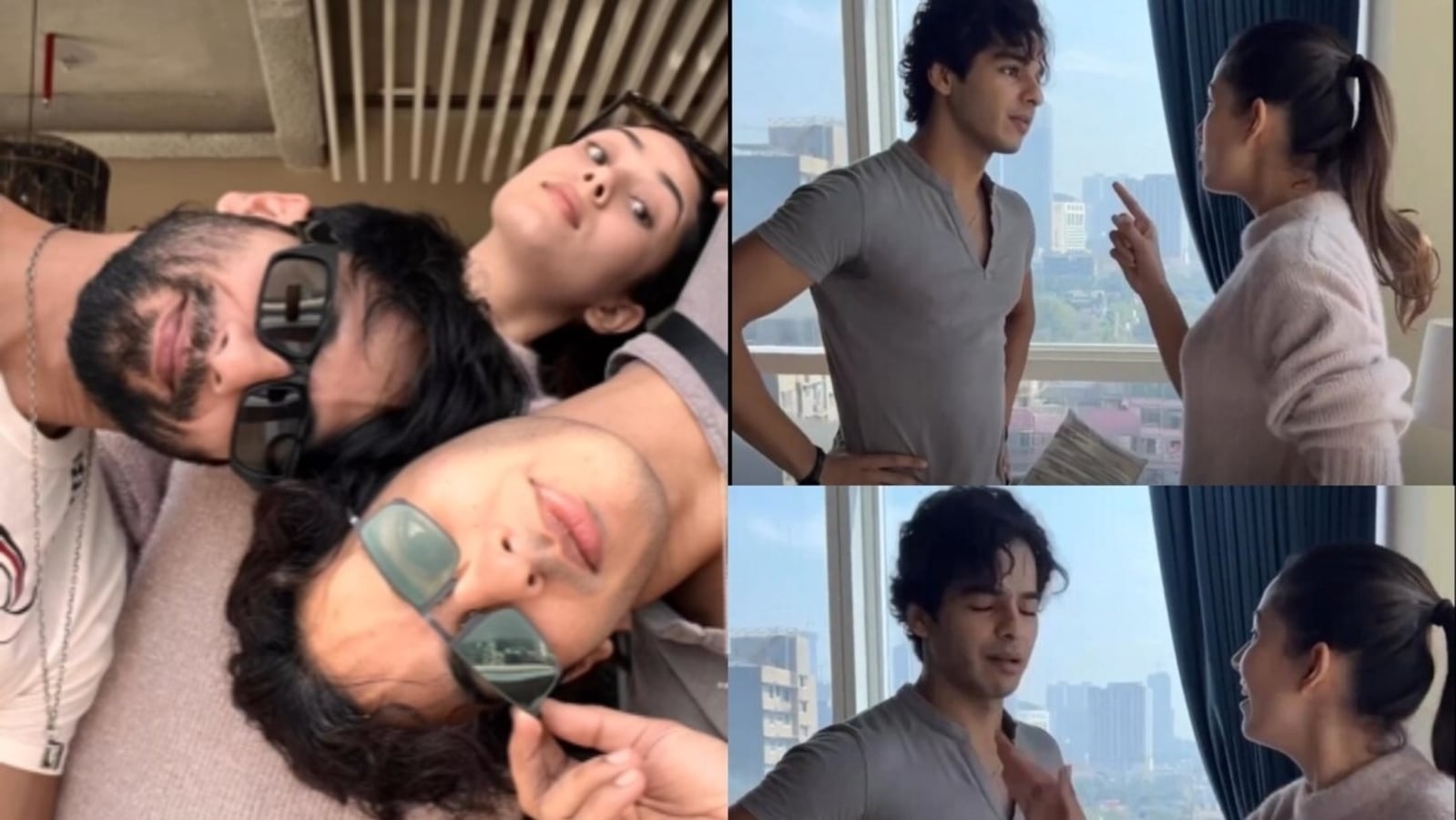 The two brothers, Shahid and Ishaan, began their Sunday together, heading out for a bike ride before ending back home. The actor revealed some photos of their morning together in a series of Instagram Stories. Shahid and Mira moved into the new Worli duplex two months ago.

They then got down to recreating the scene from the 2001 film where Sameer is persuaded by his friends, namely Akash, to be more assertive in his relationship with Priya. Shahid and Ishaan captioned their joint video, “Dil kya chahta hai ?! (waving hand emoji)” “You need to become a little more engaged with what you’re doing,” Mira begins, as Ishaan tries to get in a word during her advice session. She finally tells him, “Just keep quiet!”

Shahid chimes in with Akash’s dialogue, while drinking coffee, “Arre, mard ban, be a man. Arre, usne teri mardangi ko lalkara hai, dikha usse (Be a man, she has challenged your manhood).” A convinced Ishaan walks off determinedly only to return to Mira and say, “Bhabs…” But Mira replies, “Ishaan, bano maat, main tumhari shakal bhi nahin dekha chahti. Go to hell!” She then lightly ‘slaps’ him and bends over laughing, causing everyone else to crack up as well. The trio also posed together for some goofy photos at home against the title track of the Hindi film.

Their recreation seems to have delighted fans and colleagues who commented on their post. Actor Kriti Sanon wrote, “Crack!!! (haha emoji)” While Raashii Khanna shared, “So cute you guys! (haha and heart emojis)One Instagram user commented, “Hahahahahahahaha so invested!” Another added, “I’m watching this on loop … I can’t control my laugh …. Bichara Mera Banda …” Yet another was shocked that Mira ‘slapped’ Ishaan.