New parents Ranbir Kapoor and Alia Bhatt are all smiles as they pose with their fan. See pic 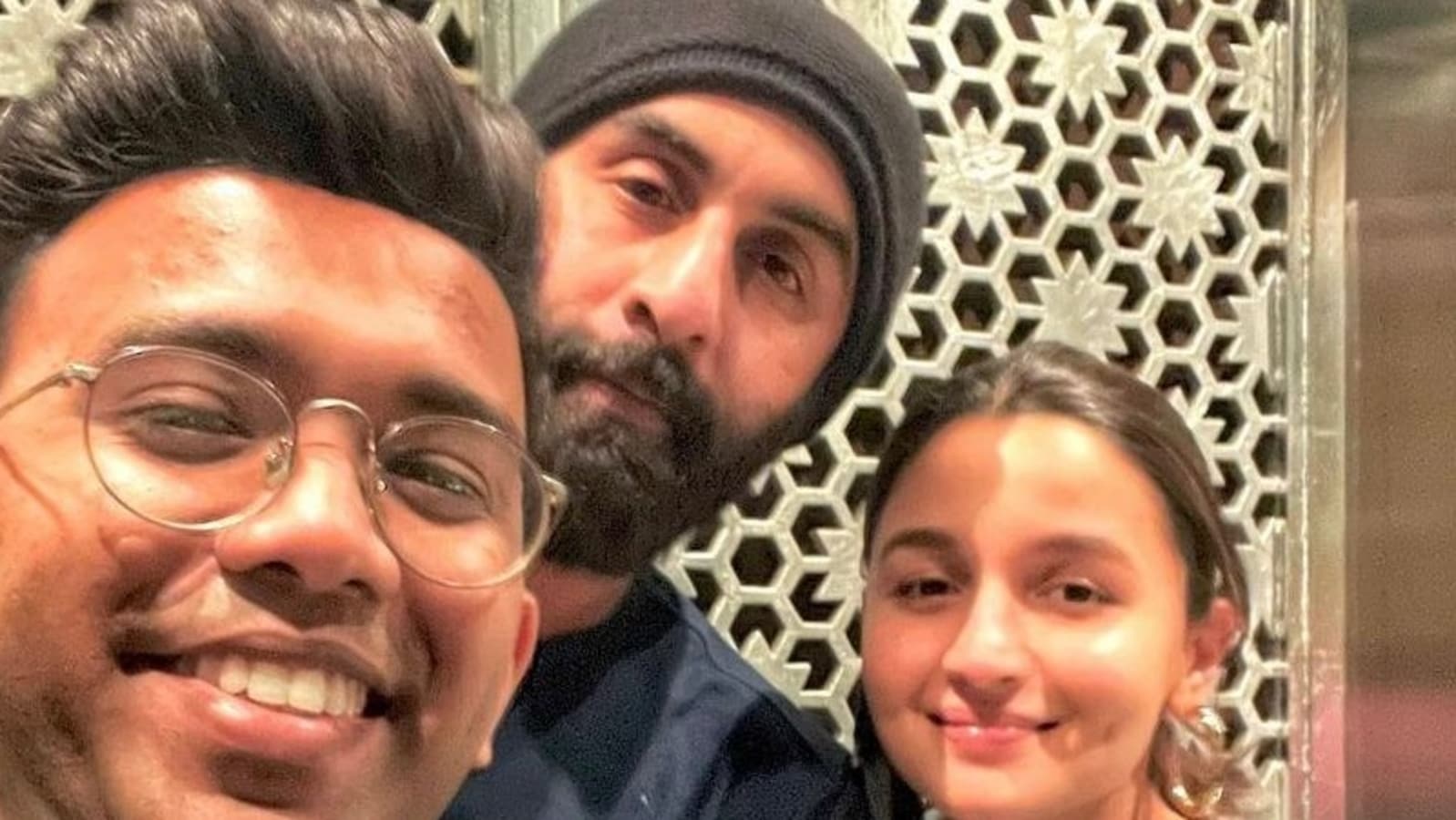 Alia Bhatt and Ranbir Kapoor were spotted with their fan in a new picture. Both of them were all smiles in the photo. Their fan took to Instagram and shared a happy picture with them. Many people reacted to the picture with messages in the comment section. (Also read: Rajinikanth poses with fan on set of Jailer and signs an autograph for her; fans are jealous of ‘lucky kid’. See pics)

A fan shared a happy moment with Alia and Ranbir. Alia wore a denim jacket with white tee. Ranbir wore a dark coloured sweater with a cap around his head. The fan took the selfie and shared it on his Instagram handle. Alia stood with her husband while posing for the camera. She kept her hair tied. Alia and Ranbir looked straight into the camera.

Sharing the picture on Instagram, the fan wrote, “Hello hello hello with the Kapoor’s, Moment hai bhai (It is a moment, brother). ” Reacting to the picture, one person commented, “Where did you meet them?” The fan replied, “Mumbai.” Another person wrote, “Tu viral ho gaya bhai (You have gone viral brother).” Other person commented, “New mommy and daddy (smiling face with red heart eyes emoji).” “Lucky man”, added another.

Alia and Ranbir welcomed a baby girl on November 6, 2022. Alia shared the news on Instagram with an adorable post and wrote, “And in the best news of our lives:- Our baby is here… and what a magical girl she is (red heart emoji). We are officially bursting with love-blessed and obsessed PARENTS!!!!! love love love Alia and Ranbir (family emoji).”

Ranbir Kapoor and Alia got married in an intimate ceremony in April,2022. The couple began dating after they worked together for the first time in Ayan Mukerji’s Brahmastra Part One: Shiva, which released worldwide in September. The movie was a success at the box office.

Recently, Alia took to Instagram to revealed her daughter’s name and wrote, “The name Raha (chosen by her wise and wonderful Dadi) has so many beautiful meanings… Raha, in its purest form means divine path in Swahili she is Joy, In Sanskrit, Raha is a clan, In Bangla – rest, comfort, relief, in Arabic peace, it also means happiness, freedom & bliss.”

Alia will be next seen in Karan Johar’s directorial venture Rocky aur Rani Ki Prem Kahani. She is set to make her Hollywood debut with Heart Of Stone, which stars Gal Gadot. Ranbir will be next seen in director Luv Ranjan’s next untitled romantic comedy film with Shraddha Kapoor. He also has Animal with Sandeep Reddy Vanga.

Share
Facebook
Twitter
Pinterest
WhatsApp
Previous article
Korea Fund (KF): How To Invest In The Korean Stock Market As It’s Poised To Rise In 2023
Next article
Wayne Rooney on Harry Kane equalling his England record: Could not think of anyone better to take over
- Advertisement -