Ocular Therapeutix: Good Potential, But Not That Good An Execution (NASDAQ:OCUL) 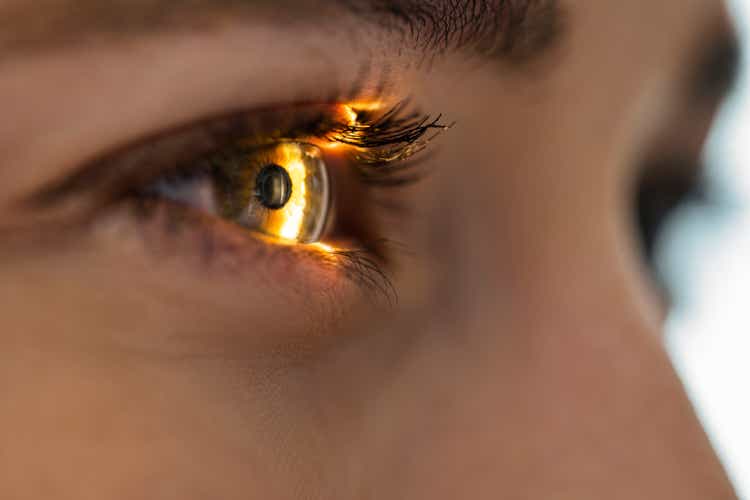 
Last year, I wrote about Ocular Therapeutix (NASDAQ:OCUL) that it was doing good medicine, but faced high competition. At that time, the company had two approved products, DEXTENZA, a dexamethasone ophthalmic insert for ocular inflammation and pain following ophthalmic surgery, and ReSure Sealant, an ophthalmic device designed to prevent wound leaks in corneal incisions following cataract surgery; and a phase 1 stage candidate for wet AMD. Recent sales decline of DEXTENZA, followed by slashing of revenue guidance, has borne out my comments. The stock is down 83% since I wrote that article in April last year, when I was traveling in the Himalayas, the mountains absolutely to myself due to the covid-induced lockdown. Anyway.

In my April article, I discussed the phase 1 data from OTX-TKI (this uses 600µg of the tyrosine kinase inhibitor axitinib,) in neovascular or wet AMD. I concluded that:

…while the earliest signal of efficacy was observed in the combo therapy cohort 3b, the key USP of the treatment, therapy durability, was observed for 10 months in the 400 μg Cohort 2. The treatment was also well-tolerated.

I also noted the following about future trials:

It shows that a significant percentage of patients did not need rescue medications at durations much longer than those obtained with currently available anti-VEGF injection therapies. This is a very small trial, and these results need to be replicated in larger US-based trials, however, if they are, indeed, replicated, OTX-TKI will be a significant addition to the treatment of these retinal diseases.

Since then, in the last few quarters, DEXTENZA and Ocular have consistently missed revenue estimates despite a label expansion for DEXTENZA in allergic itching of the eye, which could be a $250mn revenue generator for Ocular. There’s also been new data from the OTX-TKI program, which I will discuss.

Ocular’s hydrogel drug delivery platform creates sustained-release formulations of previously approved therapies. Drugs can be released for days or months, as needed. The product is biocompatible and preservative free. It is also biodegradable and dissolves after the drug is delivered. The hydrogel is a biodegradable polyethylene glycol (PEG’) network and can be used to trap and deliver both small molecules and large proteins in various dosages. The company has numerous patents covering the technology.

The technology is versatile, and has tested various approved and useful products over the years, sometimes with success, sometimes failure. It uses a miniscule insert into the eye, and has been able to show much longer duration of treatment effect. However, efficacy of the platform is unpredictably tied in to the efficacy of the drug it uses. For example, a phase 3 trial of travoprost in glaucoma failed in 2019. Now, travoprost is a prostaglandin that was widely used to treat intraocular pressure or IOP in open-angle glaucoma – see here for a discussion. However, sometimes travoprost monotherapy may not work, and a combination therapy with other agents like timolol may be prescribed. As it says here:

However, if treatment with monotherapy fails to reduce or maintain IOP under control, a fixed combination can be an alternative to keep daily single-drop therapy.4 Combining drugs that have different modes of action should provide an additional IOP lowering effect.

Now, in the Ocular Therapeutix trial referred to above, travoprost was used as a single agent and failed to adequately lower IOP. Although the trial did not even use an active comparator, it failed to show greater reduction in IOP over placebo. Earlier, it failed to beat timolol active comparator as well. More critically, “OTX-TP’s effect appeared to wane over time, raising questions about the company’s sustained delivery approach,” and this was a longer term problem than a single trial.

A couple of years after the above incidents, another asset, OTX-CSI, which was using cyclosporin on the same technology to treat dry eye, also failed a phase 2 trial. They have another product, OTX-DED, using dexamethasone, currently in phase 2 targeting dry eye disease. Last year, a phase 2 study of OTX-DED in 166 patients produced what the company said were positive results.

The company just a couple of months ago released topline data from a phase 1 trial of OTX-TKI in wet AMD, targeting a long acting sustenance of over 6 months. However, the trial was in only 21 patients. Moreover, sustained duration of treatment effect for the eye is a goal of many bio programs, including of blockbuster Eylea. I have also covered multiple gene therapies for the same indication that are targeting, in theory, onetime treatment options. So the competition is stiff.

However, the trial, which compared OTX-TKI plus a 2mg dose of Eylea at one month, versus 2mg Eylea dosed every eight weeks, the current standard regimen, showed numerous non-inferiorities and at least some suspect superiority over eylea. While BCVA or best corrected visual acuity looked similar, on two other measures – central subfield thickness and duration – OTX-TKI seems to have bettered eylea. Especially in duration, the implant saw a 100% rescue-free patient set at 3 months, dropping down to 73% at 6 months, which compares favorably to high dose eylea.

OCUL has a market cap of $201mn and a cash reserve of $121mn. Compared to $2.7M of net income in the prior year period, the company reported a net loss of $24.2M for the last quarter. Citing staffing challenges at treatment facilities, the company also issued lower than expected guidance, slashing guidance to $48M to $52M, compared to prior outlook of $55M to $60M. Noticeably, DEXTENZA’s approval in a new indication has not visibly impacted revenue growth. In fact, total revenue declined 1.5% y/y to $11.97mn. DEXTENZA saw sales of $11.91M, down -1.97% Y/Y.

OCUL’s lead and most important candidate right now is OTX-TKI, which completed a successful phase 1 trial but will only begin a phase 2/3 trial in wet AMD in Q3 2023. While wet AMD is a large market and a longer duration treatment option is a major unmet need, many companies are approaching this problem with varying degrees of success. The most theoretically promising of these approaches is the one time gene therapy approach, however, in practice, these are yet to show substantive success. So there’s a space for OCUL’s hydrogel platform.

Meanwhile, the company is faring poorly in sales generated from existing products. There’s been a cut in revenue guidance, which is never a good sign for a company. Currently, the stock is trading at 52-week lows. Given their enterprise value of $139mn, the market is putting a very low value to the company right now. This may look undervalued if the wet AMD program is successful, but that is at least 2 years away from today.

Given that, I will just continue to watch this stock.