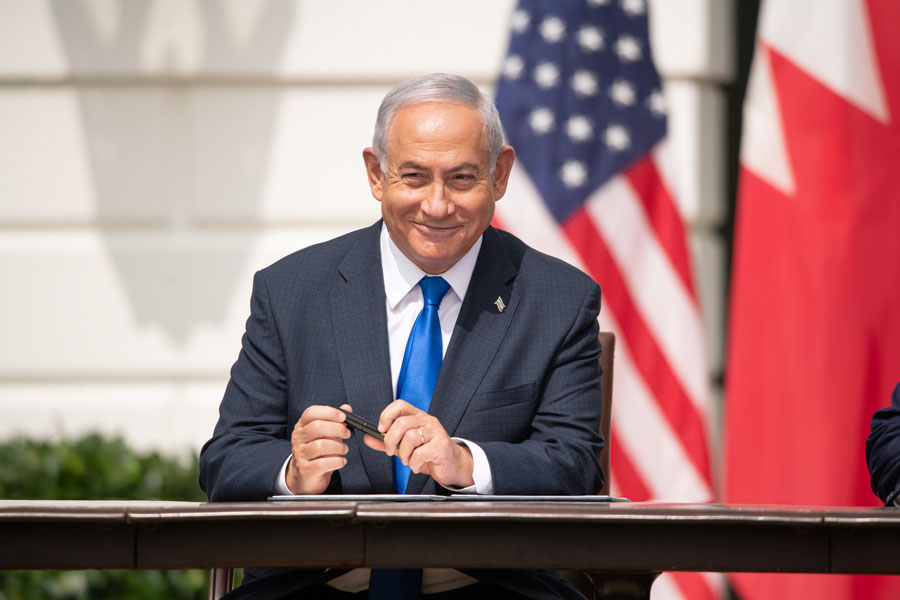 
“I will restore to you the years that the swarming locust has eaten, the hopper, the destroyer, and the cutter, my great army, which I sent among you. “You shall eat in plenty and be satisfied, and praise the name of the Lord your God, who has dealt wondrously with you. And my people shall never again be put to shame.” (Joel 2:25-26, ESV)

PORTSMOUTH, OH – Year after year, the locust not only destroyed the crops but also devoured the buds and seedlings; leaving a barren wasteland. And only a super-natural intervention could restore the land.

Yet God promises to do what we believe is impossible: “I will restore the years that the locust has eaten.” The meaning of this promise is clear. “God’s people had suffered the complete destruction of their entire harvest through swarms of locusts that marched like an insect army through the fields, destroying the crops, multiplying their number as they went.”

The locust (aka the Biden regime) on Capitol Hill in Washington, D.C., are trying to destroy our great land of liberty.

Political commentator, author, and filmmaker Dinesh D’Souza documentary 2000 Mules examined “alleged large-scale ballot-harvesting during the 2020 Presidential election and alleges that many of them were fraudulent and contributed to former President Donald Trump’s unsuccessful reelection bid….During his interview, D’Souza insisted that a “heist” of the 2020 election did take place, and that 2000 Mules offers irrefutable proof of that claim.”

“It’s not an exaggeration to call it an election heist. I think what makes this documentary so explosive is it doesn’t just show that the heist could have happened, but that it did happen,” he said. “Using cell phone geo-tracking and also using official video surveillance of the states themselves, we were able to identify 2,000 mules,” asserted Dinesh D’Souza.

The locust stole the legitimate leader from “We the People.” And we are trusting in God to right the wrong.

The Locust’s (aka Global Regime) Attempt to Steal the World

A global army (aka the Great Reset, the New World Order, the Deep State) of darkness is trying to swarm the planet with a destructive doctrine of totalitarianism (by the United Nations, the World Health Organization, central banks) wrapped up in great lies, but freedom-loving citizens are praying, arising, uniting and seeking the face and the righteous right hand of almighty God.

God has answered the prayers of the citizens in Israel – BiBi is back.

The Celebrated Return of Netanyahu in 2022

In November of 2022, former Israeli Prime Minister Benjamin Netanyahu’s bloc won a solid 64-seat majority in the Knesset, opening the door for the nation’s longest-serving prime minister to return to office after 17 months in the opposition. He was the country’s longest serving prime minister since Israel achieved independence.

“If I could make an arrangement where I had a stand-in, a frontman or frontwoman, and they had an earpiece in, and I was just in my basement in my sweats, looking through the stuff, then deliver the lines, but somebody else was doing all the talking — I’d be fine with that,” Barack Obama said.

Biden and Obama are not friends to Israel – no way, no how.

“Biden implemented Obama’s foreign policy because he agreed with it. His presidency would be a third Obama term,” asserts an opinion piece in Israel National News.

On February 15, 2017, Israeli Prime Minister Benjamin Netanyahu and President Donald Trump met in the United States White House for the first time, and a new and fruitful chapter in the US-Israel relationship was restored.

“Trump was the most pro-Israel president in history. None of his predecessors, (and certainly not his successor President Joe Biden), come close,” declared Caroline Glick in the Jewish News Syndicate.

A recent commentary in the World Tribune by Wayne Allyn Root says is all. “Let me start with a disclaimer: I’m a Jew. Not just any Jew. Ancestery.com tested my DNA and reported I’m of 99.9% Eastern European Jewish ancestry. That’s about as Jewish as you can get.”

Root continues, “As a Jew, I will state unequivocally that I continue to support Trump. He is the greatest president of my lifetime. I appreciate what he did for the U.S. economy, jobs, stocks, real estate, small business, inflation (there was none under Trump) and the great American middle class. The man was great for America First… and for Israel second. I look forward to his second term in 2024.”

Root is also the author of the 2021 book, “The Great Patriot Protest & Boycott Book: The Priceless List for Conservatives, Christians, Patriots, & 80+ Million Trump Warriors to Cancel “Cancel Culture” and Save America!” Find him on US Radio Network.

We Will Celebrate the Return of President Trump in 2024

Christians should not be looking for a political savior, but a leader that acknowledges Jesus as the Savior. Our God is not on the side of Republicans nor Democrats – God is on the side of truth, justice, and mercy.

A recent press release: Pastors For Trump Launches, Backed By Faith Leaders With 200k Congregants. “Counting a chapter in each state and the backing of dozens of Christian pastors with over 200,000 congregants, Pastors for Trump (PFT) is aiming to galvanize support in the evangelical community for President Trump as he seeks to return to the White House as Commander-in-Chief in 2024.” Visit www.pastors4trump.com and www.thenownetwork.org.

“President Trump made it clear during his 2016 campaign for President of the United States that he was committed to bringing Christian leaders into the fold. During his historic first term, he proved that he would deliver on the promises he made. Heading into 2024, it is more important now than ever to reaffirm the strength of the Christian faith and our willingness to support President Trump in his fight to return to the Oval Office,” asserts Pastor Jackson Lahmeyer in the press release.

“The tweet included no added comment because none was needed. The message is clear: I am all that stands between you and the barbarians at the gate. If I fall, you are next.”

What man would want to continue to fight the treasonous enemies in the White House? Only a man with deep love for God and country. Trump isn’t fighting for wealth, power, or prestige – he already has those things.

This is what Congressman Jody Hice proclaimed in a 2020 commentary for Newsweek: “For the first time in three long years, the Deep State cabal against President Donald Trump has begun to face a reckoning. Over the last several days, a series of new revelations have confirmed our worst suspicions that a group of career bureaucrats and Obama administration officials brazenly conspired to undermine the president of the United States.”

Why are the radical Democrats of the Deep State so afraid of Trump and MAGA? They fear being exposed, ousted, arrested, and jailed. Trump cannot be bought or blackmailed. And the passionate patriot would never betray the USA to a totalitarian New World Order.

“Donald Trump has just released one of the most powerful election ads ever seen, Sky News host Andrew Bolt says,” about the August 2022 release. Watch on YouTube.

2024 – Here we come! Joining with every citizen who loves freedom. Carrying the Bible and the America flag. Proclaiming the U.S. Constitution and the Bill of Rights. Thanking our Founding Fathers.

Before the Rapture and before the return of King Jesus, will there be a day when Israel’s Prime Minster Benjamin “Bibi” Netanyahu and America’s President Donald Trump set at the same table again? I vote yes.

“I will restore to you the years that the swarming locust has eaten, the hopper, the destroyer, and the cutter, my great army, which I sent among you. “You shall eat in plenty and be satisfied, and praise the name of the Lord your God, who has dealt wondrously with you. And my people shall never again be put to shame.” (Joel 2:25-26, ESV)