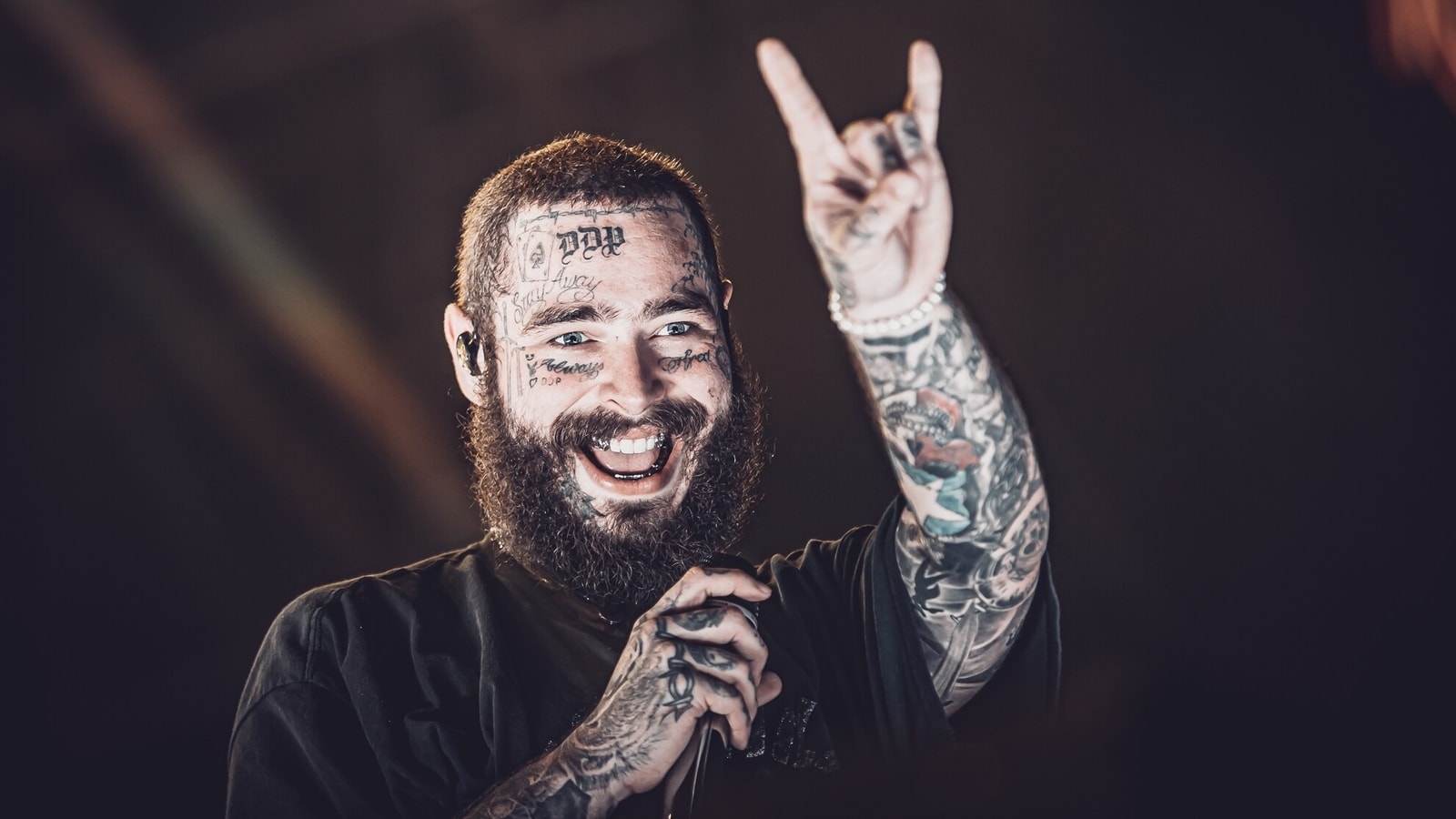 As he showed up on stage, dressed in a black tee and shorts, Malone went, “Let’s party a little bit,” sending the audience into a frenzy. The Rockstar singer belted 12 of his hits in an hour-long performance, throwing in some “crazy dance moves” he had been practising.

Malone also interacted with his fans in the crowd, inviting one who was cheering on with a placard in his hand that said ‘Can I play Stay for you?’ on stage. The 27-year-old offered the fan a drink and sang the ballad fan strummed out the acoustic version. The 24-year-old fan Hardik Desai, also made him say, “Kya bolti Mumbai,” to a rousing reception.

“The love you’ve showered on me has made my heart so full, I can never explain,” the Congratulations singer said, adding: “No one can tell you anything, keep living your dreams.”

Talking about his ‘magical’ moment Desai, shared, “I had been manifesting this for years now, and when it actually happened it felt like I was still dreaming. The way he welcomed me on stage was so warm and sweet. After the performance we hugged maybe three or four times.”

Towards the close of his performance, Malone went on to slam his guitar on the stage, distributing the broken pieces of the instrument with his fans in the first row. At the end, Malone cast off his T-shirt into the crowd and went back shirtless.

The performance was followed by singer Ritviz. Earlier in the evening before Malone, Indian musicians Jonita Gandhi, KING, KSHMR, and Anuv Jain set the tone for the concert, which was produced by BookMyShow.