Saira Banu recalls how she’d wait for Dilip Kumar to open eyes in his final days: ‘When he did, it was like Eid for me’ 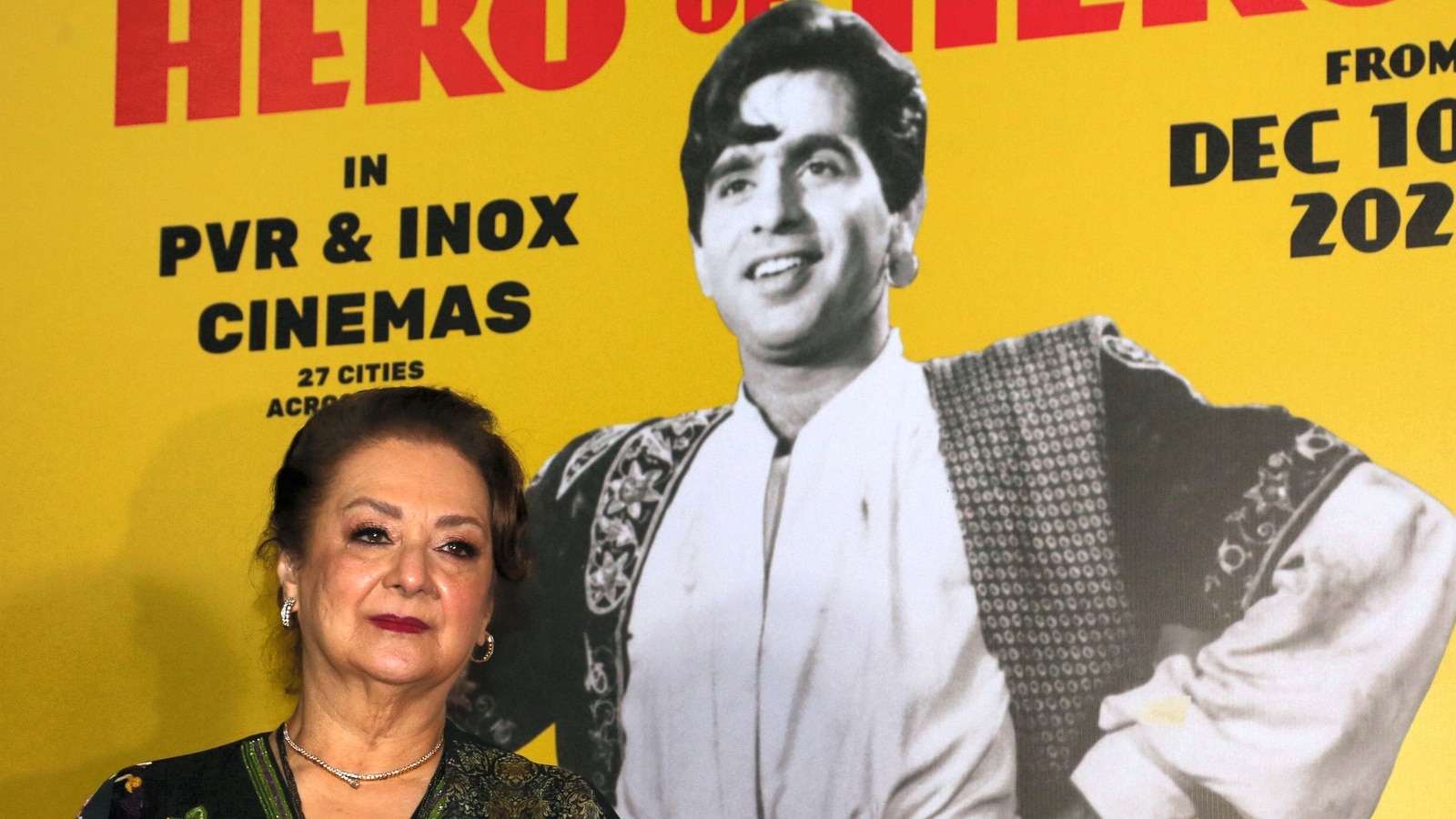 At the inauguration ceremony on Saturday, Saira got emotional as she spoke about Dilip. Speaking about his final days, she said, “Aisa lagta hai mujhe ke karwat lekar so rahe hain mere paas. Aur jab unki beemar halat thi, pichle saalo mein (I feel he is still sleeping next to me with his face on the other side. When he was ill in the last few years), he used to sleep long hours. And I would always naturally be by his side, the woman in love that I am with him still. Aur jab woh kabhi unki aankh kholte the (And when he would open his eyes), it was a festival for me, it was Eid for me.”

She added, “He would turn around, look at me with those beautiful penetrating eyes, the most beautiful smile and say ‘Saira, abhi tak yahan baithi ho (You are still sitting here).’ I would tell him, “Yes of course, abhi tak baithi hu aapke liye ki aapki aankh khule, aapke face pe, aapke jism pe koi harkat ho. Jab aap sote hai, ye duniya bahut khamosh hojati hai, meaningless hojati hai mere liye. Lekin jab aap jaagte ho, is duniya mein harkat aajati hai log chalne phirne lagte hain (Yes, of course I am still sitting for you so I can watch you open your eyes, make a movement. When you are asleep, the world becomes meaningless for me. But when you wake up, people start moving again)’.”

During the film gala, conducted in partnership with PVR Cinemas, Kumar’s critically-acclaimed movies, including Aan (1952), Devdas (1955), Ram Aur Shyam (1967) and Shakti (1982), will be screened in over 30 cinema halls and 20 cities across the country. The Hindi classics will also be screened at INOX theatres in 25 to 30 locations.