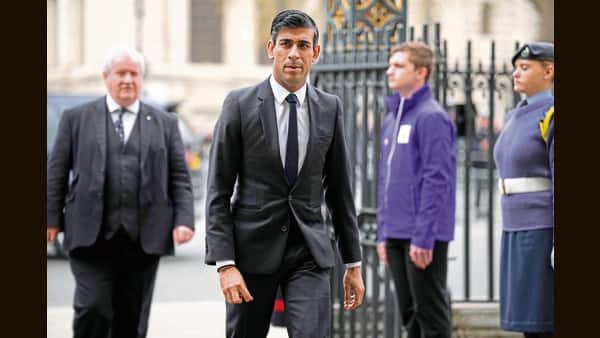 
Brexit was bound to exact a toll on the UK economy. Costs due to loss of trade and investment were expected. Yet, how serious these might be in the longer term wasn’t written in stone. Brexit could be handled well or badly. Opportunities could be seized or bungled. Factors beyond the government’s control could work in the UK’s favour or against. In all these respects, a worst-case scenario seems to be unfolding.

I’m not among the Brexit sceptics who struggle to hide their delight at all this. I was a Remainer, but a grudging one, concerned about defects in the EU’s constitutional order, opposed to the bloc’s regulatory and mercantilist instincts and alarmed by its zeal for political and judicial integration. And I believed Europe’s response to Brexit would be somewhere between unaccommodating and punitive. I thought the UK’s best bet was to stay and try to reform the EU from within. Things are turning out worse than I feared.

According to one study, UK exports fell by more than 20%, compared to a projection of what they would otherwise have been, in the first 15 months following the post-Brexit trade deal with the EU. Imports from Europe have bounced back, but exports haven’t.

Investment flattened after the referendum in 2016 then dropped during the pandemic—by more than in Europe or the US. It’s recovering slowly, but is still lower than it was six years ago. The trade and investment trends are almost certainly connected. Successful small companies invest to grow: If they have been disproportionately burdened by new non-tariff barriers, they have less reason to expand.

To repeat, it’s hard to say how much of this setback was bound to happen, how much was due to the UK’s incompetent handling of negotiations, and how much was EU strategy. During the tortuous Brexit process, the governments led by Theresa May and Boris Johnson set new standards for incoherence and miscalculation. The still-unresolved Northern Ireland Protocol—a fudge that was certain to cause problems—was Johnson’s distinctive contribution to the mess. But what’s most disturbing is that the legacy of these efforts is growing more toxic. Far from recovering from an unavoidably difficult transition, the economy seems to be sinking into an ever deepening hole.

Johnson’s overriding goal was to “get Brexit done.” Now the government is similarly fixated on making Brexit a success— by rushing to devise questionable or ill-conceived policies as proof of its benefits. The government casts its thinking on “Big Bang 2.0,” a proposed new round of financial deregulation, as a source of Brexit dividends. One such idea—loosening the rules on ring-fencing banks’ retail activities—has little to do with Brexit, apart from the branding. But it’s risky to pursue competitiveness in financial services by easing regulation, especially if done hurriedly or dishonestly. The political imperative of claiming to soar from Brexit to “Global Britain” adds to this risk.

New free-trade agreements beyond Europe were supposed to be another Brexit dividend. The first such deal was with Australia last year. Completed incompetently and in haste, it’s now derided by officials, at least one former minister and UK businesses for surrendering more than it gained. The concessions made have slowed progress toward others, because the UK’s putative partners expect similarly advantageous terms.

It gets worse. The desire for liberal trade beyond Europe has to contend with a gathering collapse in the global commitment to that principle. US President Joe Biden now champions outright protectionism as eagerly as former President Donald Trump. The EU’s reply to ‘Buy American’ rules in the Inflation Reduction Act might be ‘Buy European’ rules of its own. (What’s Britain’s reply?) Rising protectionism makes the potential downside of Brexit far worse—partly by increasing the economy’s exposure to higher trade barriers and partly by making the government even more desperate to show that Brexit, despite everything, is working.

Breaking this accelerating cycle of errors won’t be easy. Rather than a bizarre aberration, the debacle of Liz Truss’s brief time as prime minister could be a sign of things to come. Her reckless fiscal plan expressed the Global Britain conceit; financial markets saw it as confirmation of systemic incompetence. Prime Minister Rishi Sunak is doubtless more cautious than she was, but he’s an avowed Brexiteer and leader of a party that still wants credit for this misadventure. He can’t limit the damage without seeming to disown the project. Unless he finds a way, the consequences for the Tories—not to mention the country—could be dire.