That Kooky Viral ‘Wednesday’ Dance Is Taking Over TikTok 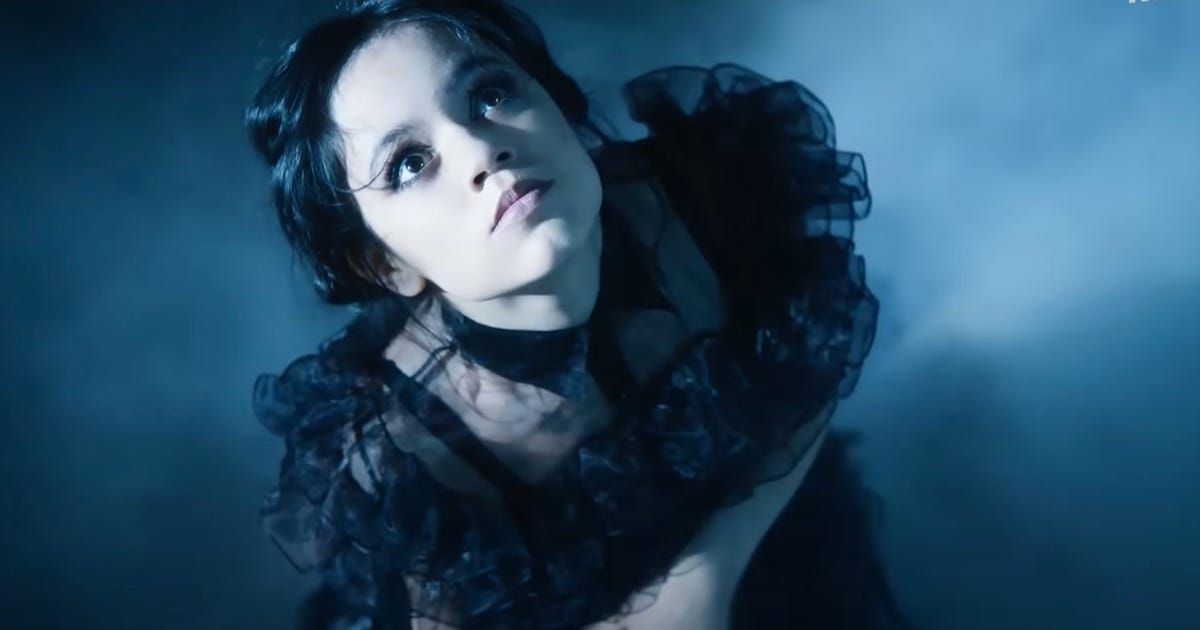 In episode 4 of the monster Netflix hit, Wednesday Addams shows off some iconic moves during a dance at Nevermore Academy, the school for outcasts where she keeps busy being sarcastic and trying to halt a beast on a murder spree. And the internet has taken notice of her movements.

All over TikTok, people are doing their own versions of the kooky dance, which involves tossing back your head, looking skyward with wide, unblinking eyes and flinging your arms side to side and up and down like an unhinged robot.

“This is now I’m gonna dance at every party from now on,” writes a TikTok user whose version of the distinctive dance has gotten more than 72 million views. Dressed in all black, as Wednesday Addams always is, the TikTok’er looks remarkably like Jenna Ortega, who plays the morose lead character in the Netflix show and choreographed the dance in real life.

Ortega’s moves clearly pay homage to other classic Addams Family moments, like one where the original Wednesday teaches Lurch to dance in the macabre ’60s sitcom and another where matriarch Morticia Addams stiffly cuts the rug in the 1991 movie The Addams Family.

In the Netflix dark comedy, Ortega dances to the 1981 song Goo Goo Muck by The Cramps, but many on TikTok are going with Lady Gaga’s Bloody Mary (“I’m gonna dance dance dance with my hands hands hands”). The lyrics fit the dance’s stylized hand movements and nod to Wednesday’s loyal pal Thing, a disembodied hand who also guest-stars in a number of the Tik Tok dances. Gaga herself has even gotten in on the trend.

Enjoy these renditions of Wednesday’s dance, including one done in ice skates and one in the style of a classical Indian dance, and then go practice your own moves using a TikTok tutorial, which include one by a professional dancer. As my CNET colleague Joan E. Solsman reports, Wednesday is Netflix’s fifth most watched show ever, in any language. Expect to see lots of Wednesday Addams cosplay and ghoulish gyrations in the days and months ahead.

@re.cept How to dance like the Wednesday dance – Dance Meme Serie! You asked for @Jenna Ortega dance scene in episode 4 of Wednesday, the Addams family on @Netflix , I deliver! What dance meme should be next? #comedy#dance#wednesdayaddams#addamsfamily♬ Goo Goo Muck – The Cramps

Tax credits vs. tax deductions: How they differ, and what to know before you file