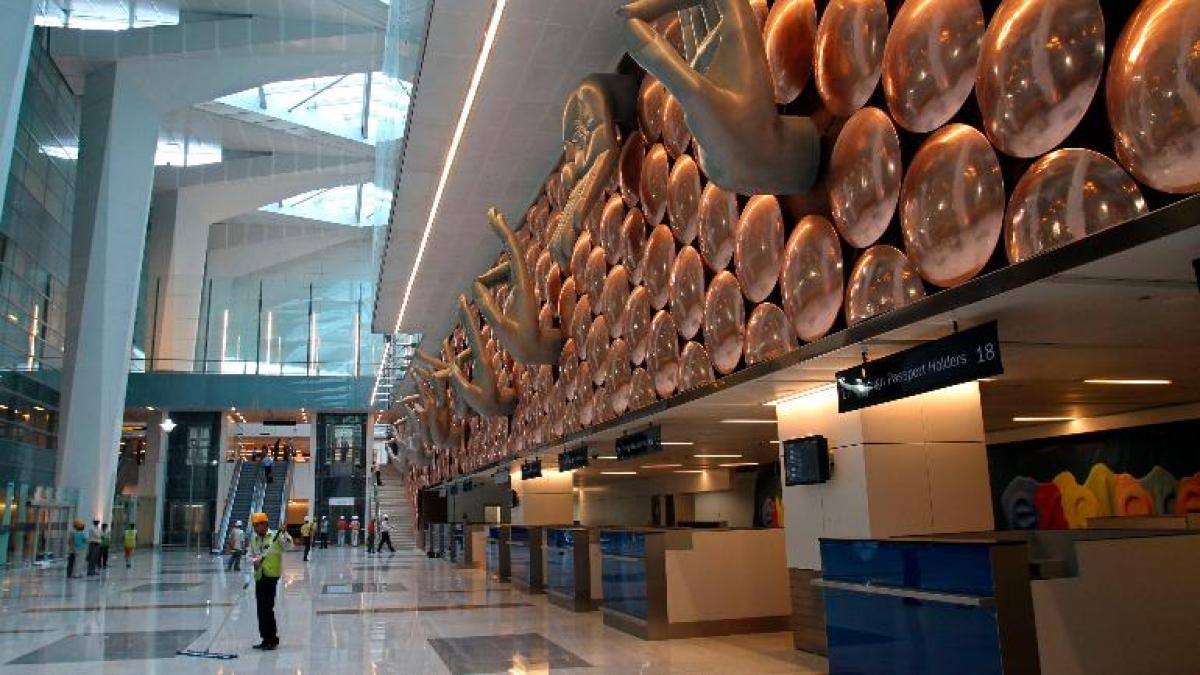 
The Aviation Ministry has mapped a four-point action plan that will be implemented as immediate remedial measures for overcrowding and congestion at Delhi’s international airport.

By Poulomi Saha: Amid recent complaints by passengers of overcrowding and congestion at Delhi airport, the Ministry of Civil Aviation and Delhi International Airport Limited (DIAL) have drawn up a four-point action plan to be implemented as immediate remedial measures.

These include enhancing the number of X-Ray screening systems from 14 to 16 at the airport. Sources told India Today TV there will be an addition of one Automatic Tray Retrieval System (ATRS) machine and two standard X-Ray machines.

Further, two entry points – Gate 1A and Gate 8B – will be converted for passenger usage.

The authorities are also working on progressively reducing the number of peak hour departures from the current 19 to 14 flights at Delhi airport’s Terminal 3.

Earlier today, speaking to the media in Indore, Union Civil Aviation Minister Jyotiraditya Scindia said, “Bunching (of flights) causes congestion during peak hours. We are going to smoothen out that curve. For instance, at Delhi airport now, instead of 22 flights, 19 flights depart during peak hours. Our attempt is to reduce that further, so that passengers don’t face any inconvenience.”

On Friday, joint secretary of the Ministry of Civil Aviation Rubina Ali along with other Ministry officials visited Delhi airport’s Terminal 3 to inspect each passenger and baggage check point. On Saturday, Director General of the Bureau of Civil Aviation Security, Zulfiquar Hasan visited the terminal.

Among the measures the airport has implemented in the last two days, include the placing of an additional four traffic marshalls (total 12) at the departure forecourt to avoid vehicular congestion in the car lane.

ALSO READ | Ex-Google MD hurried to catch his flight at Delhi airport without paying cab driver. What happened next will win your heart

As per the airport operators, additional manpower has been deployed in the ATRS area to help passengers with tray preparation and congestion management.

Discussions are also currently ongoing with airlines to bring down peak hour departures at the airport, which includes 14 from T3, 11 from T2 and 8 from T1.

Sources have indicated to India Today TV that Union Minister Jyotiraditya Scindia could make a surprise visit to the airport to check how the measures discussed have been implemented. Earlier this week, he met top management from the major airports of the country, including Delhi, Mumbai, Bengaluru and Hyderabad. Officials from CISF (Central Industrial Security Force) and Immigration were present too, in the meeting that was held at Delhi’s Rajiv Gandhi Bhawan, which houses the Ministry of Civil Aviation.