What COP27 meant for the ocean — and for all of us 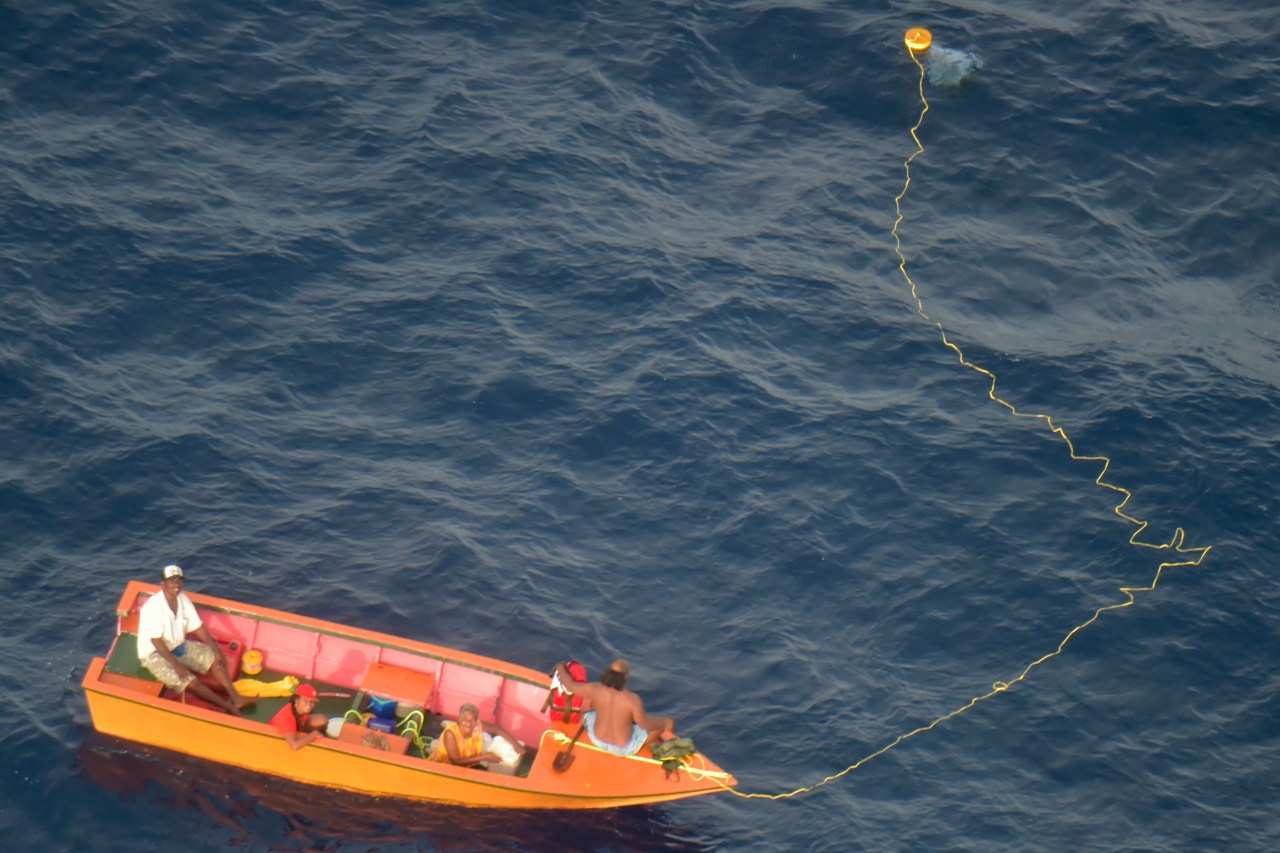 Several years ago, I was invited to speak before the annual meeting of the UN General Assembly in New York as part of a panel on climate financing. After the panelists’ comments, delegates pressed a button that turned on a light on their microphone to indicate their desire to respond. After more than an hour, and after much of the world had had their say, a light in the back of the hall turned on. The delegate being given the floor was hidden in the shadows of the overhanging balcony.

What we heard from the representative of Kiribati, a small island nation scattered across the Pacific Ocean comprising about 30 tiny atolls and islets, could only be called a lament. He spoke firsthand about the ocean that has sustained their people for generations and that forms the foundation of their culture, their livelihoods and their homes, but that is rising, warming and growing more acidic with each passing year.

The delegate told the assembly: Remember us. We are on the front line of climate change, and we are seeing changes happening all around us that threaten our very existence.

Last month, I attended the UN climate summit COP27 — the 27 Conference of the Parties to the UNFCCC — which over the past two decades has grown into the largest annual gathering of leaders from government, business, philanthropy and advocacy to seek agreement over how to address what is now being called a looming climate crisis. Woods Hole Oceanographic Institution was part of a group of nearly two dozen scientific and philanthropic organizations that created the first-ever Ocean Pavilion in the “Blue Zone” of the conference, one step removed from the official negotiations. The pavilion built on efforts by ocean leaders and champions over the past decades to raise the visibility of the ocean-climate nexus in international negotiations, ultimately. Those efforts resulted in the first physical presence at any COP focused solely on the ocean, but they do not represent an endpoint.

The goal of the pavilion was to highlight the potential role of ocean-based solutions that might help us meet our goals in averting an overshoot of the target laid out in the 2015 Paris Agreement from COP21 of limiting planetary warming to 1.5 degrees Celsius over pre-industrial times.

As I met and talked to people from around the world, however, my mind kept turning back to that lone delegate at the UN and to his words echoing through the vast hall of world leaders, many of whom were at the time hesitant to act. The ocean community’s presence this year at COP27 represented an acknowledgement of our responsibility to prevent catastrophic warming, not only to the people of Kiribati, but also to the rest of the world that is now directly experiencing the physical and financial strain of a rapidly changing climate system.

The pavilion also created a hub for national delegates and representatives of science and advocacy organizations around the world who share a commitment that deeper knowledge about the ocean is vital to the sustainability of human society on this planet. And, equally important, that science must lead the way in efforts to formulate effective, safe and long-lasting policy decisions.

While the final communique from the conference negotiators at COP27 failed to advance concrete actions to keep Earth from exceeding 1.5 degrees Celsius, it did agree on several key points. Chief among these was a consensus to create a loss and damage fund that will support communities most affected by climate change, such as Kiribati. In addition, the presence of the Ocean Pavilion at COP27 helped elevate awareness of the potential opportunities for the ocean to play a central role in one day removing more planet-warming carbon from the atmosphere than human activity puts there each year.

What families lost when the US lost universal free school meals

The DeSantis secret weapon that Democrats — and Trump — should fear

How the ocean’s role will take shape remains to be seen, but we have a strong set of examples from which to draw in the things that the ocean naturally does for us already. These include taking up and sequestering excess carbon from the atmosphere, enabling low-carbon energy alternatives, as well as protecting coastal communities and infrastructure from storms and sea-level rise.

Our challenge, the one that was laid out by the Kiribati delegate hidden in the shadows of the UN General Assembly, will be to ensure that whatever we do, we do not forget those on the front lines of the climate crisis. We must act with the urgency our current and future circumstances warrant so that they, too, have a place in our shared climate future.

Peter de Menocal is president and director of the Woods Hole Oceanographic Institution.

Share
Facebook
Twitter
Pinterest
WhatsApp
Previous article
Urgent remedial measures to be taken up at Delhi airport to ease congestion
Next article
Disney Plus: Price Hikes, the New Ad Tier and Everything Else to Know
- Advertisement -