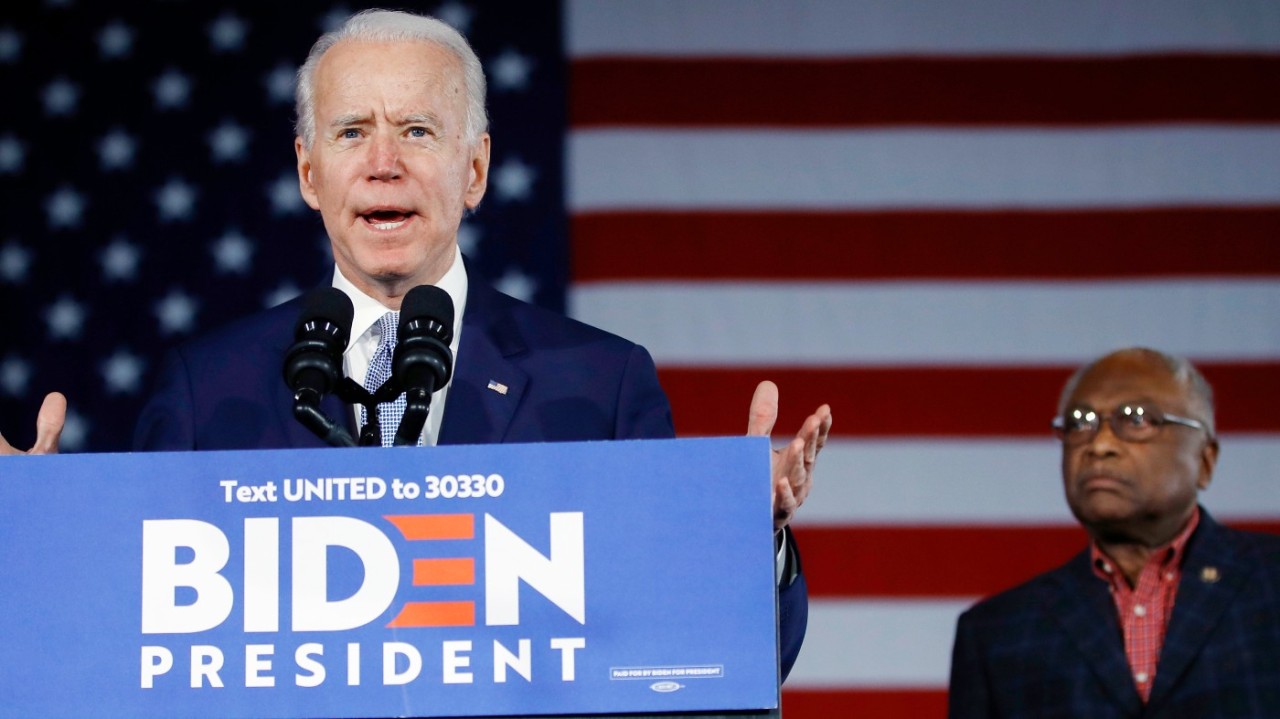 The White House is pushing back on the notion that a change championed by President Biden to elevate South Carolina in the 2024 election calendar is rewarding a state that propelled his campaign in 2020, arguing the move is a way to promote diverse voices in early Democratic primaries.

But it’s also being seen as a way for Biden to chart a path to victory should he opt to run for reelection, as the Palmetto State is largely credited for turning things around for Biden when his last presidential run appeared all but over.

The White House has disputed that notion, defending the lobbying effort by Biden to have the Democratic National Committee (DNC) make South Carolina the first state to hold a primary, putting it ahead of New Hampshire, Iowa, North Carolina and Nevada.

White House press secretary Karine Jean-Pierre this week pushed back on the idea that the move is a way to reward South Carolina for Biden’s victory there.

“That is not what that is,” she told reporters on Tuesday. “It had nothing to do with the primary results. And I can definitively say that.”

A critical endorsement in 2020 from South Carolina Rep. James Clyburn, the No. 3 House Democrat, helped Biden gain the momentum needed from Black voters — a bloc that played a critical role in his ultimate victory.

Clyburn is notably remaining in a leadership role during the next Congress, despite Speaker Pelosi (Calif.) and House Majority Leader Steny Hoyer (Md.) opting to step aside after decades at the top in order to allow a new generation of Democrats to lead the party in the House.

“I think this was bigger than Jim Clyburn. I think this is about all the issues that Jim Clyburn has spent his career fighting and advocating for and the communities unrepresented and left behind for far too long,” Seawright said.

“This is a way to move them from being on the menu and them having a seat at the table,” he said. “And Jim Clyburn is still at the leadership table. That means there’s someone there who can actually read the menu.”

But Biden’s efforts still raise questions about whether the change to make South Carolina the first state to vote in a Democratic primary is a way to repay Clyburn.

The South Carolina Democrat himself told CNN this week he was “stunned” and “a bit surprised” by the president’s move to reshape the primary calendar.

The news also came as a shock to lawmakers from New Hampshire, which has first-in-the-nation primary status.

The move also reignited old tensions between Biden and allies of Sen. Bernie Sanders (I-Vt.), who ran against Biden in 2020 and was defeated in South Carolina after several wins in states earlier on the primary calendar.

“The Biden nomination calendar contains a fundamental, dooming flaw: the replacement of Iowa with South Carolina as the first state,” former Sander campaign manager Faiz Shakir wrote in a New York Times op-ed. “The change would be comical if it weren’t tragic.”

Iowa, which hosts the first Democratic and Republican caucuses in the nation, also gets the boot from being the first to vote in 2024 under Biden’s proposal.

The White House has echoed Biden’s argument that the change aims to make good on his commitment to promote diversity. South Carolina has among the highest share of eligible Black voters in the country.

“This is an opportunity to have a greater place in the process,” Jean-Pierre said. “The president has been very clear on making sure that … we meet what the country looks like, right? Making sure that, even in his administration, it looks like the country, the diversity of the country.”

Ivan Zapien, a former DNC official, called Biden wanting to promote diversity in the primary process and to thank South Carolina and Clyburn for his 2020 primary victory “both good reasons” for the move.

“The country and the party has changed, and we need to change with it,” Zapien said. “Giving diverse voices, and earlier voices in the process, will make the eventual candidate stronger with the modern Democratic base.”

Some Democrats also argue there’s a bigger picture. It’s not just that South Carolina helped Biden in 2020 — the state has helped decades of Democrats win the presidential nomination.

Since 1992, nearly every Democrat who won the South Carolina primary has gone on to win the Democratic presidential nomination, the only exception being John Edwards in 2004, Seawright noted.

“I think it’s perhaps the biggest way you can say thank you to the most loyal and consistent and perhaps consequential voting bloc in a generation of Black voters,” he said.

Seawright said that for decades, South Carolina voters have served as a test case for Democrats and their vote is a way to also test messaging to voters to see what resonates.

Trump administration was ‘not prepared’ for or ‘not interested in’ wrongful detentions: Paul Whelan’s brother

Why we still use ‘airplane mode’ on flights, even though some countries no longer care

Clyburn himself reiterated that sentiment, telling CNN that “every candidate that’s won South Carolina has gone on to be our nominee and get together [the] majority of the vote in the general election.”

DNC Chairman Jaime Harrison, who previously served as the chair of the South Carolina Democratic Party, fiercely defended Biden’s push for diversity in the primary calendar and said he had “zero tolerance” for critics who don’t see the importance of Black voters.

“Zero tolerance- ZERO for any disrespect or dismissal of Black voters,” he said.