49ers’ Dre Greenlaw gets Tom Brady to autograph ball after interception: ‘You’re the greatest ever’ 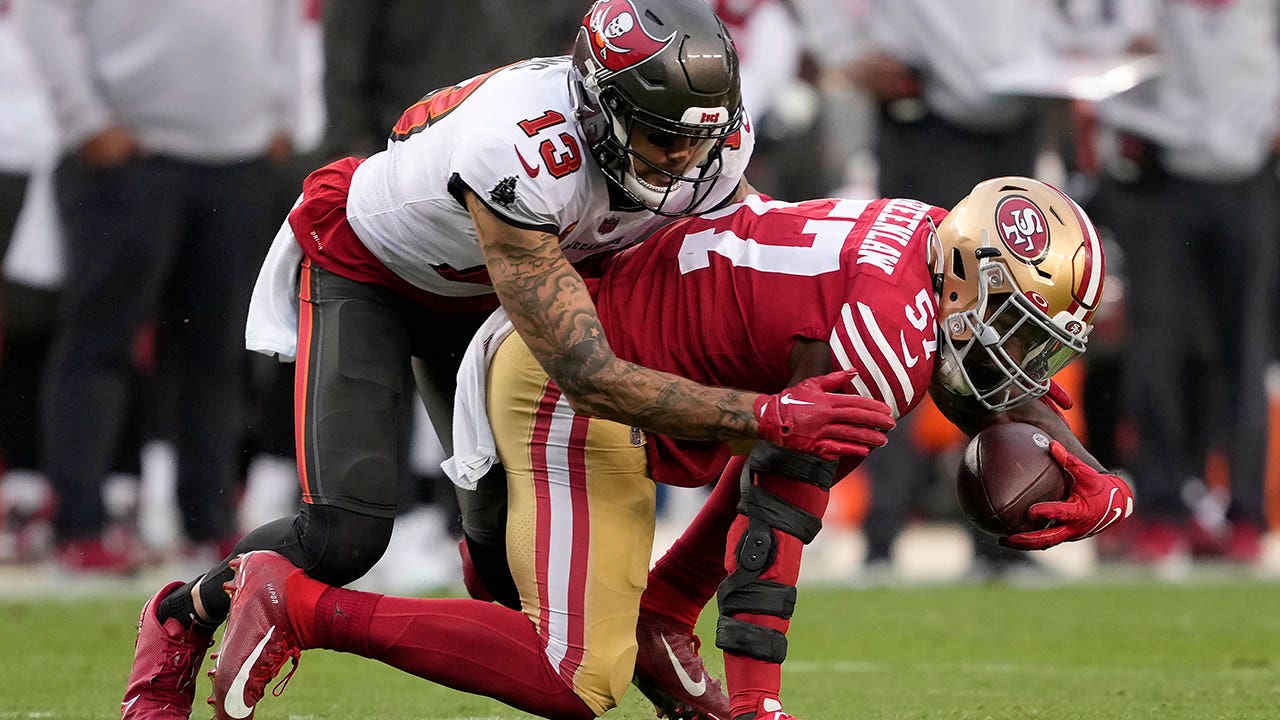 
There was no sugar-coating it. Tom Brady had a pretty bad game Sunday against the San Francisco 49ers.

The Tampa Bay Buccaneers superstar was 34 for 55 with 253 passing yards, a touchdown pass to Russell Gage and two interceptions. He had fewer than 80 passing yards in the first half of the game.

The Buccaneers’ offense just couldn’t get anything going as only one of their 74 plays and 11 drives led to a touchdown. The team had 322 total yards compared to the 49ers’ 404 total yards. Brady’s interception to start the second half led to a Christian McCaffrey 35-yard rushing touchdown.

McCaffrey’s touchdown essentially put the game out of reach despite Gage’s score later in the third.

After the game, Brady was seen with 49ers linebacker Dre Greenlaw. The star 49ers defender led the team with 15 total tackles and had an interception. It appeared Greenlaw was getting Brady to sign two balls after the game.

“You’re the greatest ever, bro,” Greenlaw told Brady as he asked him to sign his ball. “I’ve been watching you since I was 2 years old, man.”

Greenlaw is putting together one of the best seasons of his career. He entered the game with 88 total tackles and two fumble recoveries in the 2022 season. His tackles total on Sunday meant he would surpass 100 tackles on the season for the first time.