Air India nears historic order for up to 500 jets 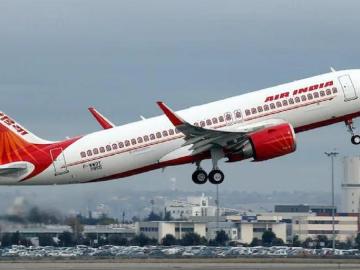 Air India is close to placing landmark orders for as many as 500 jetliners . The orders include as many as 400 narrow-body jets and 100 or more wide-bodies, including dozens of Airbus A350s and Boeing 787s and 777s.

By Reuters: Air India is close to placing landmark orders for as many as 500 jetliners worth tens of billions of dollars from both Airbus and Boeing as it carves out an ambitious renaissance under the Tata Group conglomerate, industry sources said on Sunday.

The orders include as many as 400 narrow-body jets and 100 or more wide-bodies, including dozens of Airbus A350s and Boeing 787s and 777s, they said, speaking on condition of anonymity as finishing touches are placed on the mammoth deal in coming days.

Such a deal could top $100 billion dollars at list prices, including any options, and rank among the biggest by a single airline in volume terms, overshadowing a combined order for 460 Airbus and Boeing jets from American Airlines over a decade ago.

Even after significant expected discounts, the deal would be worth tens of billions of dollars and cap a volatile year for plane giants whose jets are again in demand after the pandemic, but who face mounting industrial and environmental pressures.

It would also allow Airbus to secure a home for some A350 production slots initially earmarked for Russia’s Aeroflot and now left open because of war-related sanctions against Moscow.

Airbus and Boeing declined to comment. Tata Group-owned Air India did not respond to a request for comment.

China last week delivered its first C919 jetliner but is at least a decade away from competing on such a scale, experts say.

The potential blockbuster order comes days after Tata announced the merger of Air India with Vistara, a joint-venture with Singapore Airlines, to create a bigger full-service carrier and strengthen its presence in domestic and international skies.

That deal gives Tata a fleet of 218 aircraft, cementing Air India as the country’s largest international carrier and second largest in the domestic market after leader IndiGo.

Buying debt-ridden Air India has also given Tata access to valuable flying rights and landing slots, especially to destinations in the United States and Europe.

Air India’s maharajah mascot was once synonymous with lavishly decorated planes and stellar service but its reputation declined in the mid-2000s as financial troubles mounted.

Founded by JRD Tata in 1932, Air India was nationalised in 1953. Tata regained control in January and has since been working to revive its reputation as a world-class airline.

The order reflects a strategy to re-capture a solid share of trips between India’s large overseas diaspora and cities such as Delhi and Mumbai, dominated by foreign rivals such as Emirates.

Air India also wants to win a bigger share of regional international traffic and the domestic market, setting up a battle on both fronts with IndiGo.

Delivered over the next decade, the 500 jets would replace and expand fleets in the world’s fastest-growing air travel market, while contributing to Prime Minister Narendra Modi’s goal of expanding the economy to $5 trillion.

But experts warn many hurdles stand in the way of Air India’s ambition to recover a strong global position, including frail domestic infrastructure, pilot shortages and the threat of tough competition with established Gulf and other carriers.

It may also struggle to get the medium-haul Airbus A321neos being ordered for the Air India-Vistara tie-up as quickly as it would like, with the European planemaker sold out until 2028 or beyond.

One industry source said new Boeing 737 MAXs will most likely go to Air India Express, the company’s budget operator which could be renamed.

Reuters reported in July that Air India was taking more time to study Airbus A350s and Boeing wide-body 787 and 777 models, on top of a probable mixed order for smaller single-aisle jets.

Last month, Campbell confirmed talks to “greatly expand” Air India’s fleet over the next five years and said, “At the risk of gross understatement, the investment will be substantial.”