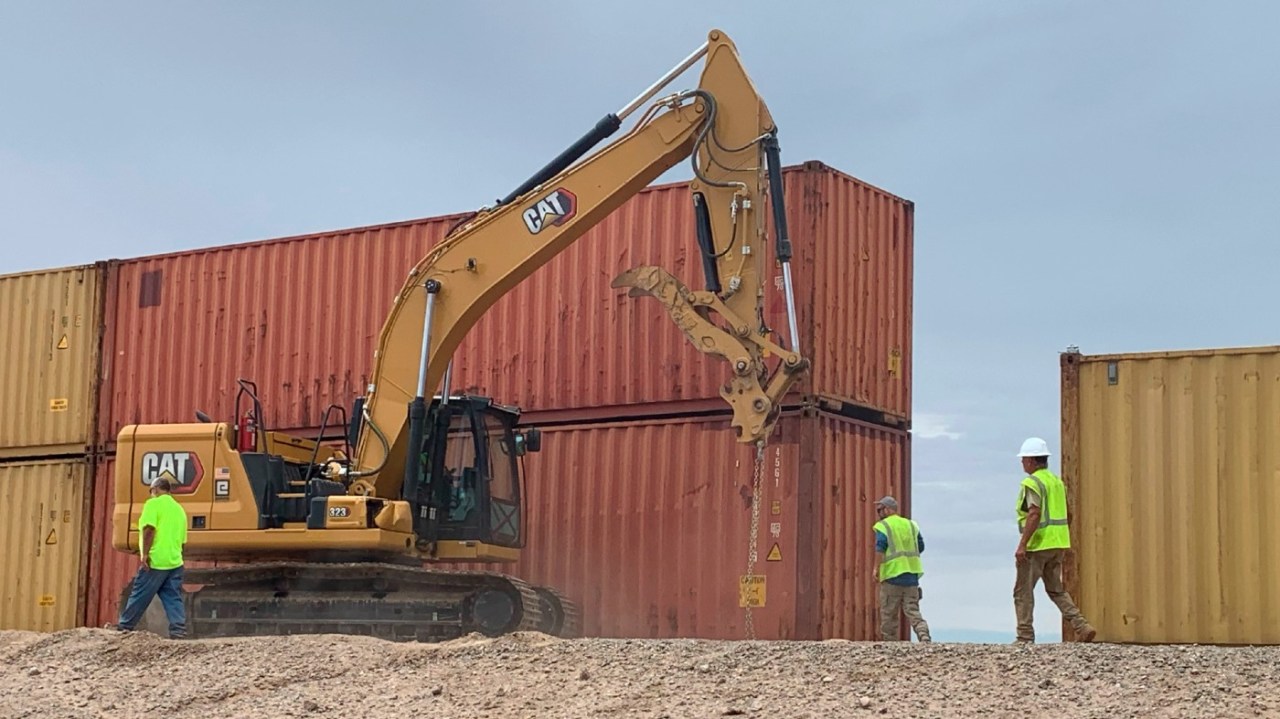 An Arizona sheriff has accused outgoing Gov. Doug Ducey (R) of “illegal dumping” for an effort to use shipping containers lined with razor wire to plug gaps in the wall along the state’s southern border with Mexico, according to reports.

Fox10 Phoenix reported Sunday that Santa Cruz County Sheriff David Hathaway said he will take action against construction crews, operating just a few miles from the county, if they cross into his jurisdiction.

“The area where they’re placing the containers is entirely on federal land, on national forest land,” Hathaway told the outlet. “It’s not state land, it’s not private land, and the federal government has said this [is] illegal activity. So just the way if I saw somebody doing an assault or a homicide or a vehicle theft on public land within my county, I would charge that person with a crime.”

The Hill has reached out to the sheriff’s office for comment.

Ducey began to place the shipping containers between openings in the southern border wall earlier this year, double-stacking the metal crates to around 22 feet high and covering them with the concertina wire.

The Biden administration called on Ducey in October to halt his efforts, but Arizona said it wouldn’t move the containers unless the White House committed to filling the gaps with a different blockade.

Ducey has dubbed the project his “Border Barrier Mission,” and his recent push to keep stacking the crates along the border comes as he prepares to leave the governor’s mansion in January, turning the seat over to Gov.-elect Katie Hobbs (D).

Poll: 70 percent of voters don’t want Biden to run for a second term

“We can’t wait any longer. The Biden administration’s lack of urgency on border security is a dereliction of duty,” Ducey said when he announced the effort back in August.

“With the resources and manpower in the right places, our Border Patrol and law enforcement will be better equipped to do their jobs well and prevent cartels from exploiting our communities. That’s exactly what our barrier mission will do.”