Column: A costly project showed California politicians think they own the Capitol. A court reminded them they don’t 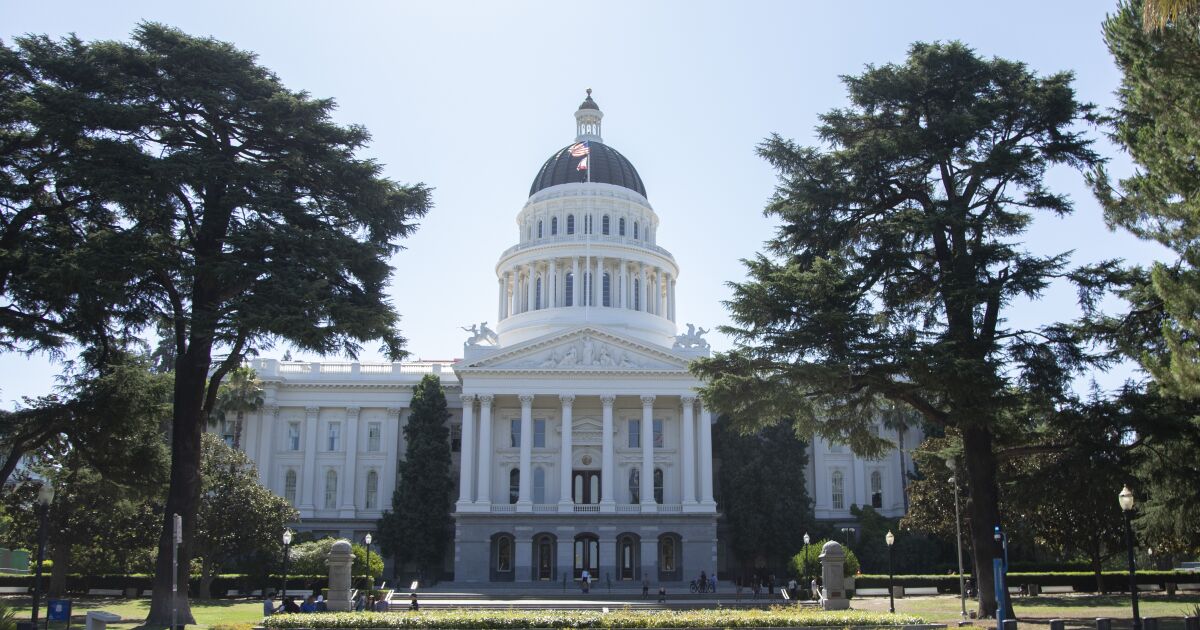 SACRAMENTO —  Memo to the executive and legislative branches of California state government from the judiciary: You’re not exempt from the laws you enact. You’ve got to obey them, too.

That includes when you’re trying to construct a fancy new building for yourselves.

The politicians want to tear down most of the state Capitol complex and erect a significantly more spacious, luxurious and modernistic structure costing $1.2 billion-plus.

Last week, a state appellate court in Sacramento ruled that the Newsom administration and the Legislature had violated the California Environmental Quality Act, or CEQA.

CEQA is often pesky and blatantly abused. But in this case, it’s a godsend.

The judges essentially said that the bureaucrats and lawmakers didn’t level with the public about the monstrous state Capitol construction project they’ve begun. They didn’t truthfully describe it or assess realistic alternatives, the jurists ruled in a 2 to 1 decision.

They never explained that the Capitol’s picturesque, majestic west front lawn and plaza — the site of protests, rallies and gubernatorial inaugurations over many generations — would be practically obliterated by installation of a visitors center.

Nor did they mention that a new east wing “annex” would have a glass exterior incompatible aesthetically with the 148-year-old granite Capitol.

The court voided the state’s approval of the project. It ordered the Legislature and administration to craft a new EIR with more candid details and to assess realistic alternatives.

“It is difficult to conceive of an instance where the nature of a project would dictate a greater degree of specificity and analysis [of] visual impacts than this project.”

The lone dissenter didn’t dissent much, only on a relatively minor issue. He concurred on the rest of the opinion.

The political brass “thought no one would challenge them so they could get away with it,” says Stephen Cook, an attorney for Save Our Capitol, a preservationist coalition that sued. “They also thought [lawmakers] would get a great deal of deference from the court.”

A save-the-trees coalition was aghast and also sued. A total of 133 stately Capitol Park trees are slated to be removed — chopped down or transplanted — to make room for the larger building and an underground parking garage.

The court didn’t save the trees. Its task wasn’t to judge the project’s merits. It was only to rule on the defendants’ compliance with CEQA. It found that the trees’ demise was adequately explained in the EIR.

“The tree thing has been exaggerated,” former Assemblyman Ken Cooley of nearby Rancho Cordova told me.

Cooley, former chairman of the Legislature’s Joint Rules Committee, was the project’s ardent champion. But the Democrat was narrowly beaten by a Republican in his reelection race last month. His victorious opponent, former legislative aide Josh Hoover, campaigned against the project, calling it “Cooley’s Taj Mahal.”

The historic domed Capitol is safe from the wrecking ball. But the larger annex, where the governor’s and legislators’ offices were located before being vacated last year, is slated for demolition.

During construction, the governor and legislators have moved temporarily into a new $450-million, 10-story building one block away.

The original majestic Capitol was completed in 1874 at a cost of $2.6 million. It was modernized — without being demolished — for $72 million and reopened in 1982. It contains the Legislature’s ornate chambers and leaders’ handsome 19th century-style offices.

The condemned six-story annex, which looks like a typical government building, attaches awkwardly to the old Capitol. It was completed for $7.67 million in 1952 when Earl Warren was governor.

Everyone agrees the annex should have been remodeled long ago. Fire sprinklers don’t exist above the first floor. Asbestos and mold are everywhere. Plumbing leaks. Narrow hallways are often jammed and inaccessible to wheelchairs. And the legislators’ underground garage is a security hazard ripe for car bombs that could crumble the Capitol.

The project’s opponents argue that the annex could be gutted and updated for less than half the cost of a new structure. You’d think that would be a strong selling point with the state again falling into red ink, looking at a potential $25-billion budget deficit next year.

But gutting and updating wouldn’t provide the legislators and governor with larger offices. And let’s face it, that’s this project’s principal attraction for the politicians.

What comes next is uncertain.

Demolition was supposed to start next month, but that’s on hold.

Project opponents hope they’ll at least consider moving the visitors center from the Capitol’s front porch to its south side yard. And get rid of what the court called “the glass curtain.”

Why the glass? It’s partly supposed to represent government transparency. Yes, they really say that.

In contrast, “The process around this project has been about as secretive as anything you’ve ever seen with the Legislature,” says Dick Cowan, past chairman of the Historic State Capitol Commission.

He resigned his post because the Legislature ignored the commission.

The politicians have acted as if the Capitol belongs to them and it’s solely their business.

The court reminded them in writing that it “is truly the people’s Capitol.”