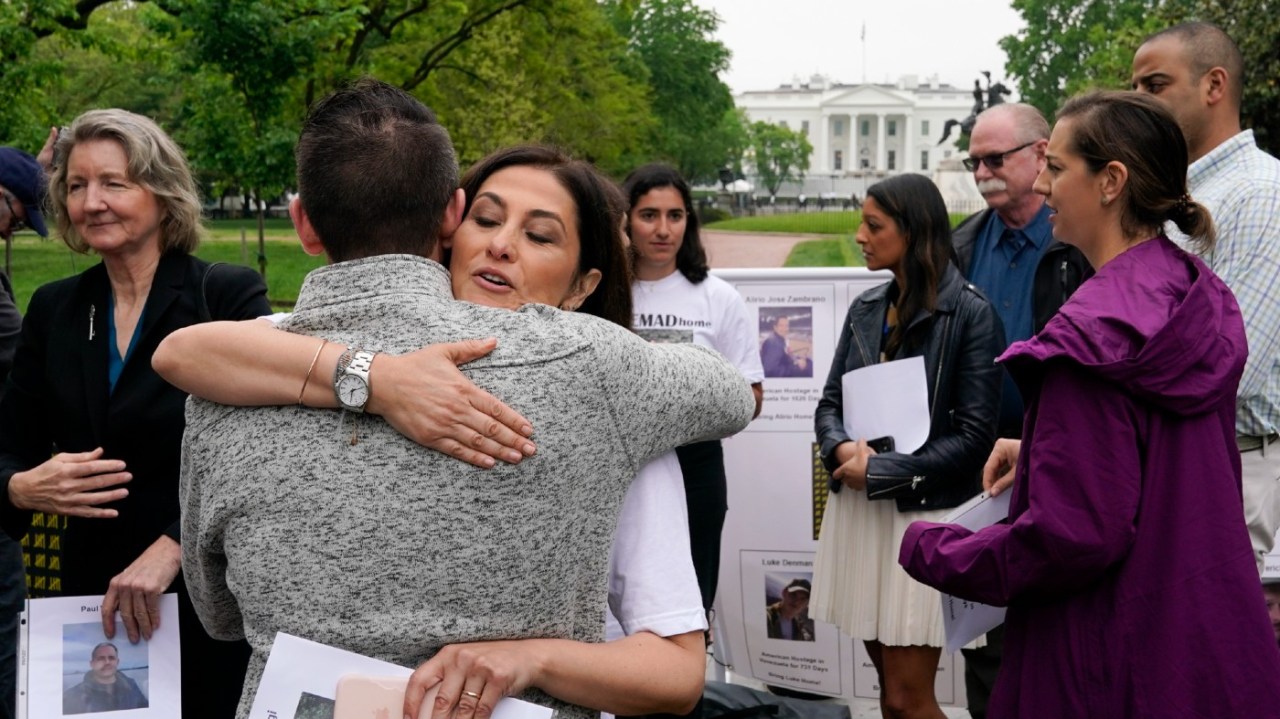 The family of Emad Shargi, who has been detained in Iran since 2018, criticized the White House on Sunday, saying officials need to give more attention to Shargi’s case following the release of WNBA star Brittney Griner from Russia.

Shargi’s wife, Bahareh, and his two daughters, Ariana and Hannah, joined CBS’s Margaret Brennan for an interview on “Face the Nation” following a prisoner swap organized by the Biden administration that freed Griner in exchange for an infamous Russian arms dealer, saying they have asked President Biden for a meeting about their family’s case but have yet to hear back.

Shargi was convicted of espionage without a trial and sentenced to 10 years in prison.

“We have still not heard from the president,” Hannah Shargi told Brennan.

“We have not received a meeting with him,” she added. “We’ve been asking as a family along with the other hostage families to meet with him for quite some time, and I just don’t understand why he isn’t meeting with us. I think it would make a big difference to sit down with him. I want to tell him about my dad, I want to tell him how scared we are, how pressing this matter is and how time sensitive it really is.”

Bahareh Shargi said her husband is innocent and “not well,” and called on the Biden administration to do more while expressing hope at Griner’s release.

“I was ecstatic for Brittney and her family,” she told Brennan. “Brittney should have never been detained, she’s an American citizen that was in Russia for no good reason at all. And I was very, very happy that she’s back home. And it also gives me hope because it means that this can be done for others, such as my husband and other Americans who are held in Iran.”

The Hill has reached out to the White House for comment.

When asked about Shargi’s case last week, Secretary of State Antony Blinken stressed that ending his and other Americans’ detainment in Iran can still happen despite a breakdown in reviving the Iran nuclear deal.

Sinema says she became Independent to not be ‘tethered’ by partisanship

The family on CBS hailed the State Department’s commitment to Shargi’s case but said the White House ultimately needs to increase its involvement.

“Frankly, I don’t think there is a good reason not to meet with us,” Ariana Shargi said. “I mean, we’re Americans first and foremost, before even just being a hostage family. But also, if Biden and his administration could have the courage and the fortitude to get Brittney out of Russia, while Russia is in a war with Ukraine, then I don’t see any reason why they shouldn’t be able to get my dad out of Iran.”

Share
Facebook
Twitter
Pinterest
WhatsApp
Previous article
Knock Some Names Off Your List With Up to 50% Off Toys and More at Walmart
Next article
Brittney Griner immediately shook hands with members of the crew returning her to the US, hostage affairs official says | CNN Politics
- Advertisement -