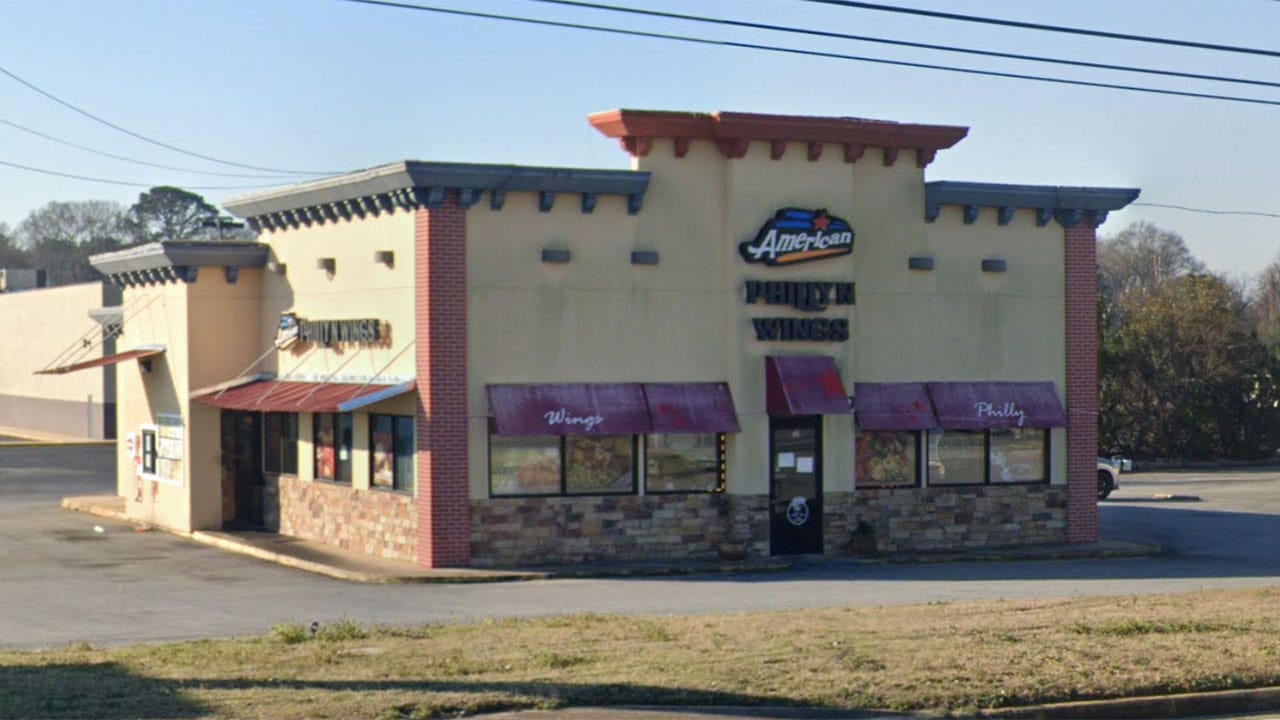 
An employee at a restaurant in Georgia shot and killed an armed intruder in self-defense after being pistol-whipped during the attempted robbery.

The employee was knocked to the ground and began fighting over the gun with the intruder, who police identified as 23-year-old Joshua Hickey, eventually pulling out his own legally owned pistol and fired at his attacker three times, striking him twice.

TUCKER CARLSON: SELF-DEFENSE IS THE CORNERSTONE OF ALL LIBERTY

Philly N Wings Restaurant in Warner Robins, Georgia, where an attempted robber was shot and killed by a store employee.
(Google Earth)

“Basically a male entered, later found to be Joshua Hickey, entered with a mask and a hood on. He did have a semi-automatic pistol,” Sergeant Justin Clark told WMAZ. “The restaurant worker was struck, hit the ground. As he was coming back up, he drew his own legally-owned firearm and fired three shots at Mr. Hickey. Mr. Hickey was struck twice and fled on foot.”

Officers were able to locate Hickey and transport him to the hospital, but he died of his wounds.

The employee, who has not been identified, did not sustain any injuries.

Philly N Wings Restaurant in Warner Robins, Georgia, where an attempted robber was shot and killed by a store employee.
(Google Earth)

Police warn that robbery and personal larceny tend to increase in December, rising 20% as the end of the year approaches.

“Theft in general does tend to increase around the holidays,” Clark said. “As far as our robbery numbers, though, from last year versus this year, we’re right on par to have about the same, which is 70, currently.”

The officer said people should remain vigilant when they are out shopping or eating during the season.

The Second Amendment of the U.S. Constitution states “the right of the people to keep and bear Arms, shall not be infringed.”
(iStock)

“Be aware of your surroundings, be aware of people coming in and out, pay attention to your doors and things like that,” Clark said.