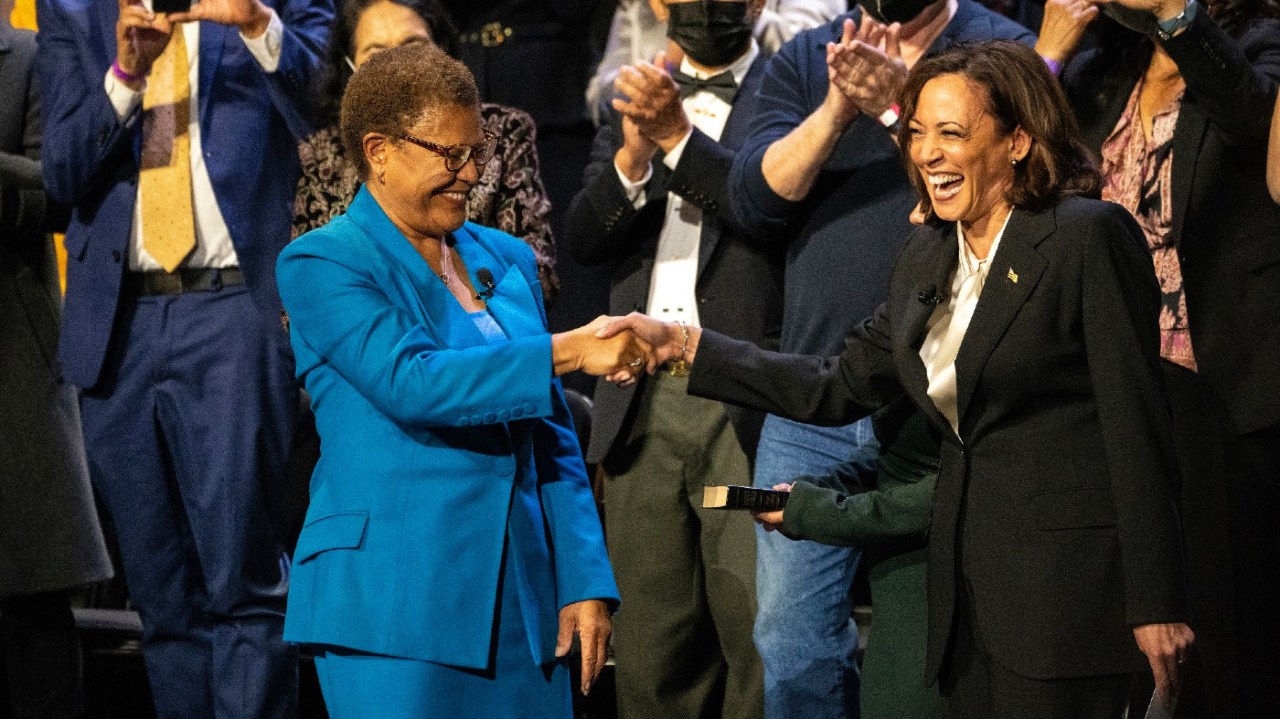 Bass thanked Harris for making the time to attend her inauguration, and bringing several members of Congress along on Air Force Two, adding “know that your city has your back.”

Bass, 69, defeated Democrat opponent Rick Caruso, a wealthy developer, in last month’s city election, becoming the first woman elected to lead the City of Angles. Bass is set to replace outgoing city mayor Eric Garcetti (D), who has been in office since 2013.

Bass used her inauguration speech to urge the city to join together for a “fundamental shift” in its approach to issues like crime and housing, which were central issues during the campaign.

“It also takes a fundamental shift – away from ‘no, that’s not my problem’ and to ‘how can we work together, and get to yes?” Bass said in her speech.

She reiterated that her first act as mayor would be declaring a state of emergency on homelessness, and said she would seek to build new housing in every neighborhood.

“We cannot continue to overcrowd neighborhoods that are already overcrowded,” she said. “This is my call to you, L.A. – to welcome housing in every neighborhood.”

She also pledged to increase police officers in some communities and to create a Office of Community Safety to confront crime in the city.

“Let me be so bold as to add that we can prevent crime and community violence by addressing the social, the health, and the economic conditions that compromise a safe environment,” she said.

Harris, alongside her husband, Second gentleman Doug Emhoff, was among the high-profile political figures to attend the inauguration ceremony at the city’s Microsoft Theater.