JK Dobbins rushes for over 100 yards with TD, Ravens skirt by rival Steelers 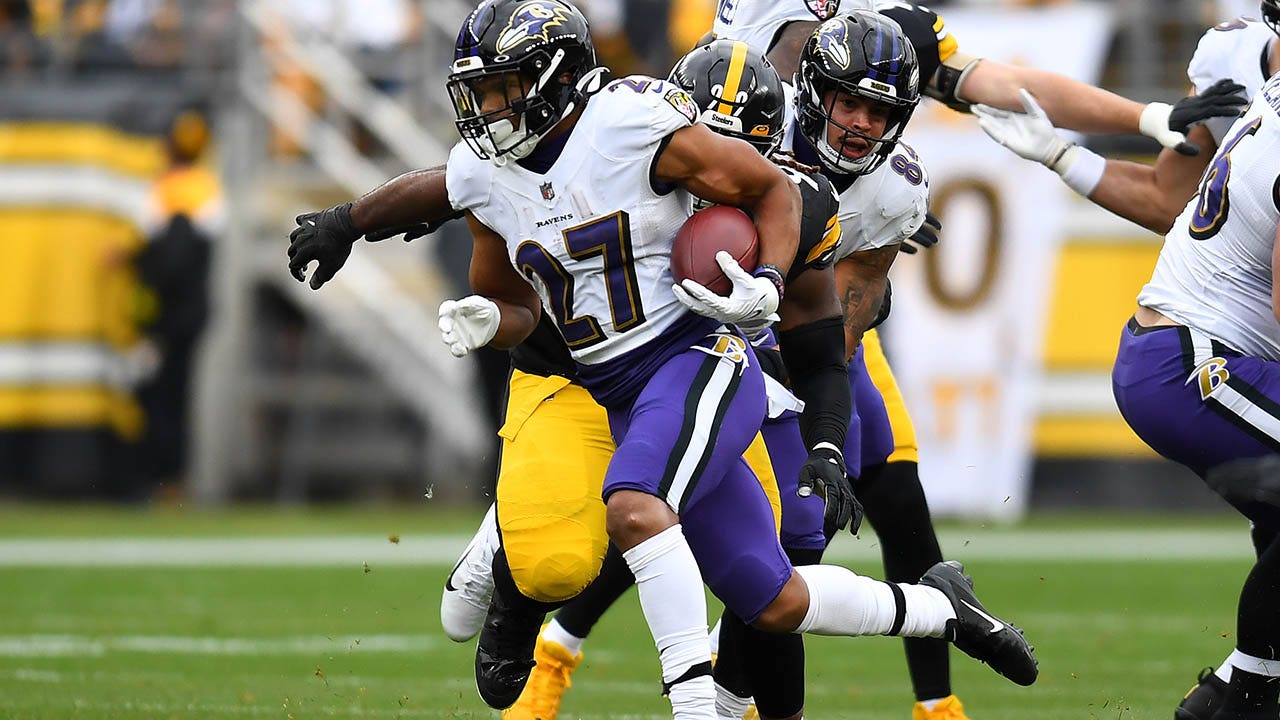 
The Baltimore Ravens were without Lamar Jackson for their Week 14 game against the Pittsburgh Steelers but still managed to come away with a two-point victory Sunday.

Tyler Huntley got the start for Jackson, who is sidelined with a knee injury he suffered last week. Huntley didn’t need to do too much to help the Ravens defeat the Steelers 16-14 but did what he could before he let the game with a concussion. Anthony Brown came in to replace him.

Tyler Huntley of the Baltimore Ravens scrambles against the Steelers at Acrisure Stadium on Dec. 11, 2022, in Pittsburgh.
(Justin K. Aller/Getty Images)

The rushing attack, luckily for the Ravens, took care of the rest.

J.K. Dobbins was a part of the rushing attack, appearing in only his fifth game of the 2022 season after missing the entire 2021 seasons. He ran for more than 100 yards for just the third time in his career, tallying 120 yards and a touchdown – the first time he crossed the goal line since Week 4.

J.K. Dobbins of the Baltimore Ravens runs for a first down against the Steelers at Acrisure Stadium on Dec. 11, 2022, in Pittsburgh.
(Joe Sargent/Getty Images)

Baltimore had 215 yards on the ground. Gus Edwards added 60 and Huntley had 31. The quarterback was 8-for-12 with 88 passing yards and, after he went out, Brown finished 3-of-4 with 16 passing yards.

The Steelers managed to keep the game competitive despite losing Kenny Pickett for most of the game after the rookie went out with a concussion. Mitchell Trubisky finished the game 22-for-30 with 276 passing yards, a touchdown pass but three interceptions.

Trubisky had a 10-yard touchdown pass to Pat Freiermuth to cut the deficit to two points but the defense failed to stop the Ravens on Baltimore’s final drive to get the ball back.

Baltimore improved to 9-4 with the win and Pittsburgh dropped to 5-8.