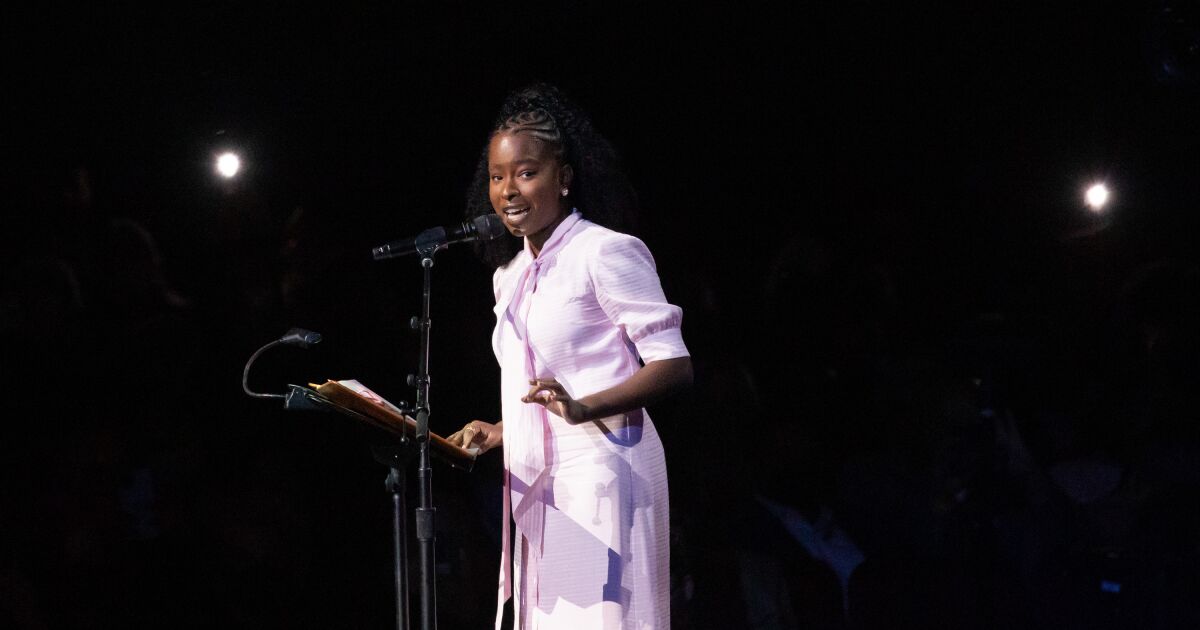 Gorman, who turned 24 in March, appeared Sunday at the Microsoft Theater, wowing the crowd from a circular side stage.

Less than four years later, she drew acclaim for her recitation of the original poem “The Hill We Climb” at President Biden’s inauguration.

That poem — which Gorman finished late into the night on Jan. 6, 2021, after watching pro-Trump insurrectionists storm the U.S. Capitol — captured the anguish and hope of a nation “that isn’t broken / but simply unfinished.”

The performance instantly cast her as a literary and media sensation — less than a month later, she became the first poet to take part in America’s most-watched sporting event, performing as part of Super Bowl LV.