Lemonade: Hold On For The Long Haul (NYSE:LMND) 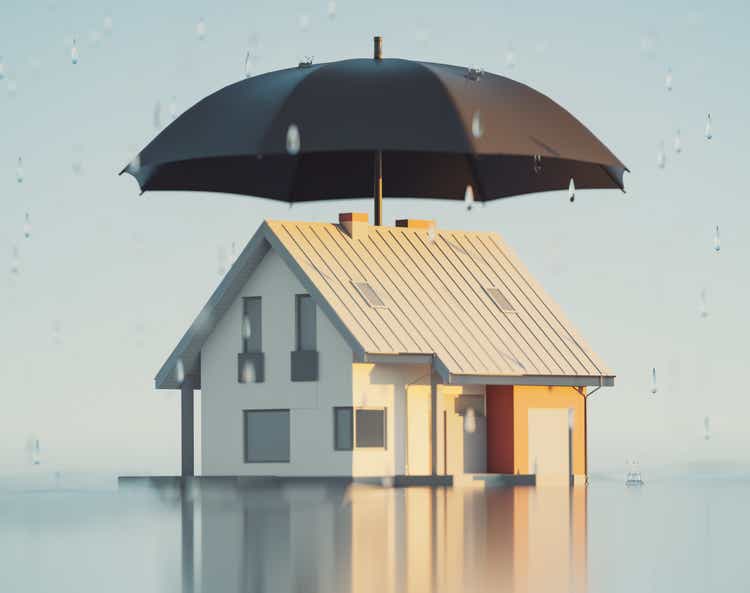 It’s commonly said that fortune favors the brave. Right now, amid interest rate-driven market turmoil and fears of an extended recession, many former high-flying growth stocks are trading at a fraction of their former prices, and investors who have a strong stomach to shoulder near-term risk could see healthy rebounds in the year ahead.

Look in particular at Lemonade (NYSE:LMND), the app-based insurance company that began as a renters’ insurance product but has since expanded into five unique insurance verticals. Lemonade remains one of the best-known internet insurance brands among younger adults, though its share price decline of ~60% year to date suggests a business that is headed toward the dumpster.

Losses in Lemonade accelerated after the company’s recent Q3 earnings print. In short, investors had issues with two things: a spike in net loss ratios in Q3, as well as weaker than expected guidance for Q4. Both of these factors, however, have mitigating circumstances that make the ~30% drop since earnings unwarranted – we’ll go into more detail here in the next section.

All in all, I remain bullish on Lemonade – especially when we consider the fact that the company is still in the early stages of capturing a very large insurance opportunity.

The long-term bull case for Lemonade

Here’s a very encouraging stat that most investors and customers probably don’t know: among renters insurance purchasers under the age of 35, Lemonade has the highest share at 22.1%, beating out some much more recognizable insurance brands in the industry. See the slide below from the company’s recent investor day:

As younger tech-savvy buyers continue to dominate the market of policies purchased, Lemonade has a great opportunity to grow. It frequently uses its renters policy as the anchor product, but as shown in the chart below, it has a roughly 33% cross-sell ratio with each of its four other insurance categories, which all carry much heavier premiums than renters insurance:

Here is my full bullish thesis for Lemonade:

Don’t lose sight of the fact that the insurance industry is still one that has yet to be massively disrupted by tech. Among all the insurtech plays that have popped up over the past few years, Lemonade is one of the best-recognized (as well as best-capitalized, with $1.06 billion of cash and investments on its most recent balance sheet!) contenders in the space.

Q3 failed to produce any enthusiasm for Lemonade on two counts.

The first was guidance for Q4: Lemonade expects Q4 revenue to land between $77-$80 million, the midpoint of which is below consensus at $80.4 million.

There’s a reasonable explanation here, however. Lemonade chose to pull forward marketing spend to Q3 because Q4 is its seasonally weakest quarter. Q3, meanwhile, is a moving season and an opportune time to land new customers. As a result of its decision to “step on the gas pedal” in Q3, Lemonade’s revenue in Q3 of $74.0 million (+107% y/y) came in well ahead of Wall Street’s expectations of $64.7 million (+81% y/y).

Management noted that it continues to expect the same amount of revenue/premium additions in the second half of the year as always, though the linearity between the quarters have shifted. We note that the company added $152 million of in-force premium in the quarter to end at $609.2 million (+76% y/y), mostly driven by the inclusion of Metromile in the company’s results. We note as well that the richer mix shift into more expensive car insurance policies has increased the average premium per customer to $343, a 35% y/y increase.

The second concern was on profitability. Admittedly looking at the chart below, it’s not a pretty story with net losses spiking to 105% in the quarter. However, the company noted that a few points of net loss were expected due to the Metromile acquisition, plus a few points of irregular loss from Hurricane Ian.

Our loss ratio had been coming down in recent quarters and Q3 saw a reversal in that welcome trend. The spike in loss ratio, however, was not unexpected. We had cautioned that the Metromile deal would have an adverse effect on loss ratios in the short term and Hurricane Ian added several points of loss ratio too.

With that said, we do anticipate the overarching downward trend to continue in the coming quarters, notwithstanding the occasional bumps.”

Don’t miss the opportunity to capitalize on investors’ short-term fears to build a position in Lemonade for the long term. This is a well-capitalized company with $1+ billion in net cash and a good runway to hit its target of becoming profitable by 2025-2026.