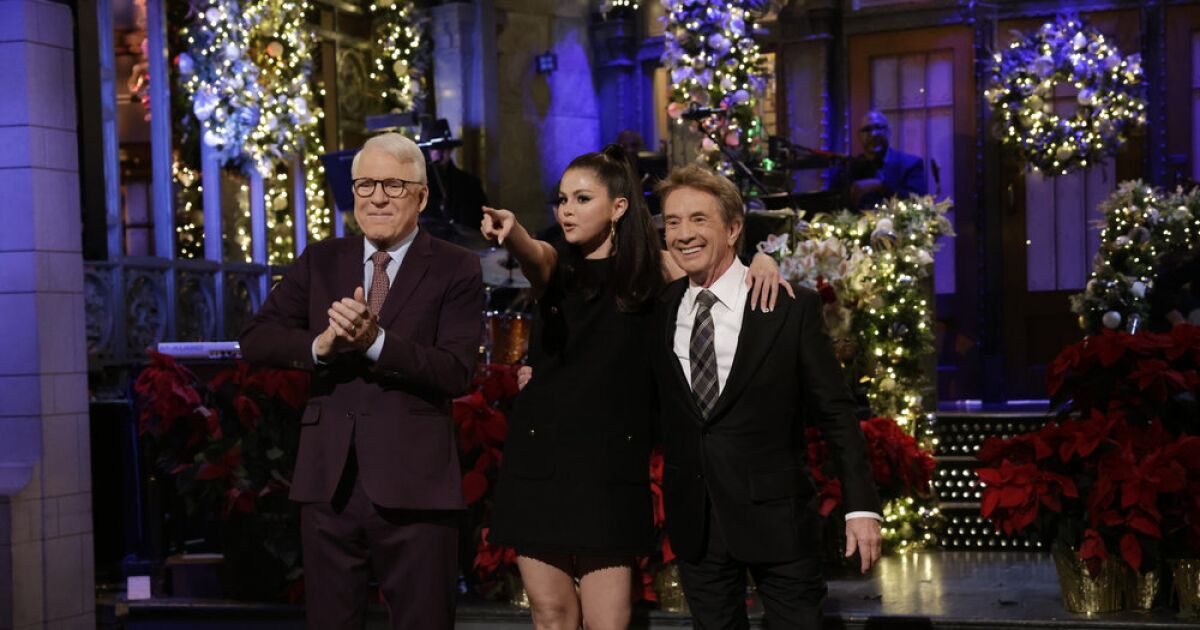 Only legends were in the building for this week’s episode of “Saturday Night Live.”

Longtime friends and comedy partners Steve Martin and Martin Short returned to host Saturday’s show with musical guest Brandi Carlile and a key assist from their “Only Murders in the Building” co-star, Selena Gomez. After crashing her cast mates’ opening monologue, Gomez also made a cameo during one of the sketches.

At the top of the NBC broadcast, Martin, 77, and Short, 72, traded some humorous insults before launching into a dramatic reading of fake eulogies they wrote in advance for each other by “coincidence.”

“Marty, I dedicate this eulogy to you — wow, not much of a turnout,” Martin joked. “Marty did not want to be cremated — too late — but I’ll always be haunted by Marty’s last words: Tesla autopilot engaged.”

“There’s so many great things that I could say about Steve Martin, but this hardly seems the time nor the place,” Short quipped. “Steve, you bland, overrated, white-haired son of a b—, where’d you go? I know Steve is looking down on us right now because he always looked down at everybody.”

After lamenting that Short had been “taken away from us too soon, but sadly not before he played Jack Frost in ‘The Santa Clause 3,’” Martin wondered who else he could “ever work with.”

“What about me?!” Gomez interjected to cheers from the studio audience that drowned out the hosts’ reactions.

Between sketches, Carlile performed “The Story” and “You and Me on the Rock,” featuring Lucius. Next week’s episode of “Saturday Night Live” will be hosted by Austin Butler with musical guest Lizzo.